Accessibility links
Putin Turns Photo Ops Into Soviet-Style Agitprop The Russian president admitted many of his stunts are staged. Critics say the state-run media may have returned to a time when Russians used the news to see what people in power expect them to think. 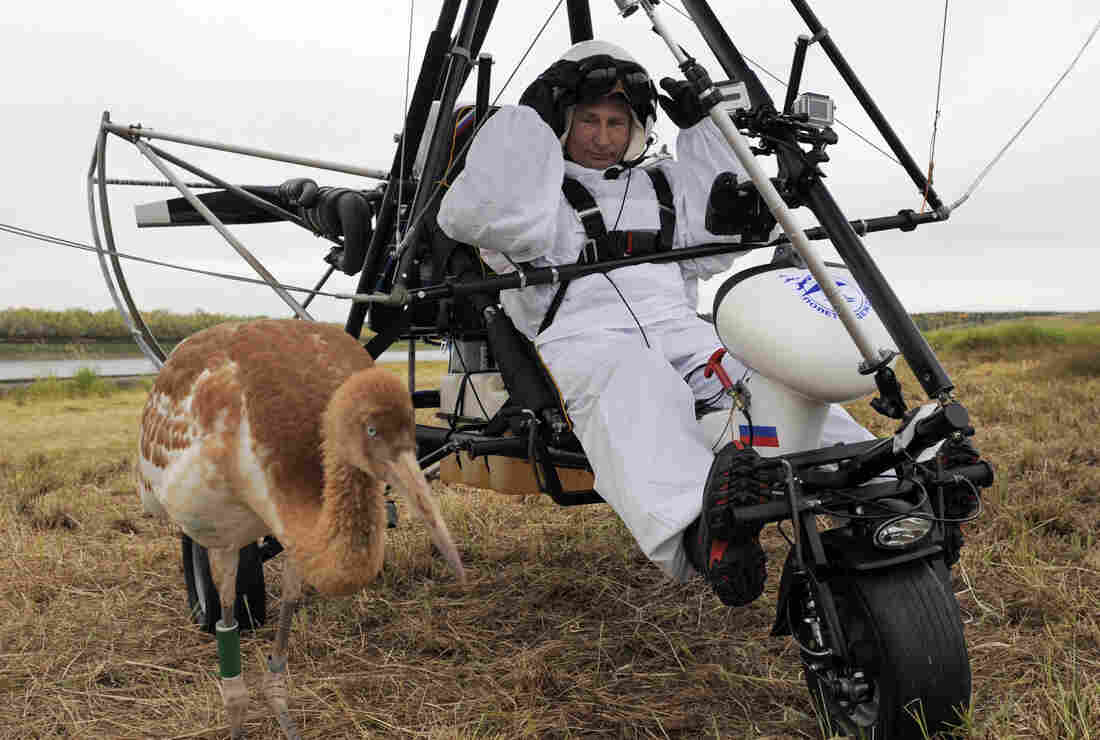 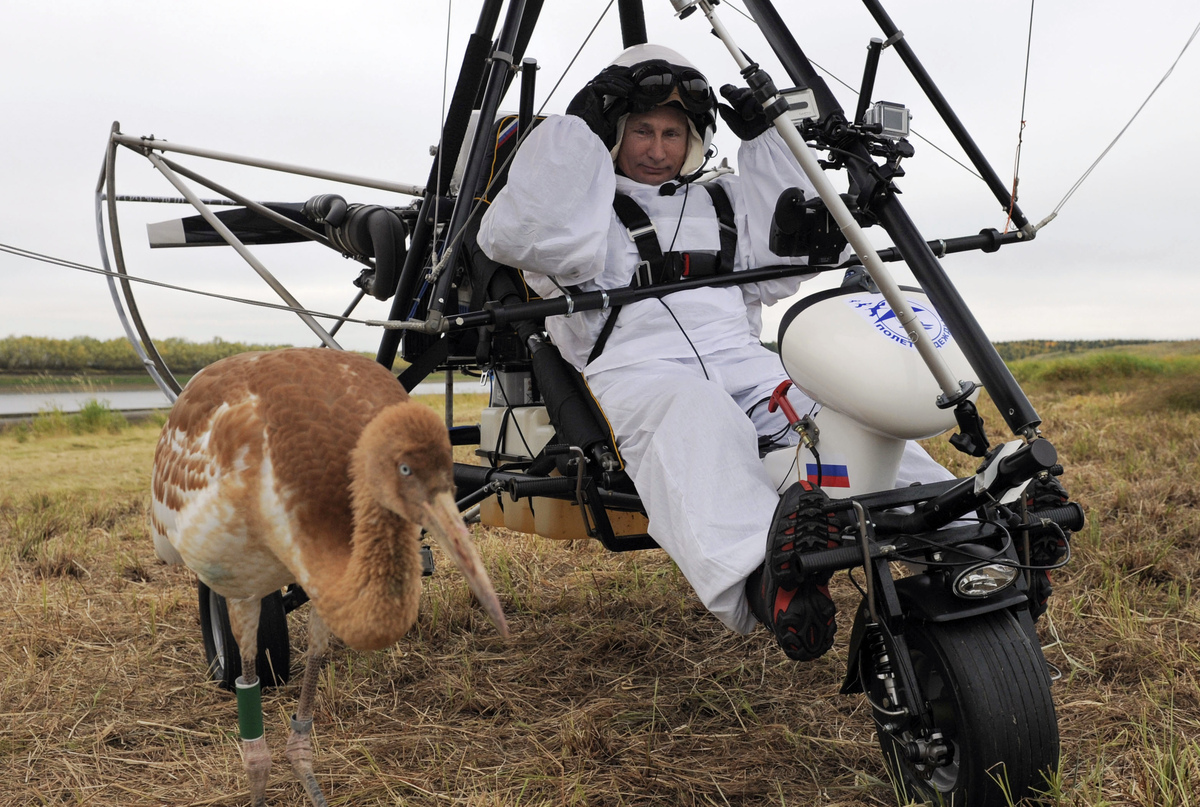 Russian President Vladimir Putin prepares to pilot a hang glider to lead a flock of cranes to their winter habitat.

It is rare to hear a politician say, "Of course it was a set up." But Russian President Vladimir Putin told a Russian journalist that many of his most picturesque media appearances — shooting a tranquilizer dart into a tiger who appeared about to pounce; tagging a wounded snow leopard; and, just this week, wearing a feathery white suit to pilot a glider to guide a group of cranes south for the winter — were staged.

"Of course there are excesses," he told Masha Gessen in Bolshoi Gorod magazine. But they were constructive deceits, he said, because they called attention to endangered wildlife.

A lot of Russians had been skeptical about President Putin's highly publicized displays of environmental daring. They thought the tiger looked a little glassy-eyed, and suggested he might have been trucked in from a zoo.

"But I thought up these tigers myself," Mr. Putin said. "Twenty other countries where tigers live also started taking care of them. ... The leopards were also my idea. Yes, I know they were caught before but the most important thing is to draw public attention to the problem."

The president also confirmed that a stunt last year, in which he appeared to dive to the bottom of the Black Sea and discover ancient Greek artifacts, had been staged.

"Well of course they were planted!" he said. "Why did I dive? Not to show my gills off, but to make sure people learn history. Of course it was a set up."

Actually, if President Putin has gills, I'd say he's entitled to show them off. If an American politician confessed to having gills, we'd see an attack ad that went, "Can an aquatic organism really represent your interests in Washington, D.C.?"

There was a joke in the old Soviet Union about the two state-run Moscow newspapers, Pravda (truth) and Izvestia (news). There is no truth in news, Russians used to say to each other, and there is no news in truth.

There are many who charge Mr. Putin's state-run media may have restored those times, when Russians don't turn to the news for news so much as clues to what people in power expect them to think.

On Friday, Russia's parliament expelled Gennady Gudkov, a former KGB officer and Putin ally who has joined an opposition party. Mr. Gudkov told reporters, "We have come very close to the brink that separates an authoritarian regime from a dictatorship."

President Putin was at an Asia-Pacific Economic Cooperation summit in Vladivostok and talked about this week's flight with the cranes.

"It's true," he told a press conference, "not all the cranes followed me at once. But only weak cranes did not follow me."