Accessibility links
Paul Ryan A Star Attraction For Values Voters At the same summit last year, many religious conservatives said they would support Mitt Romney only as a last resort. Now, he has Ryan to vouch for him. The GOP vice presidential nominee slammed President Obama on foreign policy, the economy and abortion in his speech Friday. 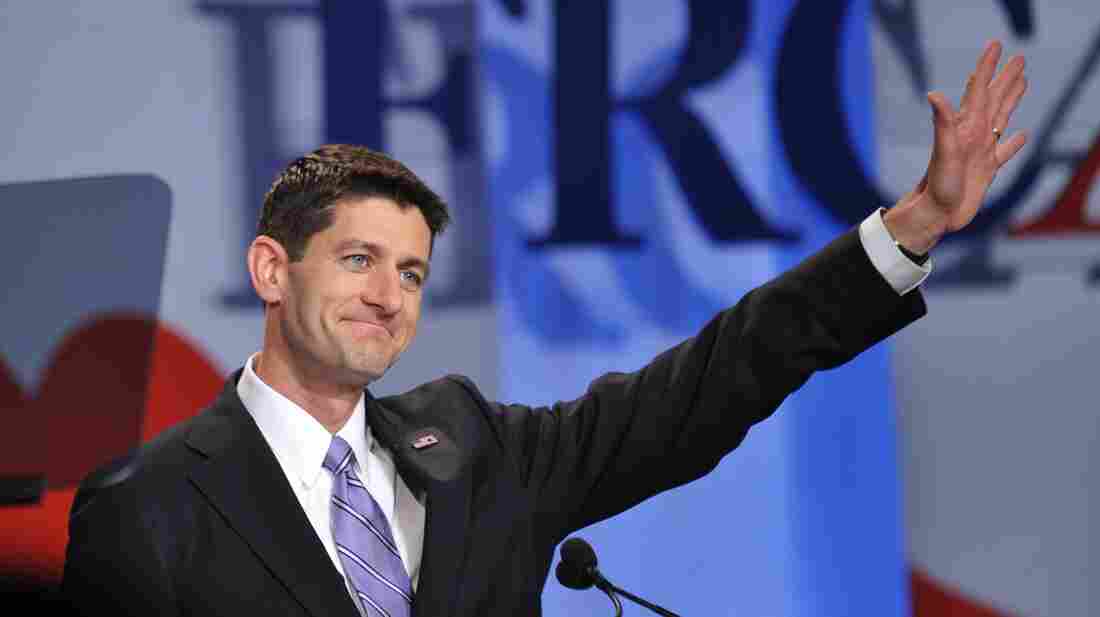 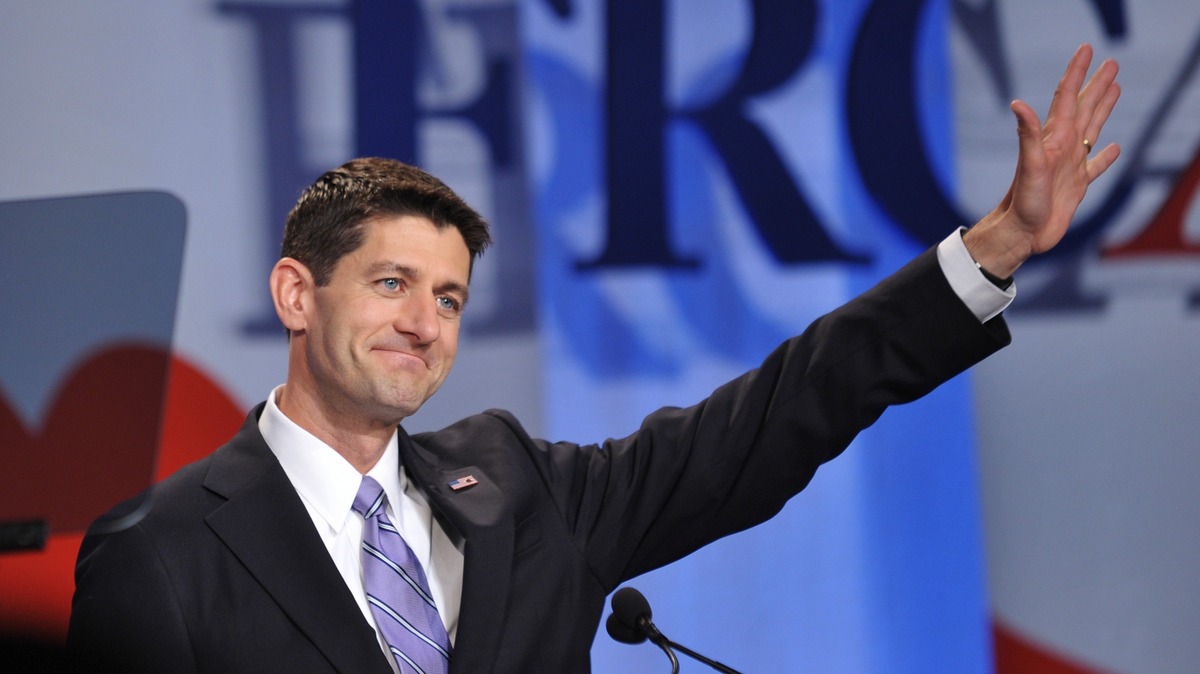 In this election, Christian conservatives seem to be more against President Obama than they are for Mitt Romney. But they do like GOP vice presidential nominee Paul Ryan, who used a speech Friday to vouch for Romney.

At the annual gathering of religious conservatives in Washington, D.C., there was also talk of this week's violence in the Middle East.

The Values Voter Summit got under way first thing Friday morning, with a speech from Tony Perkins, whose Family Research Council organizes this event.

"The Republican delegates met in Tampa for their convention. The delegates for the Democratic convention met in Charlotte. And now, value voters are meeting in Washington, D.C. And you are the value voter delegates, and this is our convention," he said.

There is always talk of foreign policy at the summit. Often, it is about the need to support Israel 100 percent. On that topic, Minnesota Rep. Michele Bachmann's speech included a dig at the president.

The hotel ballroom was packed by late morning for the star attraction: Ryan. He first gave a carefully calibrated statement about the violence in Libya, Egypt and Tunisia. He spoke of Ambassador Chris Stevens and the others who died.

"They were there for the most peaceful purposes in service to our country. And today, our country honors their lives and grieves with their families," he said.

Then, moments later, Ryan portrayed the violence as a product of a weak foreign policy.

"Amid all these threats and dangers, what we do not see is steady, consistent American leadership," he said. "In the days ahead, and in the years ahead, American foreign policy needs moral clarity and firmness of purpose."

For most of the speech, Ryan went after Obama for pursuing failed economic policies. Because this was an audience of religious conservatives, he also delivered a lengthy message accusing of the president of promoting abortion.

"In the Clinton years, the stated goal was to make abortion 'safe, legal and rare.' But that was a different time, and a different president," he said. "Now, apparently, the Obama-Biden ticket stands for an absolute, unqualified right to abortion — at any time, under any circumstance and even at taxpayer expense."

That is not the president's position on abortion rights. The Obama campaign responded that Ryan's speech contained "over-the-top, dishonest attacks."

It was last year at this same event that a pastor from Dallas called Romney's Mormon religion a "cult." Many in attendance then said they would support Romney, but only as a last resort. Friday, Miriam Harris from North Carolina said she first wanted Herman Cain, then Rick Santorum, before backing Romney. When asked if Romney is conservative enough, she took a long pause.

"I'm hesitating. But I'm not worried about it because I think a clear message has been sent to him that he must listen to the conservatives," she said.

Some religious conservatives have complained this election that social issues have taken a back seat to worries about the economy. But even organizers of this summit cite the economy as the top issue.

They quickly add that it's all connected: You can't have a strong economy if you don't have strong families.