Accessibility links
In 'Victory Lab,' A Concoction Crafted To Move Voters Political campaigning is increasingly driven by data. Journalist Sasha Issenberg says voter outreach has shifted from a precinct-centered game to one focused on individuals' behavior. In his new book, The Victory Lab, he says the smallest changes in tactic have had the biggest impact on politics. 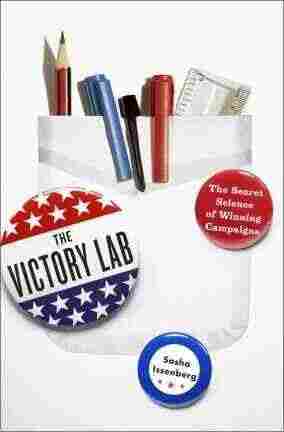 The Secret Science of Winning Campaigns

Campaigns today are collecting information that goes way beyond demographics. Data points as disparate as the catalogs you peruse or the car you drive all make up a picture that campaigns use to find common ground with their candidates — and get you to the voting booth.

One of those was a field experiment in 1998 by two political scientists from Yale. For the first time, they tracked the actual impact of phone calls, direct mail and door-knock reminders to vote. It turns out phone calls were not very effective.

"All of a sudden, campaigns realize that these things that they had been unable to sort of measure or test can be approached empirically," Issenberg says.

In that same time period, people in politics began combining the limited data available in voter registration records with the much larger databases commercial firms had on prospective consumers. Together, the sources provided a more intricate constellation of information, pointing the way to the voters who campaigns most needed to reach.

On what they do with the data

"Campaigns now run these sort of complex statistical algorithms that troll through these sometimes thousands of data points they have for every voter in the country and come up with a prediction of how they think they're gonna vote, if you're likely to cast a ballot at all, if you're going to be pro-choice, if you're going to be a gun owner. And those have become the sort of staple of campaigns sorting through the electorate in a far more nuanced, granular way. ...

"By reducing [geographically based outreach efforts] to an individual level, campaigns can interact with and mobilize one voter and not their neighbor." 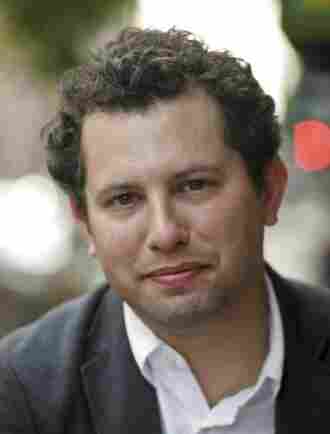 On politics as a behavioral science

"I think that a lot of the research that's informed by thinking from psychology ... has moved our idea of what goes on in a campaign from just changing people's opinions to modifying their behavior. ...

"There's sort of an underlying question of why do some people vote and other people not vote. And a lot of what we've learned through these experiments have been that there's a sort of social dynamic around voting. ...

Dissecting a Delicacy: the Story of Sushi

"This is an idea in the behavioral sciences is known as social pressure. It's been sort of tested in other areas, but only recently did people try to apply it to voting. And I think it's sort of freed some people in politics from just thinking about this as about policies or ideology or leadership values — that the ... ways in which you can nudge somebody to vote or register are things best understood in behavioral terms."

On the little changes outshining the big ones

"I think we're starting to understand that lots of little things have measurable impacts in campaigns. People's minds are largely made up, whether they know it or not, before an election starts. You know, the party you're registered with is highly predictive of how you're gonna vote. There are far fewer moveable parts, I think, when we get into the scrum of a campaign like this one than the media coverage leads us to believe, and far less ability for one great speech or amazing debate line to sort of change the architecture of a race. ...

"My guess is if we in the past found big things and thought they made a difference, we were looking for a story to tell more than we were actually accounting for the things that were moving voters."