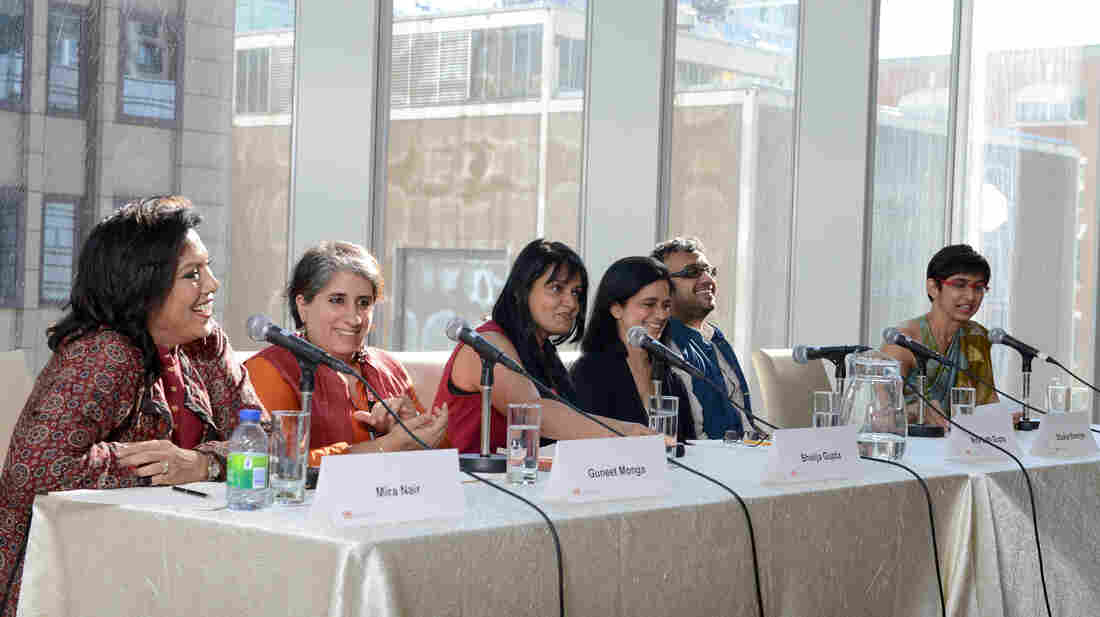 On Sunday, the annual Toronto International Film Festival came to a close after 11 days of screenings, meetings and, of course, parties. It's become an important place to kick off the fall film season. But this year, the festival wasn't only looking west to Hollywood — it was also sharpening its focus on the East, and the rise of new cinema from India, in particular.

One of the films at this year's Toronto festival was called Shanghai; it comes from Mumbai, and was directed by Dibakar Banerjee.

Banerjee's film is a searing portrait of both benefactors and victims of the economic boom in India.

"When everything is about more buildings, more factories, more companies, more MBAs and all that, a lot of vulnerable lifestyles get broken down, and there's resentment building up because everybody wanted a share of the pie, but only a few got it," he explains. "And those who haven't got it are watching, and they're not happy." 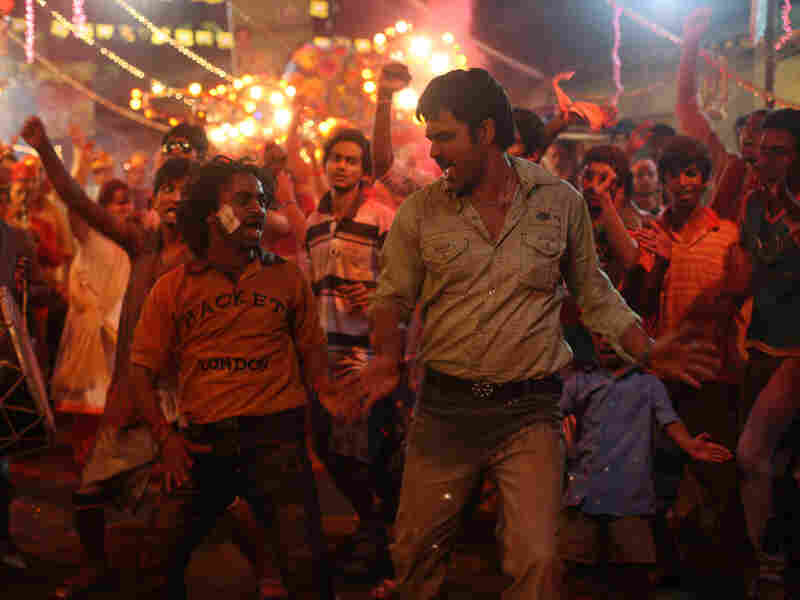 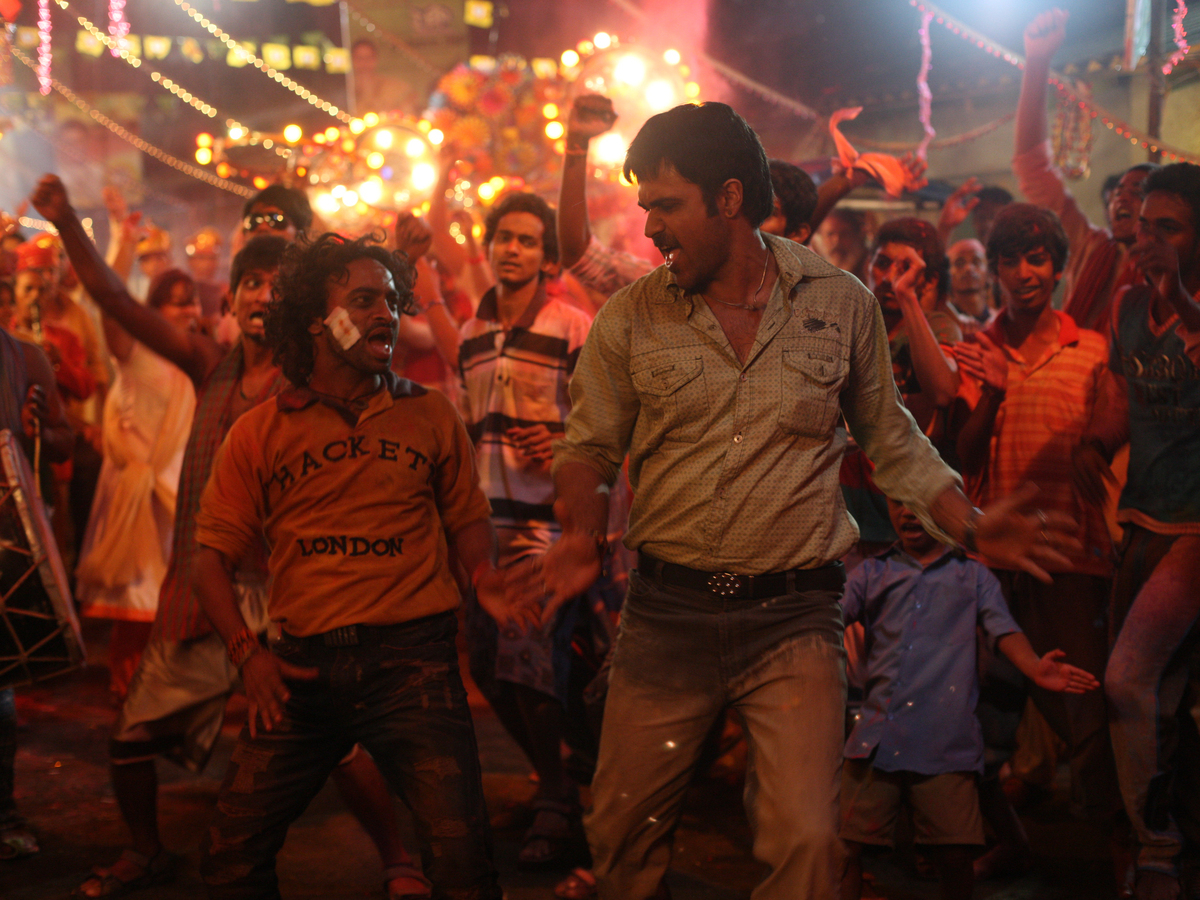 Dibakar Banerjee's Shanghai is part of a gritty new wave of Indian film.

For Banerjee, those social tensions are the stuff of important stories to tell, and his film is the standard-bearer for a recent wave of gritty, realistic films from India — movies that are very different from the exotic song-and-dance landscapes of Bollywood.

"It's really just dynamic right now," says Cameron Bailey, the Toronto film festival's artistic director. "There's so much great work going on. I feel like international festivals like ours should be paying — all of us should be paying more attention to what's happening in Asia."

He says in addition to showing the human side of the massive social and economic shifts in South Asia, these films are also creating a new kind of globalized aesthetic that's a good fit for Toronto.

"This is the city that discovered Slumdog Millionaire — the film was premiered here first — and that's, I think, a good example. It's a film by a British director, set in India, in English and Hindi. That's a completely normal Toronto film."

Toronto is itself a product of globalization. It's home to huge immigrant communities from India and China. Almost half of Torontonians are not white. Multiculturalism is the official government position. This all adds up to sold-out screenings of Indian films at the festival.

Walking past the red carpet, for instance, you might hear a gaggle of young women trying to catch the attention of South Indian superstar Siddharth, on hand for the premiere of Midnight's Children. The adaptation of Salman Rushdie's lush magic-realist novel screened as a gala presentation along with Mira Nair's The Reluctant Fundamentalist.

Nair's film, set in five countries, follows a young man with loyalties divided between East and West. For the director, Toronto was the natural venue to introduce the film to North America.

Nair made her name in 1989 with Salaam Bombay, a film about street children that was eventually nominated for an Oscar. She went on to direct Monsoon Wedding and The Namesake. When it comes to hyphenated, global storytelling with Indian roots, Nair paved the way. 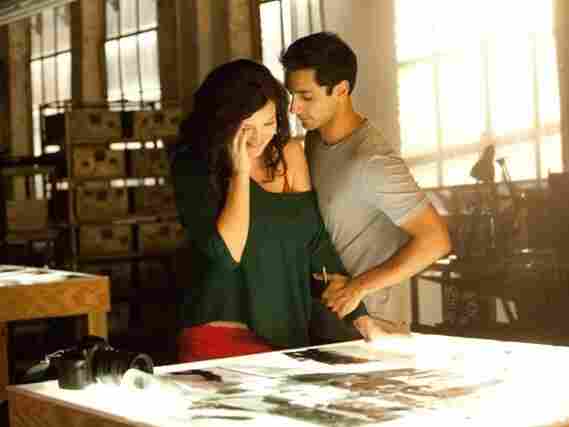 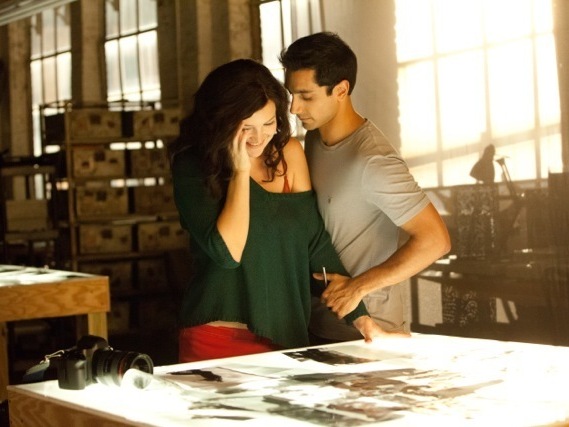 Mira Nair's The Reluctant Fundamentalist was filmed in five countries, with editing and post-production done entirely in India.

"The other day someone referred to me as the Dadi — the grandmother — of all this cinema, and I said, well, that's a little ageist, but I'm going for the Dadi syndrome, no problem." Nair says. "I feel very proud of the great vigor I see in Indian cinema now."

Nair, normally based in New York, took a different route with The Reluctant Fundamentalist.

"The difference for me in this film was that the post-production was done entirely in India, which is a very exciting thing to do because I realized that I can do it — I can make an international film of the highest of quality in Bombay. That's a lovely, empowering feeling."

The Art Of Making Art Involves Selling It, Too

Toronto isn't just a place to screen these kinds of films. It's a marketplace. In the industry lounge next door to the cinemas, directors meet producers, meet distributors, meet financiers — all on the hunt for new business.

"The market in Toronto is extremely well-developed," observes Guneet Monga, one of the most successful producers of independent films from India. She says just coming to Toronto opens doors.

"Once we're here, I don't have to explain that I make good content, I just have to walk in and say I have films in Toronto and it's a statement, and people take a meeting, and when I say that I have four films in Toronto, they're pleasantly surprised."

To spotlight producers like Monga, the festival hosted an all-day summit on Asian cinema this year. It brought Western investors and policymakers together with their Chinese and Indian counterparts to discuss everything from co-productions to censorship.

Artistic director Cameron Bailey was also behind the festival's focus on the East.

"I'm thinking back to what happened in the 1920s and '30s and '40s, when you saw so many Europeans come to Hollywood. They came for political reasons, often, just trying to escape pretty awful circumstances in some cases, in Europe, but they changed Hollywood. There was a new sophistication in the comedies, for instance — people like Ernst Lubitsch. There [were] just new kinds of stories that were being told. I think something similar will happen when we see Asia make its way into Western filmmaking in a stronger way. I think we're just at the beginning of that, and I wanted the Asian Film Summit to really help that conversation move forward."

Bailey says that for him, making Toronto a crossroads of cultures is also personal.

"My wife is Chinese-Canadian; we have a young son, he's 3 1/2 years old, he's just started preschool, and I want him to grow up in a city and in a world where all of his cultures are front and center, where he doesn't feel marginalized in any way, and so that's also part of why I'm doing this."

Toronto is a meeting point between East and West, but those encounters aren't just about multicultural warm-and-fuzzies — they're about a shared love for both the art and the dollars.