Accessibility links
Aimee Mann: 'Charmer Is Just Another Word For Narcissist' Mann has been making music since the 1980s; first, with the group 'Til Tuesday, and since then as an accomplished solo artist. Her new album, Charmer, is a series of character sketches exploring loyalty and exploitation. 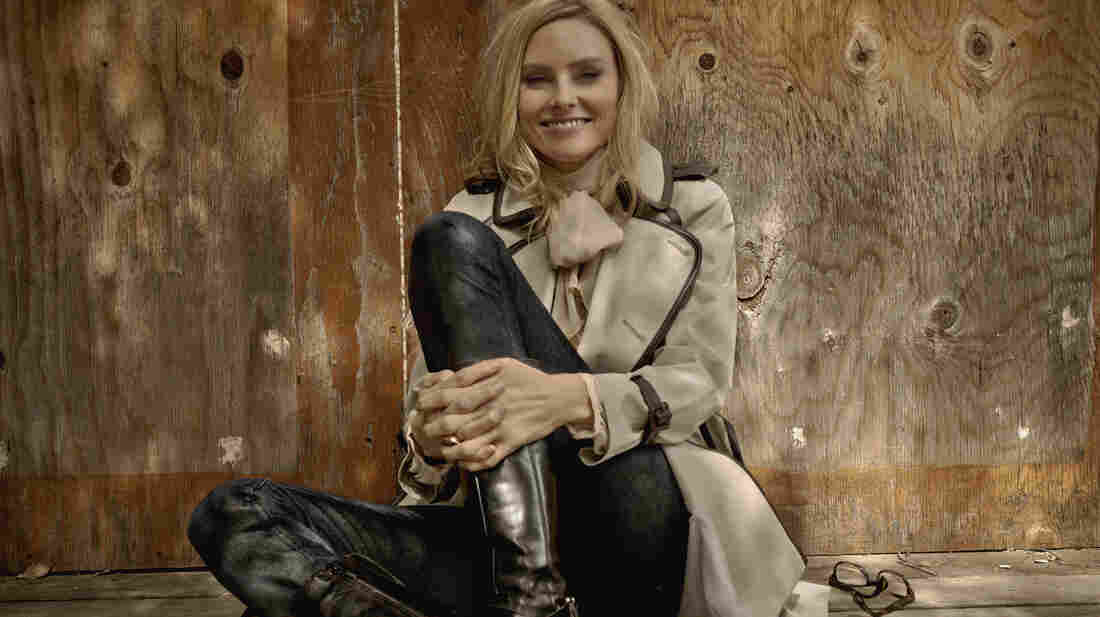 For Aimee Mann, the moment a song begins is often just before a performance. Sheryl Nields hide caption

Fans of Portlandia may recall a recent episode in which its main characters (played by Carrie Brownstein and Fred Armisen) get a good look at their new cleaning lady. They think the cleaning lady might be — and realize that it actually is — the singer-songwriter Aimee Mann.

Mann has been making music since the 1980s; first, with the group 'Til Tuesday, and since then as an accomplished solo artist. Her latest album, Charmer, contains a series of character sketches — including the title track, about that person who draws you in and may even exploit you.

"I'm fascinated by charming people," Mann says. "They're fun to be around, they're entertaining, they pay attention to you. They're a glorious addition to any group, until you spend a certain amount of time with them and start to realize that it's essentially a construction. But I totally buy into it. I think 'charmer' is just another word for 'narcissist.'

"My husband is a really great narcissist spotter," Mann adds. "He can tell in an instant. It's part of my exploration, like, 'Why am I so susceptible to this? Is it that they're flattering? Do they tell the story so well that I want to believe it?' I don't know. It's interesting."

Mann says she's fascinated the "guy who's with the crazy girl." That's the topic of "Crazytown."

"The crazy girl, upon first glance, looks superfun, sexy, spontaneous, full of life — you know, vivacious," Mann says. "But then there's the corner that's turned, and by the end of the night, you're holding her hair while she vomits, and she's falling off her high heels, and that kind of thing.

"It's based on a friend of mine who had a friend who was starting to talk about — you know, in their communication, was like, 'I've just had it! I should just end it all! Nobody would care.' So it was a lot of these kind of suicidal semi-threats. It got so prevalent that finally he became really worried and called the police. And then, of course, she got furious at him, like, 'Why did you do that? I was just kidding. I didn't mean it.' I took that and made it into more of a semi-romantic thing, where this guy is just completely in over his head with this girl and the constant dramas and craziness that go with her."

Still, Mann says, it's not a one-sided situation. These people enable each other.

"You're coming to her; she's not coming to you," Mann says. "If you go to Crazytown, don't think you can just visit and come out and be unchanged. You're both going there, and that's where you're going to live."

A Moment In Time

Among the many themes on Charmer, Mann touches on loyalty — both in "Crazytown" and in the warm, Hammond B3-laden song "Labrador."

"You want to hang in there and make it work, so this song is about the moment where this guy realizes, 'I've got to get out of this, man,' " Mann says. "At the same time, [he] realizes his part in it — he kept coming back."

These songs capture a moment in time; a moment in someone's life. For Mann, the moment a song begins is often just before a performance.

"I start with music, where I'm just kind of playing chords on a guitar and just mumbling to myself," Mann says. "But I try to just think, 'What's the mood? What's the emotional tone? And what kind of story goes with that?' I mean, honestly, there's a song I just finished, and it's too depressing. You know, I'm in a pretty good mood. I can't play this thing today, because it's really bringing me down."