Accessibility links
Interview: Michael Ennis, Author Of 'Malice Of Fortune' | Renaissance CSI In The Malice of Fortune, two of the biggest names of the Renaissance team up to track a killer. Michael Ennis pairs the ruthless political philosopher and the genius artist in a pulse-quickening, historical whodunit. 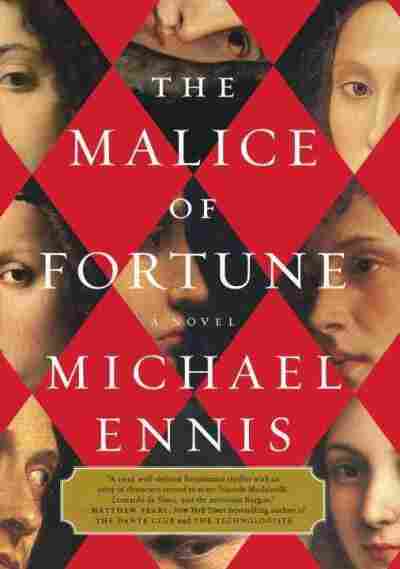 The Malice of Fortune

What would happen if two of the biggest names of the Renaissance — Niccolo Machiavelli and Leonardo da Vinci — teamed up as a crime-fighting duo? That's the idea behind Michael Ennis' new historical thriller, The Malice of Fortune. The mystery novel pairs the ruthless political philosopher and the genius inventor and artist together as an unlikely detective team on the trail of a serial killer.

Ennis first dreamed up the idea of Machiavelli-as-mystery-detective 12 years ago. "The conceit was he would use the precepts of [his political treatise] The Prince to solve a crime," Ennis explains.

Ennis wanted his work of fiction to be set against a backdrop of real events and historical figures. It takes place at the end of 1502 in a politically fractured Italy. The Borgias and a group of wealthy noblemen with their own private militias are in a struggle for control of the country. While researching these events, Ennis discovered that Machiavelli and Leonardo crossed paths in the same small Italian city at the same time these events were taking place.

That's when Ennis remembered that Leonardo had famously dissected corpses. "I went: Oh! He could be a Renaissance forensic pathologist!" With Leonardo's forensics expertise and Machiavelli's talents as a profiler, Ennis now had a crime-fighting team with a contemporary edge — a kind of Renaissance CSI. But he still needed a crime.

In the small Italian city, Ennis says Machiavelli and Leonardo "both met someone ... who I believe I can establish was what we would describe today as a psychopathic serial killer," Ennis says. Of course, Ennis can't say who that is without giving away the whodunit, but he can say this about the guy:

Just to make things a little more interesting, Ennis added some romance to the drama in the character of the beautiful courtesan Damiata, who would steal Machiavelli's heart.

Ennis thought he had written a winner, but when he tried to get the book published, no such luck. His agent sent the book around once and didn't get any takers. He made some changes, sent it out again — and still there was no interest. Finally, with the help of an editor, Ennis made drastic cuts in the book. 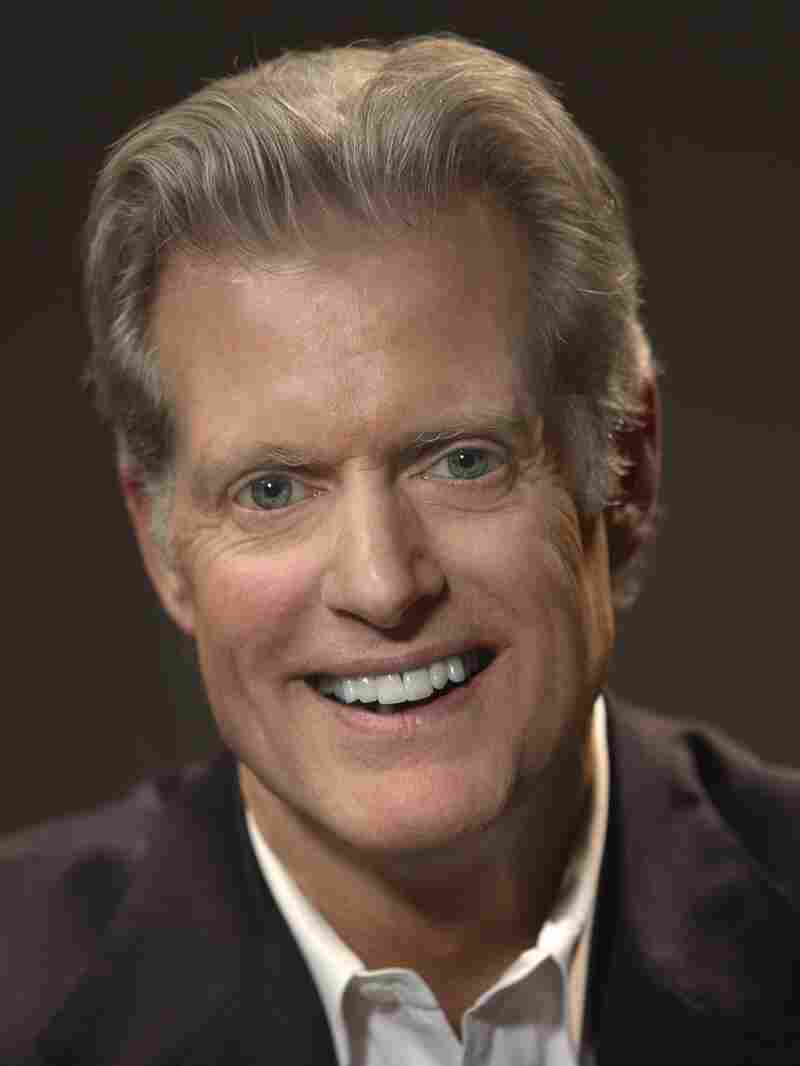 Michael Ennis is also the author of the historical novels Byzantium and Duchess of Milan. Stewart Cohen/Doubleday hide caption

"We'd taken two bites at the apple," Ennis says. "Now we had a manuscript that was half the length of the manuscript we'd originally submitted, but we're coming back for the third bite of the apple. Who's gonna listen to us?"

At this point, Ennis' agent came up with an idea: They would self-publish the book and send out about 50 copies to independent booksellers to gauge their reaction. Holland Saltsman of Pudd'nhead Books just outside St. Louis was one of the first booksellers to receive a copy. Saltsman remembers thinking: "I'm gonna try and get it in the hands of everyone I possibly can, simply because I think it's such a beautiful story," she says.

Saltsman wasn't alone. More than 20 booksellers wrote back praising the novel. Armed with their comments, Ennis and his agent submitted the novel again, and this time Doubleday bought it (reportedly for six figures.) Saltsman says she was fascinated by the Renaissance Italian world that Ennis brought to life.

"It talks about what the mission of man is, or the motivation of man," she says. It "also talks about fortune, or what's your fate?"

Saltsman says thinking about motivation, fate and power through this lens gave her a better understanding of the groundwork for The Prince. And it encouraged her to pick up the cutthroat treatise that made Machiavelli's name synonymous with unscrupulous leadership.

Saltsman says she now has a completely different idea about who Machiavelli was. That's exactly what Ennis is hoping for, because, he says, if you read everything that Machiavelli has written, "you acquire a picture of a man who is anything but Machiavellian. He's a scrupulously honest public servant; he's a loyal, charismatic friend; he's an incurable romantic."

And, not to mention, a great detective.

Read an excerpt of The Malice of Fortune