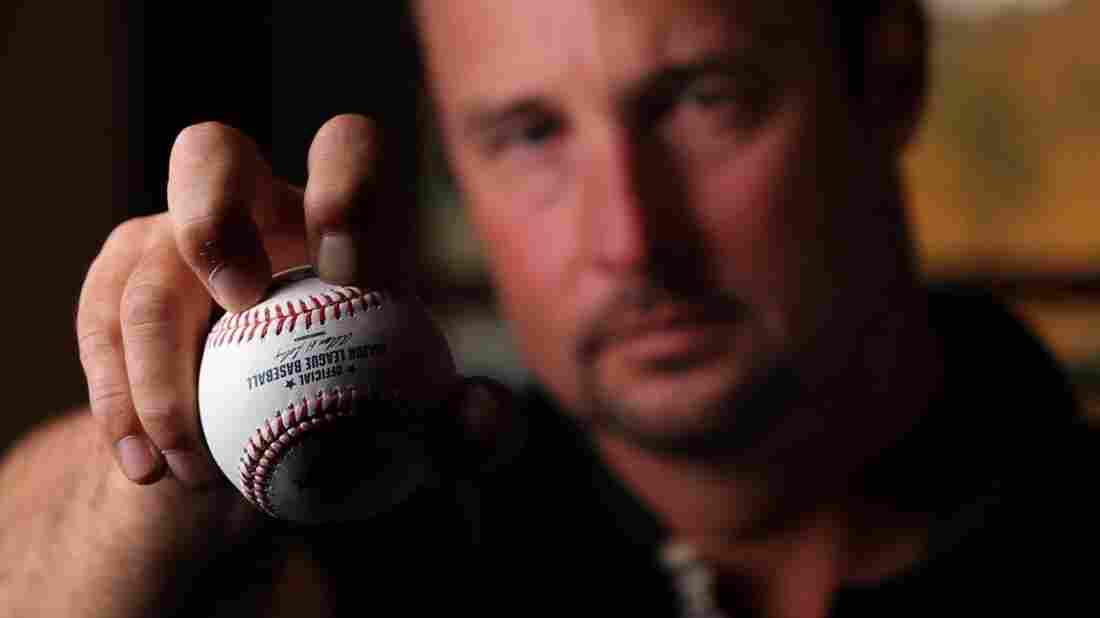 Tim Wakefield, formerly of the Boston Red Sox, was the oldest active player in the majors before retiring in 2011. For years he was the only pitcher throwing a knuckleball. Break Thru Films hide caption

There are essentially two things that can happen with a knuckleball. It can float toward the plate without spin, jerk around like boozy relatives at a wedding hall and make the world's best hitters look like hapless Looney Tunes characters. Or it can float toward the plate with spin, lope with a steady trajectory at 65 mph and give the world's best hitters the juiciest slab of red meat this side of Sizzler. When a knuckleball specialist is on, he's a magician, conjuring the dark and mysterious forces of the universe; when he's off, he's the pot-bellied assistant manager throwing batting practice.

Ricki Stern and Annie Sundberg's documentary Knuckleball! — the curious exclamation mark suggests the biggest flop in Broadway history — considers one of baseball's greatest quirks with good humor and a glancing touch. Last seen following Joan Rivers around for the affectionate profile Joan Rivers: A Piece of Work, Stern and Sundberg view the small fraternity of knuckleball pitchers as outsiders in their own right. Just as Rivers was pegged as a groundbreaking female comedian, brash and vulgar in forbidding times, knuckleballers are cast as pariahs and freaks, a carnival act breezing through town. In other words, they're not real baseball players because real baseball players don't get laid up by a chipped fingernail.

Throughout the history of Major League Baseball, only one or two knuckleball pitchers have tended to play at any one time, which keeps the pitch on the endangered species list. Stern and Sundberg have done well to round up all the living knuckleballers for interviews, including old-timers like Phil Niekro, Charlie Hough and Jim Bouton, whose classic book Ball Four details his efforts to develop the knuckler when his other pitches faltered. 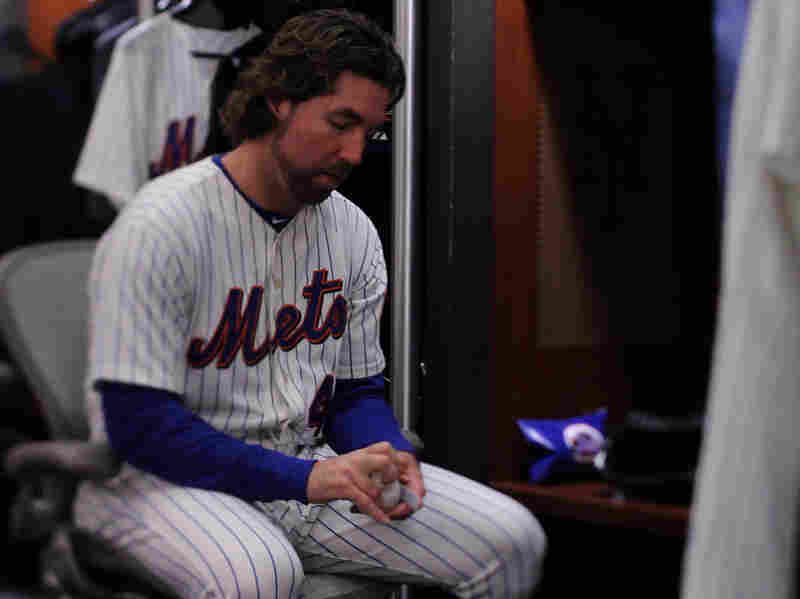 Knuckleball! also features the only other active knuckleball pitcher during the 2011 season: R.A. Dickey of the New York Mets. Break Thru Films hide caption 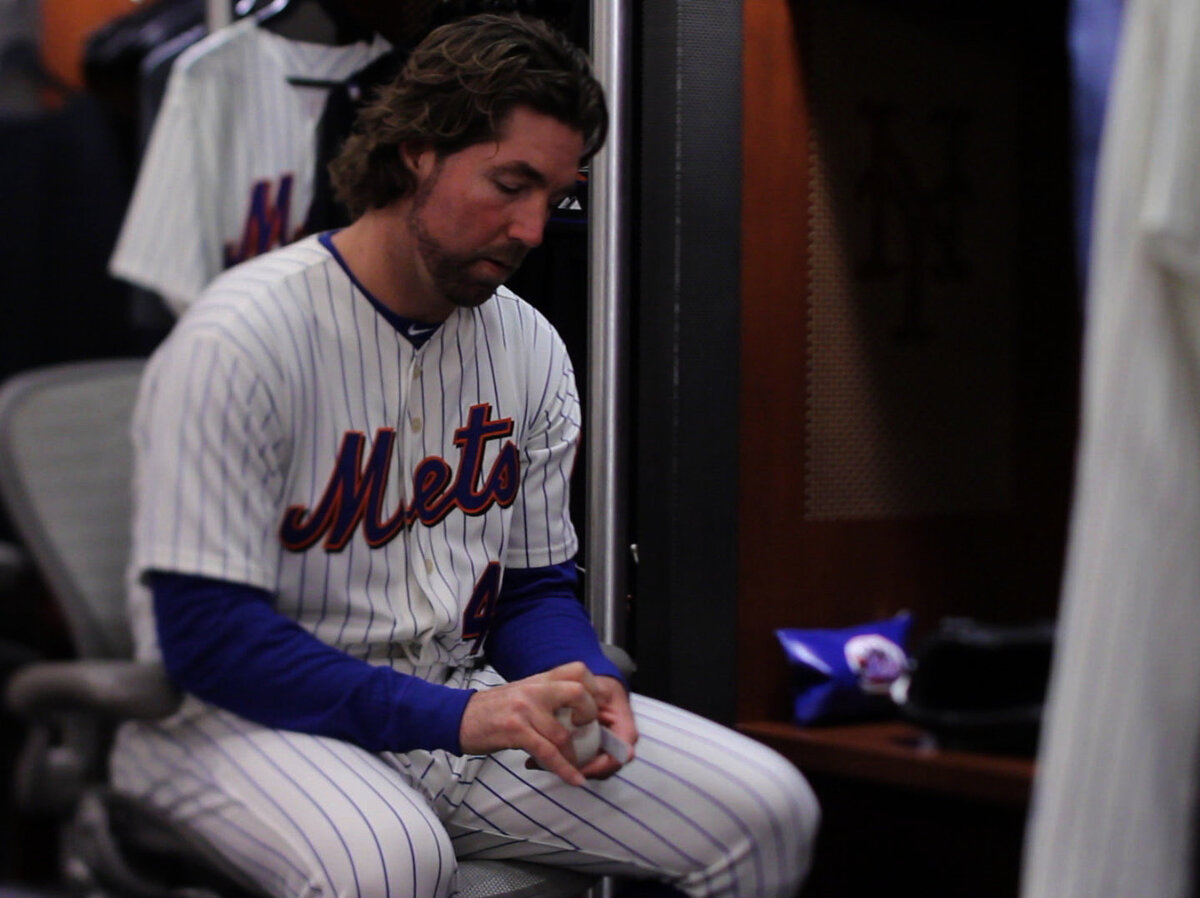 Knuckleball! also features the only other active knuckleball pitcher during the 2011 season: R.A. Dickey of the New York Mets.

Other than Niekro, nobody enters the league as a knuckleballer; the common denominator is desperation, a last-ditch effort to stay in the majors when all else has failed.

Stern and Sundberg focus on Tim Wakefield and R.A. Dickey, the only two active knuckleball pitchers during the 2011 season. The two men are on opposing career paths: Wakefield, still well-preserved after 19 years and two championships with the Boston Red Sox, intends to retire at the end of the season, which he hopes will include his 200th victory. Dickey, a journeyman pitcher who was kicked around to dozens of major and minor league squads, had refined the knuckler to devastating effect for the New York Mets and was expected to be the staff ace — if, of course, the pitch didn't betray him.

Wakefield and Dickey are great stories and endearing subjects, and their meetings with Niekro and Hough reveal a secret society of pitchers who openly trade bits of wisdom and commiserate over the times when the breakers didn't break. For managers, having a knuckleball pitcher on staff is an ulcerous condition: Even when the pitch works, the catcher can't always catch it, there are many passed balls and walks, and base-stealers have an extra step toward second. For this exclusive fraternity, winning the faith of managers, teammates and fans was and is a near-constant battle, requiring patience and indulgence in the worst of times.

Knuckleball! looks and feels like a standard ESPN documentary, slickly packaged and a little bloodless, and Stern and Sundberg lean a little heavily on music to goose up the excitement. It's better when they simply follow Wakefield's and Dickey's dramatic and circuitous paths to glory — and best when Niekro and Hough stop by to tell stories and pore over the mechanics of arm motion and grip. Together, they're stewards of a junk pitch, masters of a sandlot special, and they don't want its glorious mysteries to die with them.