Accessibility links
The Big East Conference: What's In A Name? Athletic conferences don't make much sense anymore. Commentator Frank Deford remarks on how the Big East conference is no longer as big or as east as it used to be. 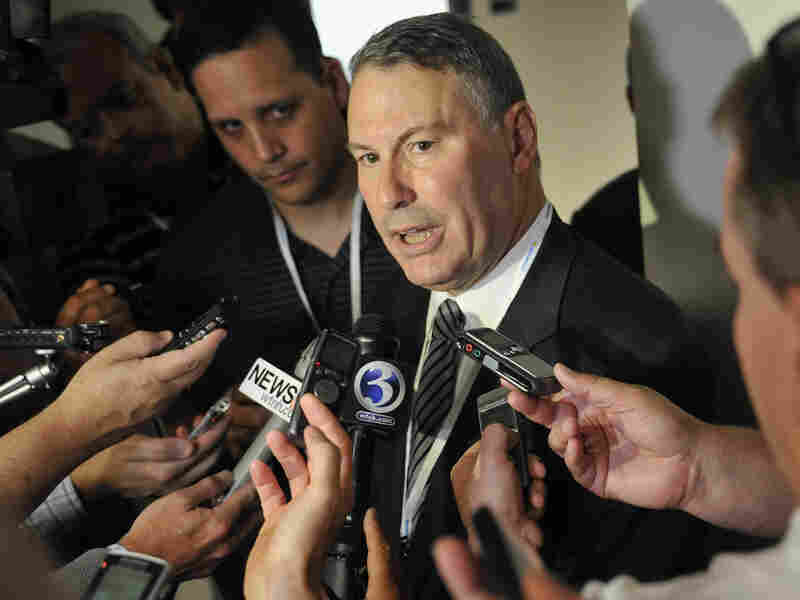 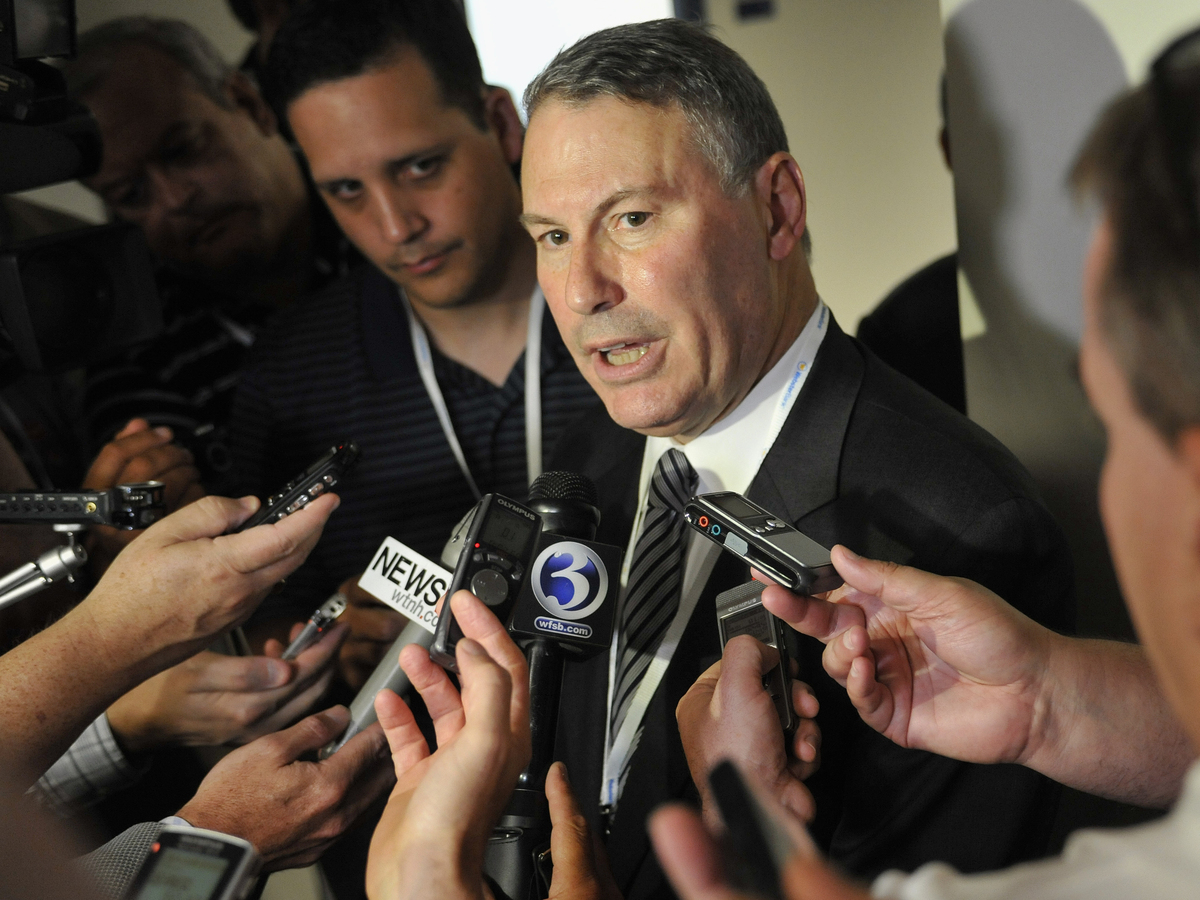 Big East commissioner Mike Aresco answers questions from the media before an NCAA college football game. Aresco says there are no plans for the conference to change its name.

All you have to know about the nonsense of college athletic conferences in America today is that the Big Ten has 12 members, and the Big Twelve has 10. Honestly.

But as badly as athletic conferences flunk arithmetic, they do no better with geography. Next year, for example, San Diego State will be in the Big East. This is like, you never could believe that Vladivostok, way out there, was really in Russia, could you?

Sometimes, don't you get the impression that most college presidents do nothing but look for better conferences for their schools? Some schools now even play halfsies. They belong to one conference for football and another conference for the cheap stuff.

Frank Deford: In With The South, Out With The East

What Notre Dame is abandoning is the Big East. The poor Big East. The original members are all looking for the door except the noble old Roman Catholic basketball schools that don't field quasi-professional football teams so nobody wants them, so their presidents have to spend their time working on boring academics.

For a while the conference was also thinking of changing its name to reflect, uh, true geography. I was thinking, for example, that instead of the Big East, it might call itself the Little All-Over. But, like the Big Ten and the Big Twelve, the Big East decided to keep living a lie.

All of this is being done for the big networks, who will pay big for the rights to air football games. This, at a time when studies continue to show that headball, uh, football, is dangerous to your mind, and that boys are falling behind girls in almost every academic measure, and that the United States is plummeting in college rankings around the world. Maybe what we should do is not try to export democracy, but, instead, export college football conferences, thereby diverting other nations' interest in higher education to higher football, like here in the United States — or, as I call it in football season: the Big United States.