Accessibility links
Claire Danes: Playing Bipolar Is Serious Business The actor says she researched her Emmy-nominated role as bipolar CIA agent Carrie Mathison by watching YouTube videos of people in manic states. She returns to television in the second season of Showtime's Homeland on Sept. 30. 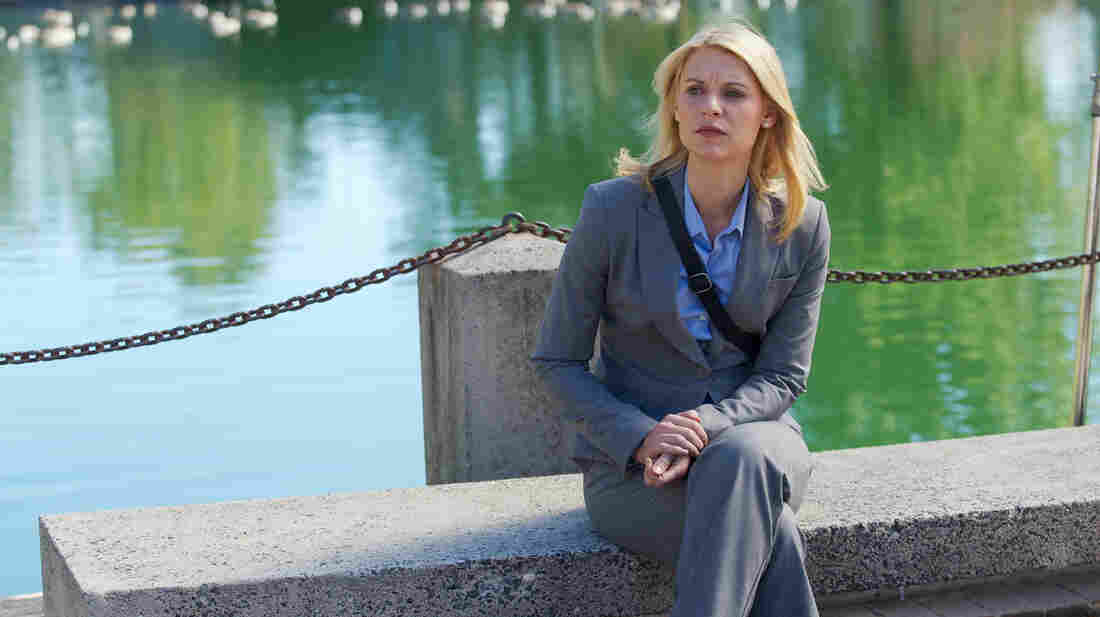 The second season is about to start for the Showtime series Homeland, a show whose cast and crew are up for numerous honors at the Emmy Awards Sept. 23.

One of them is Claire Danes, who plays a CIA agent who's become obsessed with the idea that an American hero — a Marine returned home after years of captivity in Iraq — has secretly become an operative for al-Qaida. Danes spoke to NPR's Steve Inskeep about preparing for the part, finding the character's body language and being "a big fat ham."

On playing a bipolar character

"I had to do a lot of research for this role. And actually, I found great material on YouTube. There was a lot of footage of people who recorded themselves when they were in manic states. I think they were probably up in the middle of the night and lonely and, you know, needed to talk. So they talked to the camera. So I gorged on sort of manic confessionals on YouTube.

"They talk at a very fast clip. But, you know, it's not a strictly unpleasant phenomenon. A lot of people are reluctant to treat themselves because they're so protective of those manic highs."

On her on-camera physicality

"I focus on the intention of the character and whatever thoughts and feelings she's having, and they seem to kind of naturally communicate themselves on the face. But I have to say that my dad's face is very malleable. He's barely got any cartilage in his face. I think I maybe inherited that Play-Doh-like physicality from him." 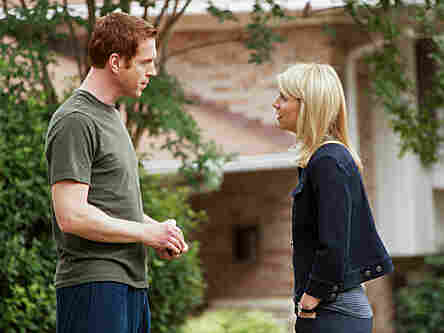 On starting her career at a young age

"I got an agent when I was 12, and I started working in more amateur productions well before that. But even as a kid, I never felt like a kid actor, you know? I always took myself kind of absurdly seriously. My first offer was when I was 12, and it was for a soap opera. And I turned it down because I knew that I was an unformed actor, and I didn't want to develop bad habits."

On taking herself seriously

"I've been performing since I was about 6. No, with real artists. I worked with people who took their work seriously, so I really cared about that stuff.

"Yeah, well, I mean, gosh, everything seemed so important as a teenager. So frickin' serious, are you kidding? I mean, that's why teenagers especially are so funny. But I mean, I have to be clear, too, when we talk about my being serious, I was also a big fat ham.

"And, you know, what we do is to play professionally, and I think I knew that. I didn't know how much I knew that as a kid. And I had to learn that there is real honor in being a total goofball."