Accessibility links
Do Scores Go Up When Teachers Return Bonuses? How do you turn average teachers into great teachers? One unusual field experiment suggests the answer may lie in giving bonuses to teachers upfront — with a catch: They have to give back the money if student performance doesn't improve. 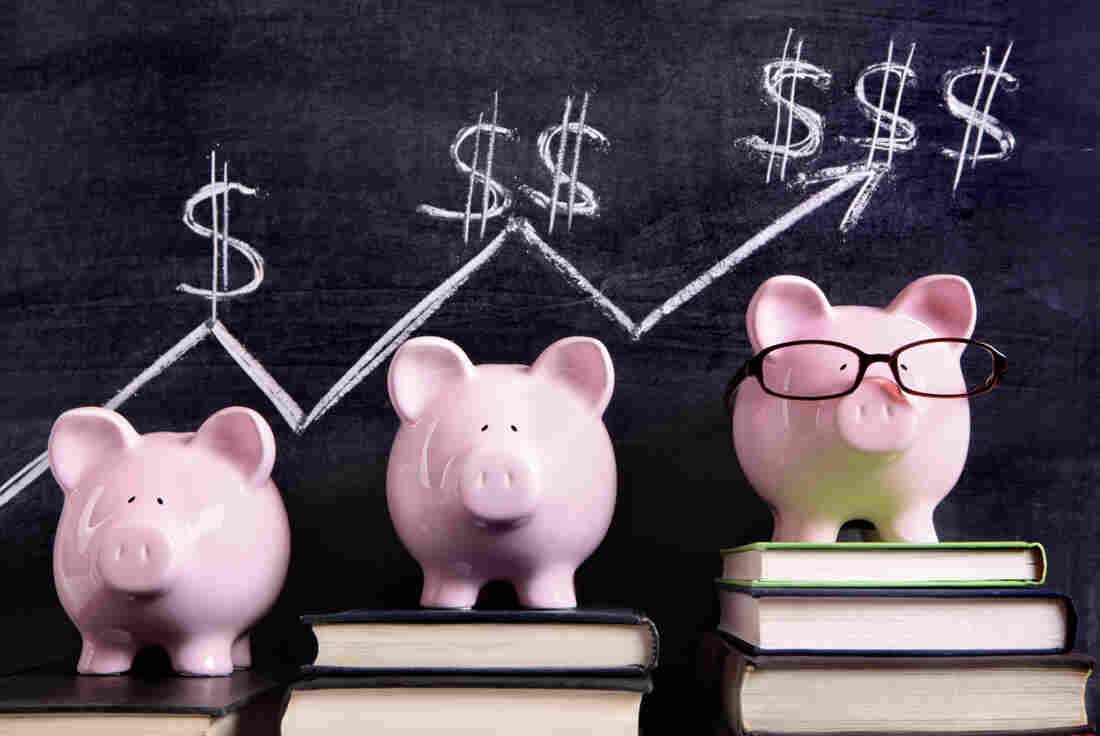 An incentive system that gave bonuses to teachers upfront, with the threat of having to give the money back if student performance didn't improve, proved effective in one study. David Franklin/iStockphoto.com hide caption

In Chicago, parents were fuming over a weeklong strike by teachers. Around the rest of the country, in the face of growing evidence that many U.S. students are falling behind, administrators have tried to devise different ways to motivate teachers.

Among the contentious issues is whether teachers should be held accountable for their students' performance on standardized tests. Such efforts have produced enormous conflicts between school districts and teachers. In many parts of the country, administrators and teachers have fought one another to a standstill.

That's where a novel social science study may have the potential to shift the conversation.

Economist John List at the University of Chicago recently conducted an unusual field experiment in Chicago Heights, a school district near Chicago. List and his colleagues found a struggling school district: Only 64 percent of students met minimum state requirements on achievement tests. Nearly all the kids qualified for free or reduced-price school lunches, a measure of straitened socio-economic conditions.

List and his colleagues, Roland G. Fryer, Steven Levitt and Sally Sadoff, divided 150 teachers into three groups. One group got no incentive; they just went about their school year as usual. A second group was promised a bonus if their students did well at math.

The third group is where the psychology came in: The teachers were given a bonus of $4,000 upfront — but it had a catch. If student math performance didn't improve, teachers had to sign a contract promising to return some or all of the money.

Other U.S. studies have found limited evidence that traditional bonuses do much to shift student scores.

List said the idea of giving some teachers money upfront — with the threat of taking it away later — builds on a well-known psychological principle: "What we tried to capitalize on in this particular study was a concept called loss aversion," he said. "Once we have something in our possession, we feel it would be really, really painful to have to give it up."

Loss aversion has been shown to be a powerful motivator in many business settings, but List said this was the first rigorous test of the principle in an educational setting. The idea, he said, was that by giving teachers the money upfront, they might work harder to keep the money at the end of the year than they would if the money had been promised as a traditional bonus.

"What we found is strong evidence in favor of loss aversion," he said. "Teachers who were paid in advance and [were] asked to give the money back if their students did not perform — their [students'] test scores were actually out of the roof: two to three times higher than the gains of the teachers in the traditional bonus group."

List said he thinks that the incentive system motivated teachers to be extra vigilant with underperforming students. If Johnny didn't get a concept, a teacher stuck with Johnny — and the concept — until the kid got it.

List said future studies might also tweak the incentive system: Teachers may be asked to return the money for underperformance periodically, rather than all at once at the end of the year. Prior studies involving loss aversion have found that the technique is more effective when people feel the threat of periodic and regular losses.

But there's another catch: List warned that the bonus system needed buy-in from teachers. Teaching isn't like making widgets; it requires motivation and passion. If teachers feel they are being manipulated rather than encouraged to improve their performance, they could end up looking for other lines of work.