Accessibility links
Adrian Sherwood: Dub Without Borders The British producer, who has been obsessed with Jamaican dub music since he was a teenager in the '70s, has forged a career of working with his idols and extending their influence to other genres. 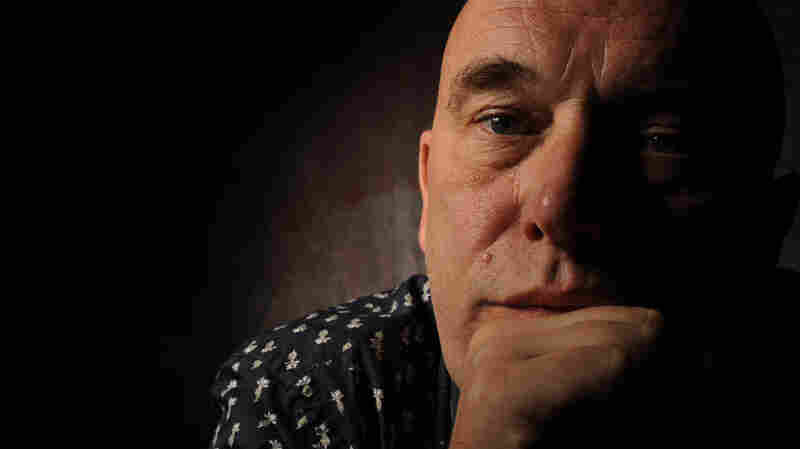 Adrian Sherwood's latest album, Survival and Resistance, was released on Sherwood's own On-U Sound label in August. Courtesy of the artist hide caption 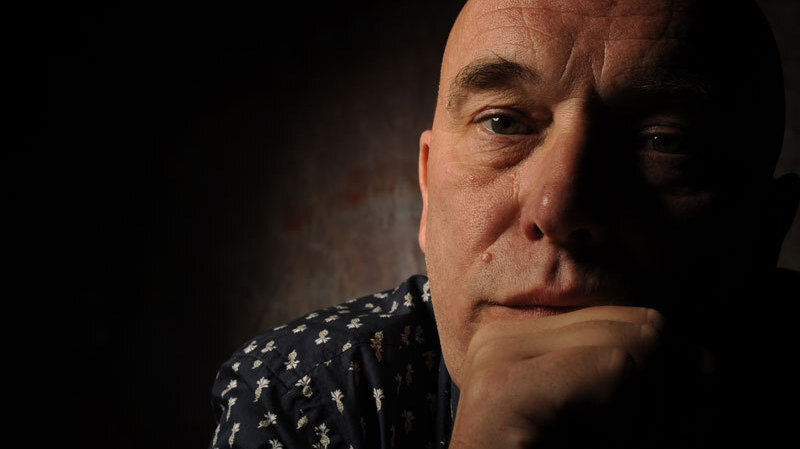 Adrian Sherwood was born in London in 1958. As a kid he fell in love with Jamaican music.

"If you were listening outside a reggae club the optics were shaking off the wall and you thought the building was being demolished," Sherwood says. "This was 1970, 1971. I was 12 or something."

The music that knocked him over is called dub, a mostly instrumental form of reggae that came out of Jamaica in the 1960s. It's a bassy, muted, pared-down version of its ancestor, often recorded on low-fidelity equipment. Sherwood says that dub's production techniques shaped the way he approaches his own work.

"It wasn't particularly just the dub but the techniques of it and the fact that the production was so exciting and uncluttered," he says. "So whatever I've applied my production to, whether it be funk, industrial, anything ... I've made sure they have the same space as in those great Jamaican productions."

Over a career that spans 30 years, Sherwood has fused the sounds of post-industrial music from the U.K. with Jamaican bass and rhythms. He built his name working with his idols, reggae artists like Lee "Scratch" Perry, Bim Sherman and Prince Far I. He's also produced for the industrial band Nine Inch Nails and the rock group Living Colour and remixed the electropop act Depeche Mode.

But Sherwood has put out only three albums of his own. The latest, out this year on his own label On-U Sound, is called Survival and Resistance.

Since Sherwood started On-U Sound in 1979 the label has released over 100 albums and singles, and it's where the producer brought together a family of artists that includes Dub Syndicate, New Age Steppers and African Head Charge.

"I find myself become like a brother to him," says Bonjo Iyabinghe Noah, leader of the group African Head Charge. On-U Sound put out African Head Charge's first album, My Life in a Hole in the Ground, in 1981. Noah says its not just Sherwood's skills on a mixing board that make him a favorite with musicians.

"The good thing about Adrian is that he was able to socialize especially with Jamaican people. Somehow they just like him," he says.

Noah has worked with Sherwood for most of his career. Together they've influenced another generation of British dub makers that includes Kevin Martin, who records as The Bug. Martin says he first heard a record from On-U Sound at a friend's house.

"He put on African Head Charge, who I'd never heard of before, but he also asked me to participate in a very large bong," he recalls. "I remember hearing chain saws, jet planes, voodoo chants, the most insane percussion sounds and mad dub effects. Literally, I had to run out of the guy's flat because it all seemed so out of control."

Martin returned to the album a month later to make sure he hadn't hallucinated the sounds. He hadn't.

"It's the chaos and madness that he navigated that was really interesting to me," says Martin. "His combination of taking very London-based post-punk sounds and mixing them with the heaviest dub definitely had a huge impact on me."

On the new album, Survival and Resistance, high-pitched electronic swells scatter across rumbling piles of low end. Delicately keyed piano melodies drift atop echoed dub effects. It's a little dub, a little industrial, some bossa and some blues roots. A whole lot of Sherwood. His sound is something he could pursue because owning his own label gave him complete control, and responsibility.

"You create your own destiny. You rise and fall on your own decisions," Sherwood says. "I'm very proud, although my label probably cost me a fortune over the years, it is my calling card, and that's what I'm very proud of."