Accessibility links
Movie Reviews - 'Trouble With the Curve' - Eastwood, Adams Keep Up With The 'Curve' Robert Lorenz's directorial debut, Trouble with the Curve, pits new against old on the most American of battlegrounds: the baseball field. Critic Mark Jenkins says the film's unfussy sensibility does justice to its exploration of family, purpose and love of the game.

Eastwood, Adams Keep Up With The 'Curve'

Eastwood, Adams Keep Up With The 'Curve' 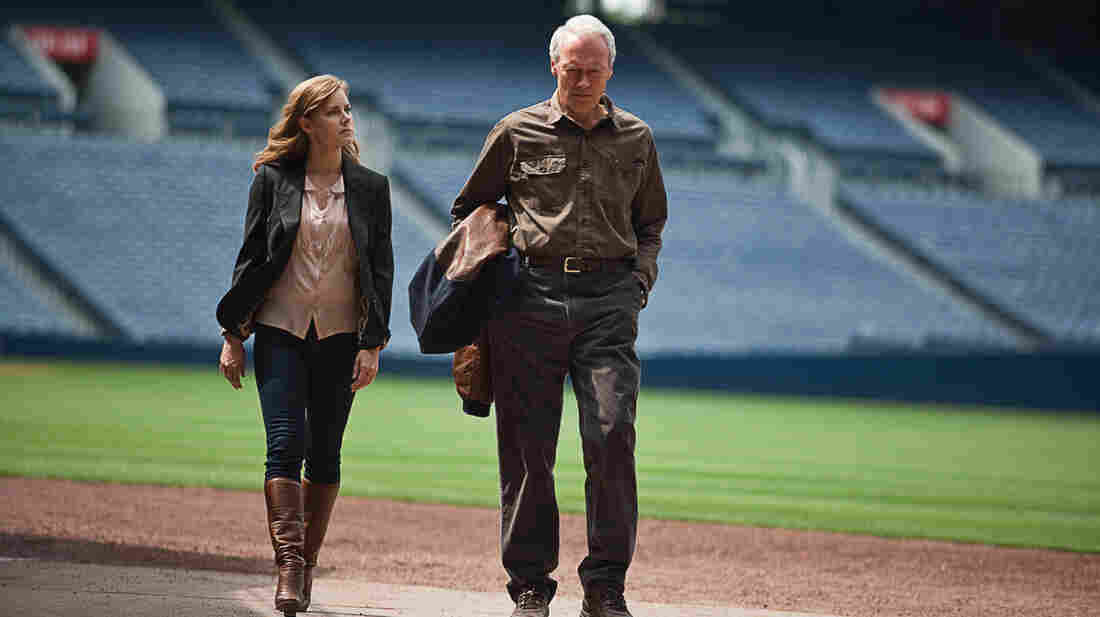 Trouble with the Curve

Predictable but appealing, Trouble with the Curve is the latest of Clint Eastwood's odes to old-fashioned attitudes and virtues. That the star neither wrote nor directed the movie in no way prevents it from being another political address from a man who considers terseness one of a hero's greatest qualities.

The film is gentler than most Eastwood fables; it proceeds without gunplay and stages its big showdown on the Atlanta Braves' home field. But that doesn't mean the story is without antagonisms. It pits new against old, male against female, modesty against arrogance and honest blue-collar types against those epitomes of white-collar trickery: lawyers.

Introduced while struggling in the bathroom with what used to be a simple function, Gus (Eastwood) is a gifted but dilapidated Braves scout whose vision is nearly shot. He regularly bumps into things around the house and represents a hazard on the road. But he believes he can still pick young players better than the computer-using youngsters — you know, like the Moneyball guys — because he can hear a perfect hit or a flawless pitch.

Gus' scouting skills have been passed along to his daughter, Mickey (Amy Adams), who's named for Mickey Mantle. But she has pursued self-reliance by becoming an attorney. In fact, she's on the verge of making partner when her father's avuncular boss (John Goodman) calls and asks her to help Gus on a trip to North Carolina. She says no, but she doesn't really mean it. While Randy Brown's script keeps insisting that father and daughter are estranged, Eastwood and Adams' cozy-cranky rapport suggests otherwise.

Gus has been assigned to check out a new slugger, who is also being observed by a fledgling Boston Red Sox scout, Johnny (Justin Timberlake). The viewer will immediately know that Bo (Joe Massingill) is not the real thing, because he's conceited and mouthy. (Eastwood's complaint that President Obama talks too much about Osama bin Laden's slaying quickly comes to mind.) And it's easy to spot the unassuming, taciturn baseball prodigy who will eventually put Bo in his place. 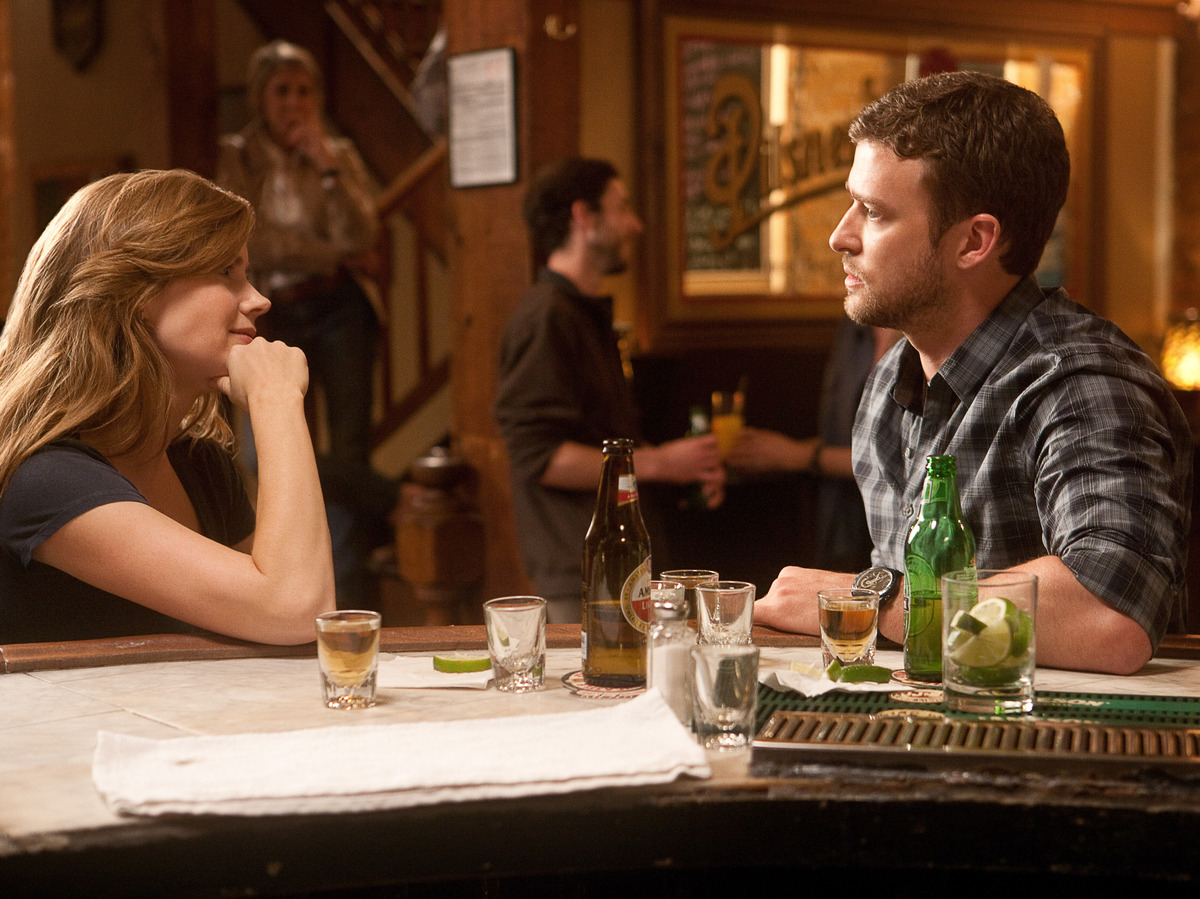 In North Carolina to assess a prospect, Mickey impresses Johnny (Justin Timberlake), an up-and-coming Red Sox scout, with her knowledge of the game.

In addition to Bo's comeuppance, there's a lot to accomplish. Both Gus and Mickey must vanquish their professional rivals, and Mickey will need to realize what her true calling is. Also, she'll get to try out Johnny as a potential boyfriend, and Gus will finally reveal why he sent 6-year-old Mickey to live with relatives after her mother died. (This last revelation is presented as a shocker, but it's as unsurprising as the rest of the story.)

A longtime Eastwood collaborator who's making his directorial debut, Robert Lorenz runs things pretty much the way his star would have. The direction is unfussy and conventional, just like the soundtrack, which mixes blues, bluegrass and multiple renditions of "You Are My Sunshine." The only self-indulgence is one that's not unknown in Eastwood's own work: The movie's a little too long.

Unlike some aging Hollywood types who like to work with much younger actresses, Eastwood doesn't pretend he's a viable romantic prospect. He's content playing Dad or mentor, which dovetails with his offscreen role. So it's no great surprise that Trouble with the Curve enthusiastically showcases the sparkling Adams while making its case — tersely, of course — for tradition, experience and intuition.