Accessibility links
Movie Review - 'How To Survive A Plague' - The Heroes Who Tamed AIDS David France's meticulous documentary chronicles the anti-AIDS movement ACT UP, profiling the activists who forced the government and the medical establishment to respond. (Recommended) 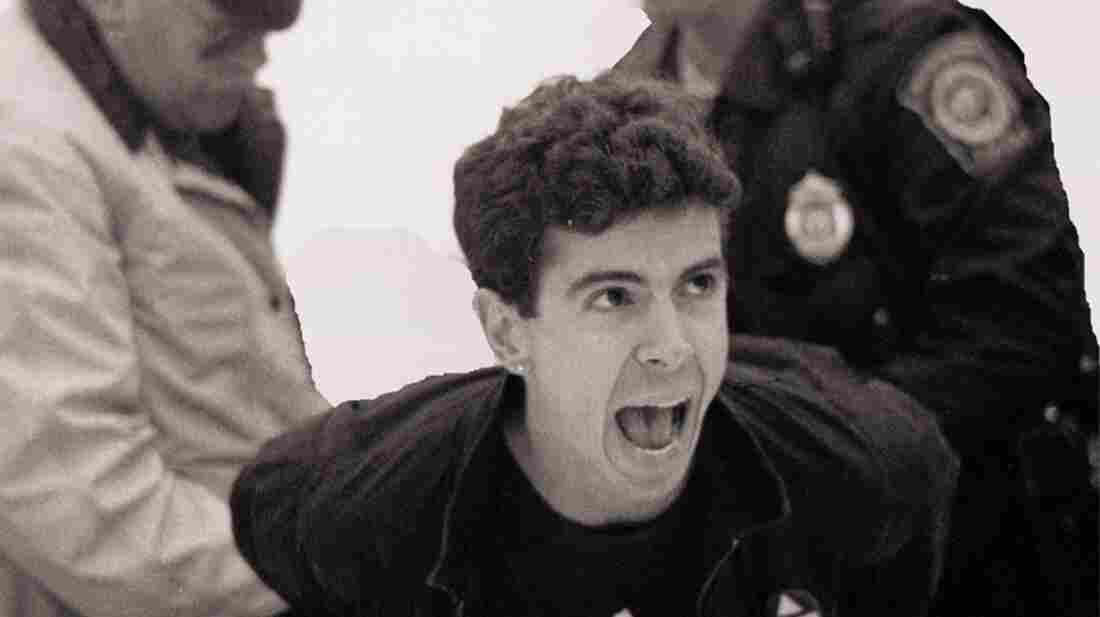 How to Survive a Plague features Peter Staley and others who fought to bring attention to the AIDS epidemic of the 1980s. William Lucas Walker/IFC Films hide caption

How to Survive
a Plague

Late in How to Survive a Plague, a fair-minded, careful history of the AIDS-activist movement ACT UP, comes an affecting montage that bears witness to the triumph and the tragedy of the New York-based group's radical crusade — a push to get affordable treatment for a disease that, at its peak in the late 1980s, was killing millions worldwide.

When asked, in the early 1990s, whether they expected to live themselves, not one of the founding members of ACT UP had said yes. Now middle-aged and older, several of those leaders — many of whom have been HIV-positive for 25 years — look healthy and a lot less angry than they did as young firebrands. They're happy to be alive, but they all break down in tears at the thought of the many colleagues who died before they could benefit from the combination drug therapy they'd fought so hard for.

Whether or not you were around in 1987, when ACT UP was born in the wake of a coruscating tirade by playwright Larry Kramer (The Normal Heart), the movie brings fresh news. Noting that the movement's birth coincided with the first camcorders, director David France, a longtime AIDS journalist, dug up a treasure trove of amateur videography chronicling the devastating passage of the disease among friends, family and lovers. 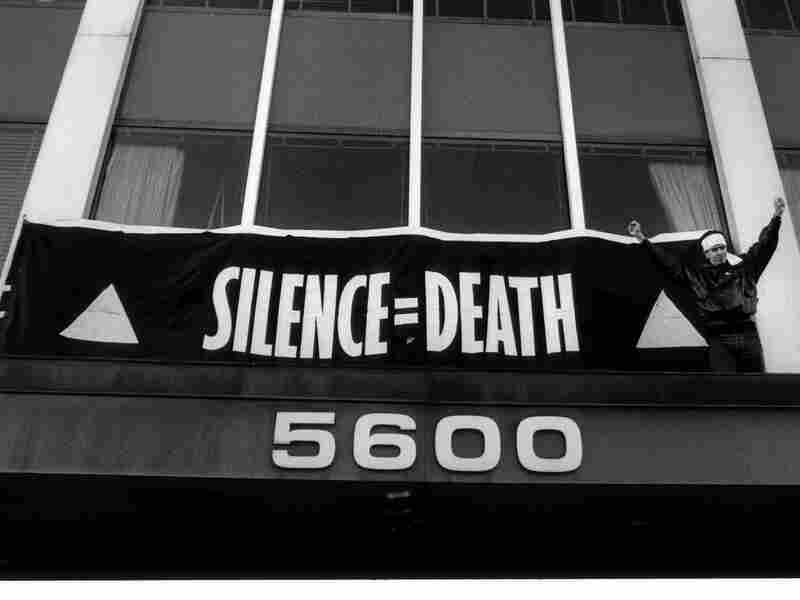 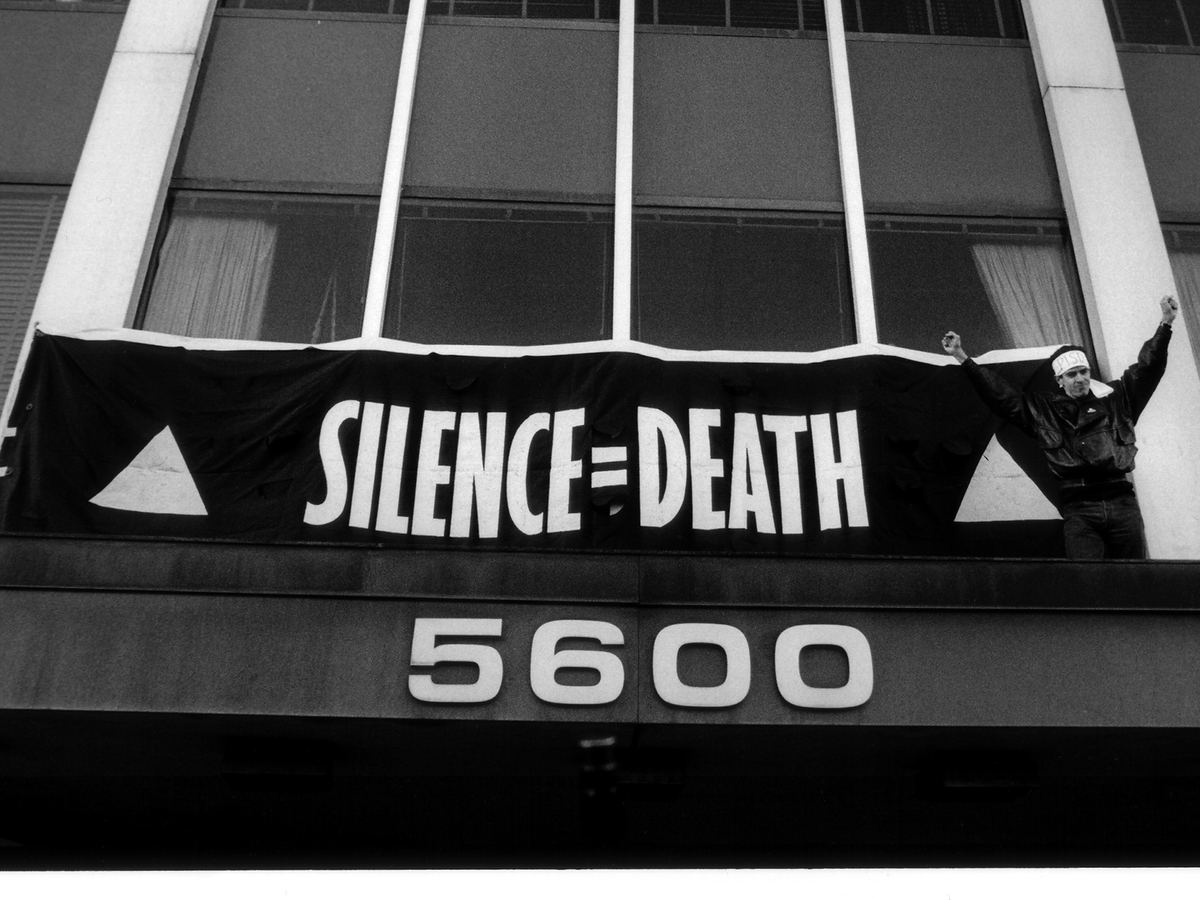 His film is neither circumspect nor obsessive with these difficult images, which France deftly integrates into an inspiring visual chronicle of ACT UP's flamboyant direct-action campaigns — all aimed at shaming government agencies, drug companies and the scientific community into taking swift action to find an affordable treatment.

Frustrated both by the inertia of industry and government health agencies on the one hand and the polite diplomacy of older AIDS organizations on the other, ACT UP leaders launched a barrage of theatrical, aggressive and sometimes strategically ill-mannered assaults on public figures.

It's hard to imagine a constituency better suited to putting on a show than New York's LGBT community. Or one with less to lose: Many of them were HIV-positive or had full-blown AIDS and could expect to die young, absent treatment that went beyond the ubiquitous quack remedies or the prohibitively expensive and hard-to-absorb drug AZT.

At 109 minutes, How to Survive a Plague is thorough almost to a fault. The film's villains get damning coverage — Ronald Reagan, New York mayor Ed Koch (who called ACT UP's actions "fascist") and then-President George H.W. Bush and New York archbishop John Cardinal O'Connor, both of whom tried to refocus public attention on promiscuity among some gay men. Meanwhile good eggs like Iris Long, a retired antiretroviral expert who wasn't gay but who counseled ACT UP on how to win reforms from the health agencies, get their due.

Long was among the few outsiders to chip in: Given public reaction to their rowdy methods, ACT UP mostly had to close ranks and rely on cheeky self-help. Refusing to succumb to the wagging fingers of clergy and politicians, members invaded St Patrick's Cathedral and renamed the cardinal "O' Condom." They ruined the president's golf game and wrapped Helms' house in a bright yellow condom. They held sit-ins in the offices of drug companies that overcharged for inadequate therapies; kiss-ins at hospitals where AIDS patients were mistreated or turned away; and "die-ins" at City Hall.

At a huge demonstration in Washington, D.C., they piggy-backed on the publicity generated by the AIDS Memorial Quilt by spilling the ashes of loved ones on the White House lawn. And when the police got rough, they chanted the mantra of the 1960s counterculture that had paved their way: "The whole world is watching."

Most important, the leaders of ACT UP — prominent among them Kramer, former bond trader Peter Staley, writer Mark Harrington and Bob Rafsky, a gifted orator with full-blown AIDS who famously lit into presidential candidate Bill Clinton — educated themselves as clinicians, bullied scientists into letting them in on research meetings and pushed to speed up clinical trials.

Still, research is time-consuming and tempers run short in those desperate times. France neither skirts nor overplays the internal rifts that all but short-circuited the movement's energies.

What saved the day was the stubborn persistence of its members, together with the scientific breakthroughs that led to protease inhibitors and combination therapies. Those new tools restored many near-corpses to life and cut the number of AIDS-related deaths in New York by a staggering 50 percent.

ACT UP soldiers on today, as it must, given the lack of official attention to the resurgence of HIV among young American men in metropolitan areas. The movement is quieter now, though, and by the standards of global street protests these days, its anarchic modus operandi back then may look pretty tame. But in the inward-looking 1980s, ACT UP was the best thing going in direct political action, and given the odds against the group, the magic it worked was remarkable. Occupy movements, take note. (Recommended)