Accessibility links
The Quebe Sisters Band On Mountain Stage The three fiddling sisters combine Western swing and jazz to form a sound of their own. 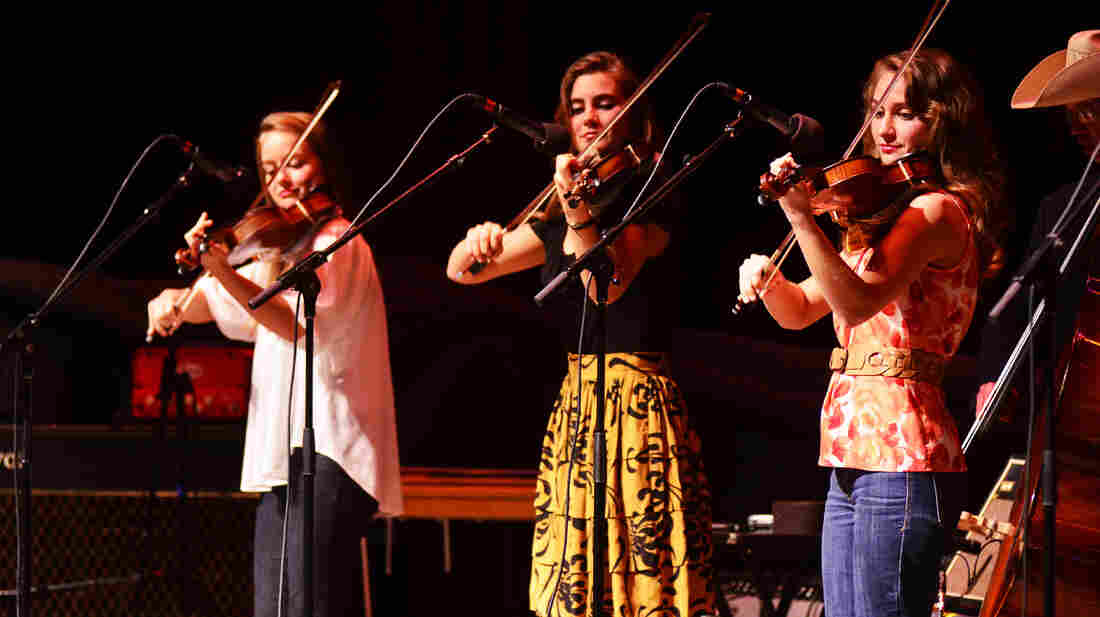 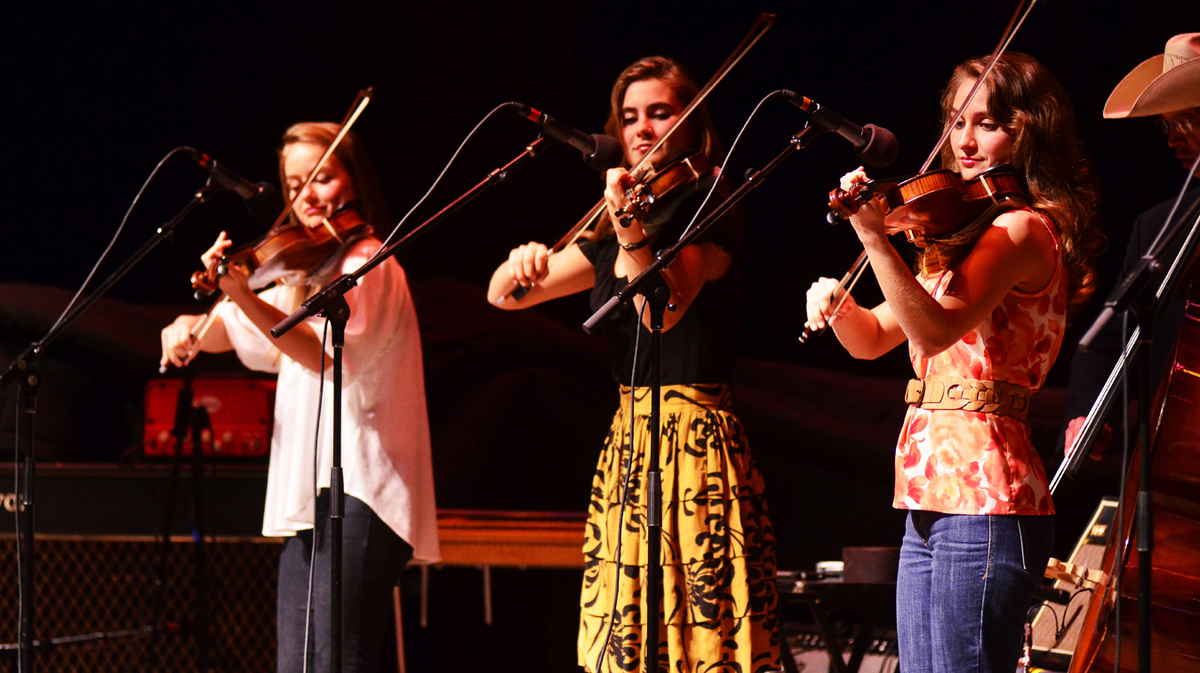 The Quebe Sisters Band makes its first appearance on Mountain Stage, recorded live on the campus of West Virginia University in Morgantown. While the sight of a triple-fiddle band is something to behold in person, the group's talent ensures that its sound translates easily to the radio and beyond.

The three young sisters at the heart of the band — Grace, Sophia and Hulda Quebe — are all individual winners of the prestigious National Old-Time Fiddlers Contest in Weiser, Idaho. Guitarist Joey McKenzie is a champion fiddler, as well, and he served as an early mentor to the sisters before joining them on stage. Upright bassist Drew Phelps, who for a time worked with the Dixie Chicks, rounds out the lineup. The result is a unique, effervescent amalgam of Western swing, hot jazz and tight sibling harmonies — it evokes the sounds of Mary Ford and the Andrews Sisters just as much as Bob Wills.