Accessibility links
Kelly Macdonald: Strong Woman On The 'Boardwalk' The Scottish actress plays Margaret Thompson, a young Irish widow who marries a corrupt politician on HBO's Boardwalk Empire. Macdonald, who got her start in Trainspotting, tells Fresh Air that she enjoys playing a "strong character" for a change. 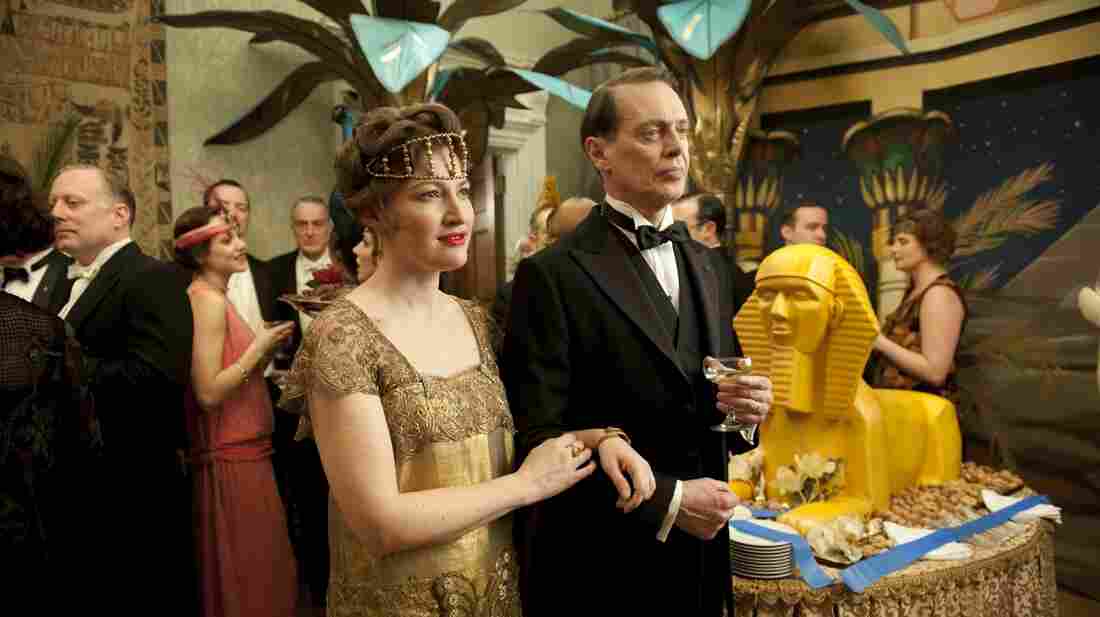 When Kelly Macdonald landed her first acting gig in Danny Boyle's critically acclaimed 1996 film, Trainspotting, her lack of experience made it hard for her to relax on set.

"I don't think I spoke very much — I was very, very shy," Macdonald tells Fresh Air's Dave Davies. "I kind of hid in the toilets most of the time when we weren't required on set."

Before Trainspotting, Macdonald was working at a bar in Glasgow, Scotland. After two friends separately handed her fliers for the movie's open casting call, she decided to audition. 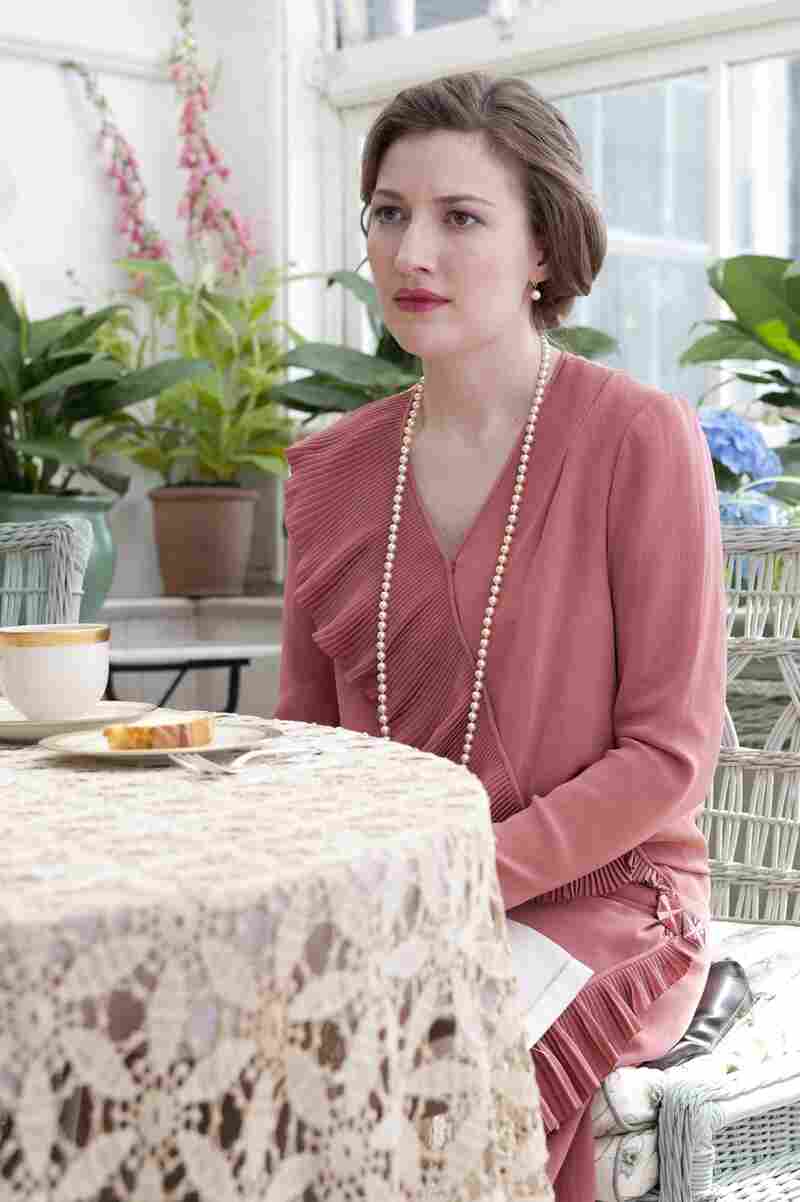 Macdonald's Boardwalk character is an Irish widow, though in real life the actress is a Scotswoman. Macall B. Polay /HBO hide caption 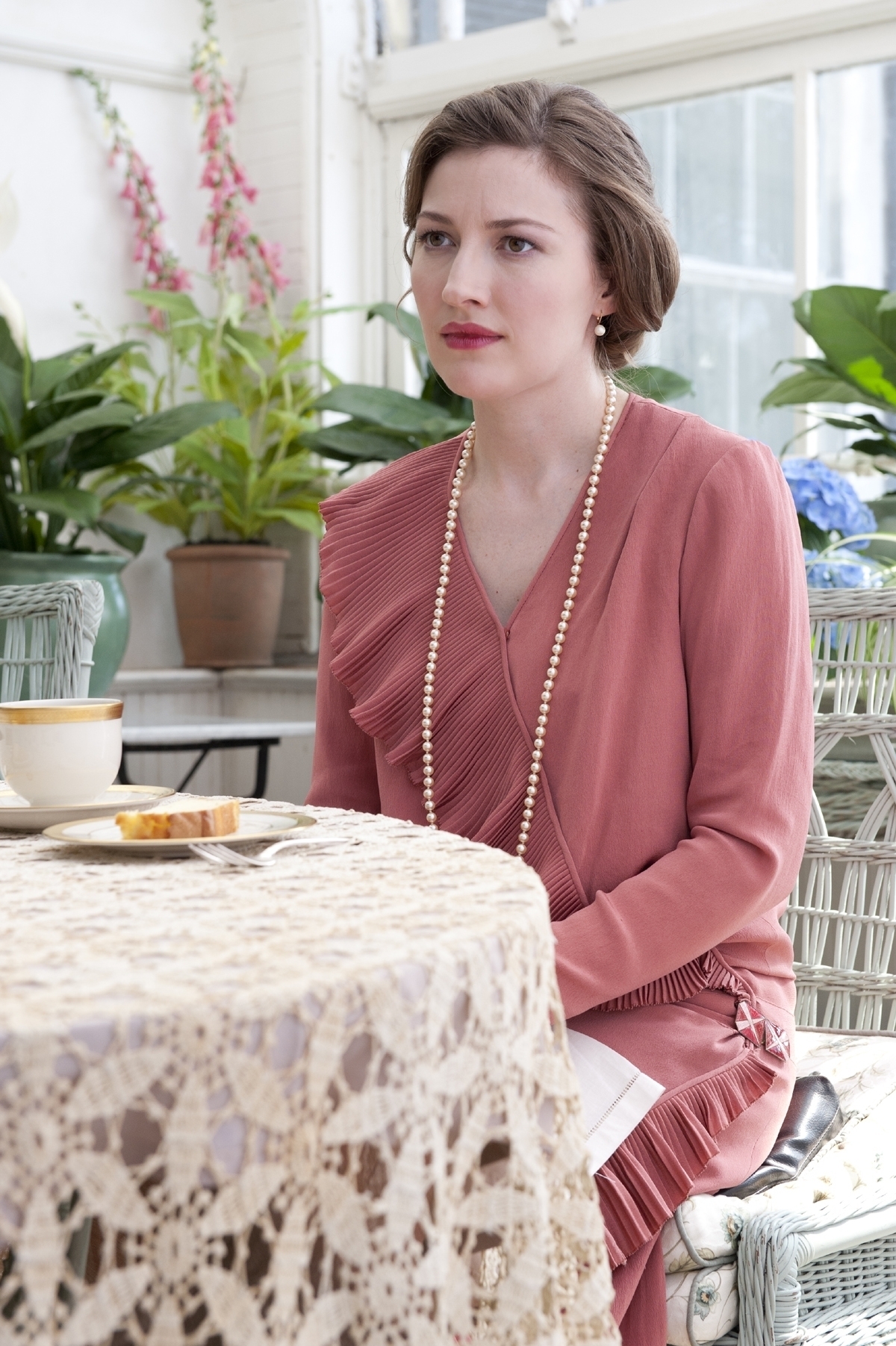 Macdonald's Boardwalk character is an Irish widow, though in real life the actress is a Scotswoman.

Macdonald has since played major roles in several films and TV shows, including Gosford Park, No Country for Old Men, and HBO's Boardwalk Empire, which premiered its third season Sept. 16.

"I don't generally get to play the stronger characters," Macdonald says. "I get very lovely parts, but they're quite quiet and thoughtful and watchful — and that's all well and good, but I've been enjoying getting my teeth into something else."

Another new challenge for Macdonald has been voicing animated characters, where one needs to "multiply everything by a hundred." She plays Pixar's first female protagonist in Brave, for which she got to jump around and sword-fight at work.

"It was kind of like being a little boy for the day, every time I went in," Macdonald says. "I got to play-act in the best sort of loudest, brashest way."

On preparing for her Trainspotting audition

"So my mom was reading the Renton part and being really annoying because she was really superacting. And I had to keep stopping and saying, 'Just read it. Just read the words.' And weirdly, I got the same direction from Danny Boyle. At my screen test, for some reason ... I decided ... this was it. I was going to do superacting — kind of like my mom. And as soon as I started doing it, it was all wrong. And Danny stopped me and said, 'You know, John Hodge has written a very good script, and the words are all there, and you don't have to put gaps in. Just read it. Just say the words.' And that's advice that I've kept with me."

On her approach to acting

"I definitely did feel like at some point I should go to drama school to be in the same league as the people that I was working with. It took me a few years to get over that and to realize that I wasn't ever going to go to drama school — that I was doing quite well without it. And I think the way that I work, there's no technique. I'm just — it's very intuitive, and it happens when I'm on the set and I'm with another actor. And it's very much a back and forth. It's listening and reacting, basically, and that's what I do. So I don't know how helpful drama school would be to that. I've heard stories of learning techniques and writing your character's histories. And I'm not that hard-working."

On her first nudity scene in 'Trainspotting'

"I was in denial — head in the sand — about that day's work. So much so that — I mean they'd spoken to me from the very beginning — Danny Boyle had said there is this scene, and it's necessary, and the nudity, and explained why. And I would nod my head and agree and go along with it, and I thought, well, that will never happen; we'll never get to that day. And we did, and it happened to be the day that I had invited my family to come and visit the set, which is just completely unthinking and shows how young and how daft I was. So my poor mum and brother had to just sit in the catering bus the whole day, and they didn't get to see any — well luckily, they didn't get to see me working that day. They saw it in the end, though."