Accessibility links
College Student Recalls High School Homelessness High school was tough for Tierra Jackson. She shared a single room in a Chicago homeless shelter with six other family members, and her mom was in and out of prison. But today, the college junior says school is her ticket out. 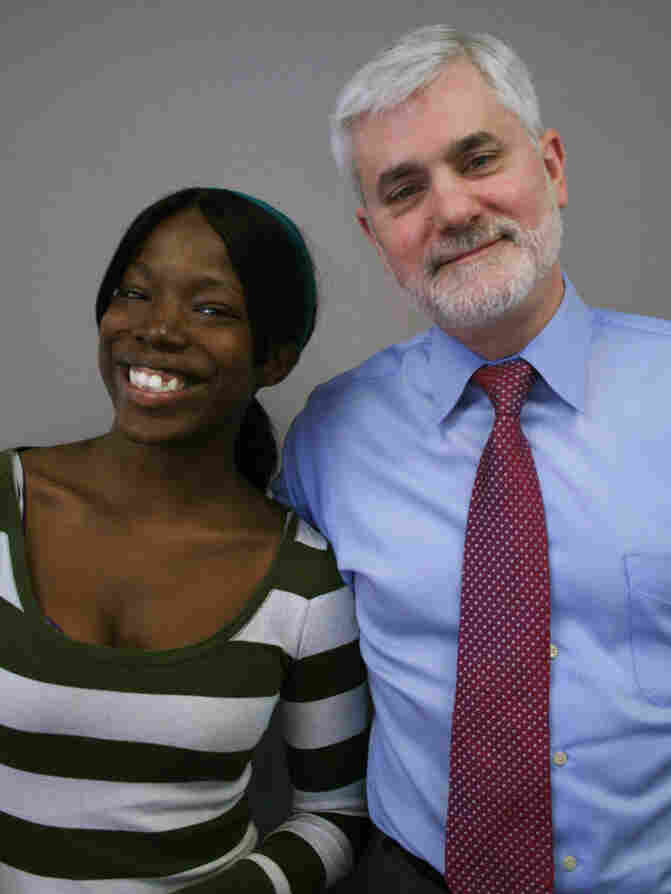 John Horan was dean at the charter school where Tierra Jackson was a struggling student. Part of the reason she struggled: Jackson was homeless. StoryCorps hide caption 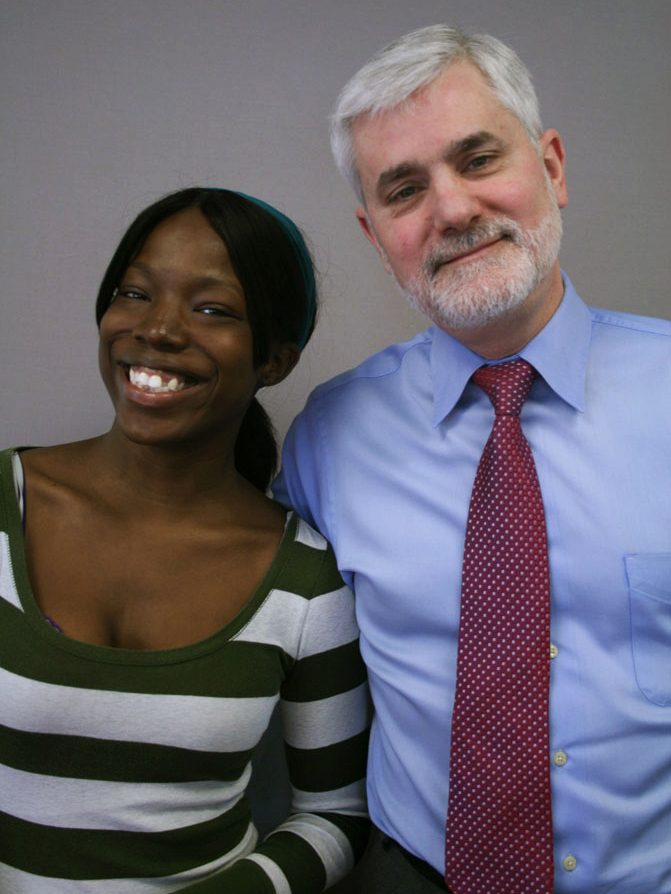 John Horan was dean at the charter school where Tierra Jackson was a struggling student. Part of the reason she struggled: Jackson was homeless.

When Tierra Jackson was in high school, she was struggling. She kept getting yelled at for being late to school.

What most of her teachers and administrators didn't know was the reason for her tardiness: Jackson was homeless. Her mother was in and out of prison. She and her brother were living with her aunt and cousins. All seven of them shared a single room in one of Chicago's homeless shelters, a long bus ride from her school.

"As if high school is not hard enough itself, you know, the hour-and-a-half bus ride, it was kind of exhausting," Jackson told John Horan, who recorded an interview with her at StoryCorps. Horan was dean of the charter school she attended for high school.

Even though Jackson was disciplined for being late, Jackson says she didn't want to tell anyone at the school the reason why.

"I was embarrassed. I was 14, and I was homeless," Jackson says. "I didn't want people to look at me like, oh, you know, she needs charity."

But Jackson needed supplies for school, and her family didn't have the money for them, so her aunt wrote notes for Jackson to bring to school explaining the situation. She found out that it wasn't so bad to ask for help.

"I think the first teacher I gave the note to came to school with this bag of things for me," Jackson says. "And I didn't know how to accept it. But after that, she never treated me differently, and I think that's one of the things I appreciated. I knew that I'm intelligent, you know. I have a brain with thoughts that matter."

Today, Jackson is a junior at Roosevelt University, where she is majoring in international studies with a minor in economics. Life hasn't exactly gotten easier: In addition to school, Jackson works two jobs, at a restaurant and a financial management company, and takes care of her brother and her mother.

Jackson says she rarely has the time to go out because she is so busy. When she finishes helping her brother with his homework, she does her own. On the day of her interview, she said she was exhausted from staying up all night studying.

"I wanted to go to bed so bad, but I can't because I have to get A's," Jackson says. "I have to do well in school. It's the only thing that I have that can get me out.

"There's so many people who could, you know, be the next Bill Gates and change the world. But because they're poor or they're living in poverty, they're instantly written off because no one thinks they'll make it. I just want to make it."