Accessibility links
The Art Of Preserving A High School 'Wallflower' Writer-director Stephen Chbosky brings his 1999 young adult novel The Perks of Being a Wallflower to the screen. Critic David Edelstein says the result may be better than the book — a project that communicates the trials of high school in a way that is both painful and elating. 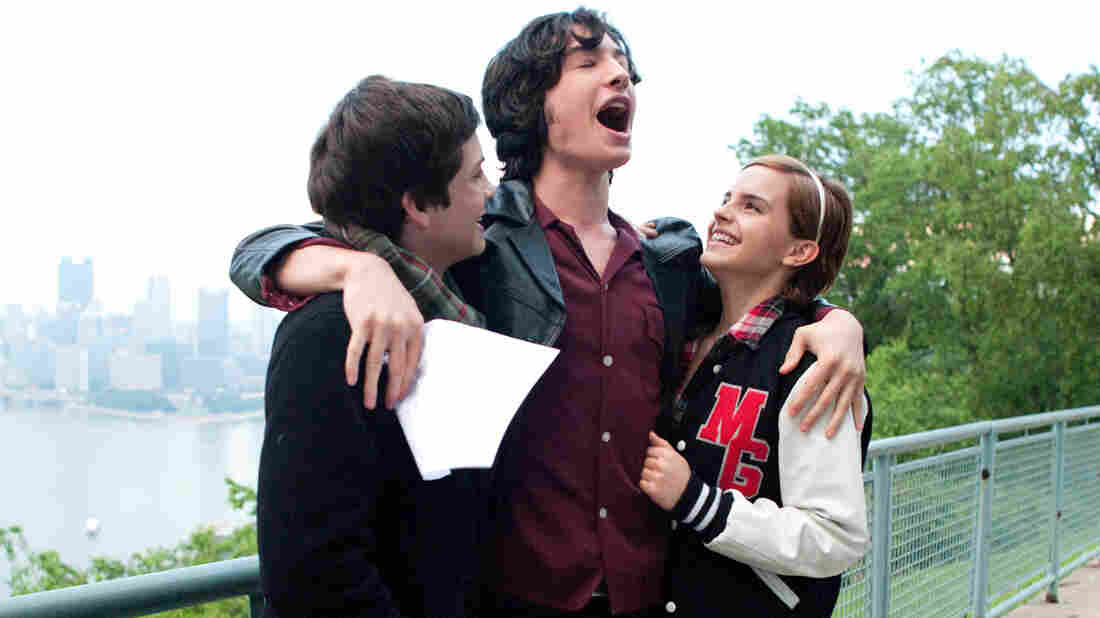 Charlie (Logan Lerman), Patrick (Ezra Miller) and Sam (Emma Watson) navigate the joys and pains of high school in The Perks of Being a Wallflower. John Bramley/Summit Entertainment hide caption

The Perks of Being a Wallflower

Rated PG-13 for mature thematic material, drug and alcohol use and sexual content

The hero of both the novel and the film The Perks of Being a Wallflower is a high school freshman loner named Charlie whose best friend committed suicide the previous spring. He's on psychiatric meds, lots of them, and still has blackouts and mysterious visions of a doting aunt who died when he was 7.

At school, he's shoved by bullies and jeered at by girls, and he's literally counting the days until he graduates. The story is set in the early '90s, before widespread Internet usage, when misfits had little access to others of their ilk, and Charlie won't talk to his parents or teachers. But he's so desperate to convey the turbulence of his inner world that he decides to write letters — anonymously — to a person he once heard about who did a nice thing for someone at a party. Those letters frame both the book and the film.

The novel's author, Stephen Chbosky, adapted and directed the movie himself, and, novice though he is, he's done a beautiful job. I actually like the film better than the book, which is written in a faux-naive voice I found irritating, as when Charlie ruminates on a dream about a girl he likes named Sam:

"And we were both naked. And her legs were spread over the sides of the couch. And I woke up. And I had never felt so good in my life. But I also felt bad because I saw her naked without permission. I think I should tell Sam about this. ... "

No, don't tell Sam. Please. The film is less pathetic, and funnier. At a football game, doleful Charlie (Logan Lerman) musters the courage to sit beside a fast-talking prankster from shop class named Patrick, played by pale, stringy-haired scene-stealer Ezra Miller. Patrick's stepsister, a senior, is the aforementioned Sam, played by Emma Watson, and the three bond so fast that Charlie's head spins — and keeps spinning. 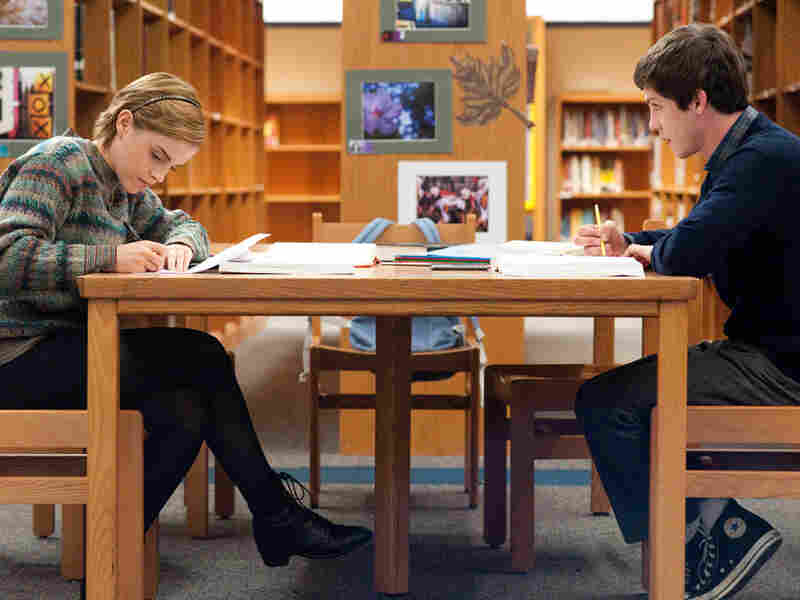 Charlie must wrestle with his feelings for Sam, an older girl who shows him kindness. John Bramley/Summit Entertainment hide caption 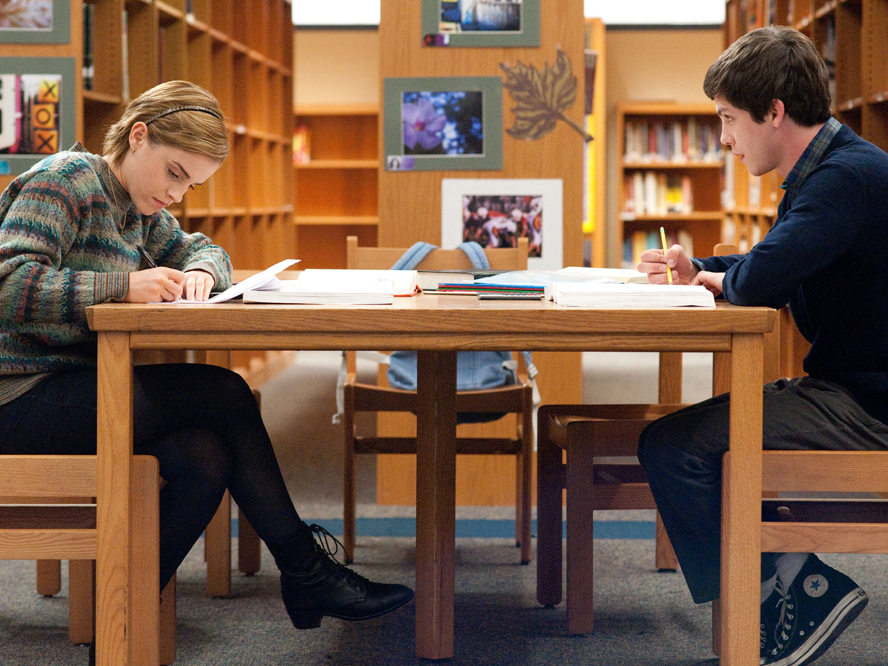 Charlie must wrestle with his feelings for Sam, an older girl who shows him kindness.

But this wouldn't be much of a movie if the drama stopped with Charlie's acceptance on "the island of misfit toys." The Perks of Being a Wallflower turns out to be as much about the fear of loss as about the joy of being accepted. Charlie's in love with Sam, who'll go away to college at the end of the year and, besides, is involved with another guy. And Charlie is so traumatized about his dead friend and his dead aunt — who's seen in flashbacks and looms large in his psyche — that he can't feel the bliss of togetherness without simultaneously seeing it all slip away. He longs, he says, to believe in something infinite.

Lerman has thick, dark hair and puppy eyes, and strikes me as too handsome to be an entirely credible wallflower. But he knows how to convey not just reticence but a kind of excruciatingly active paralysis. And the rest of the cast could hardly be better — especially Ezra Miller, whose Patrick is a screwball dynamo as well as one of the best depictions I've ever seen of a gay kid who simply can't stay in the closet.

As Sam, Emma Watson is a bit like visiting royalty trying hard to show she's a fun person. But she pulls it off, and her movie-star glamour adds to Charlie's — and our — vision of Sam as delightfully accessible yet somehow out of reach.

Near the end, Charlie writes to that nameless recipient that he knows he'll never feel things with the same rawness and momentousness he does at age 16 — not even at age 17. But by capturing this wallflower at the instant of its bloom and preserving it for all time, The Perks of Being a Wallflower is both painful and elating.