Accessibility links
Dustin Hoffman Directs Maggie Smith, But How Is His Direction Like Dentistry? Bob Mondello tells the story of the Toronto gala screening of Dustin Hoffman's directing debut. 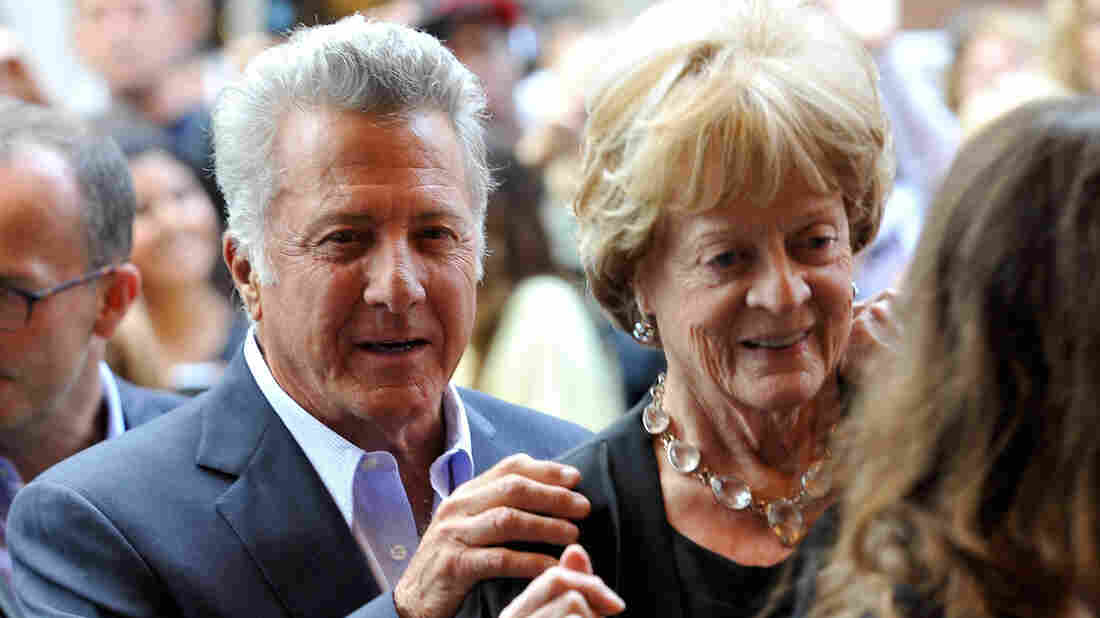 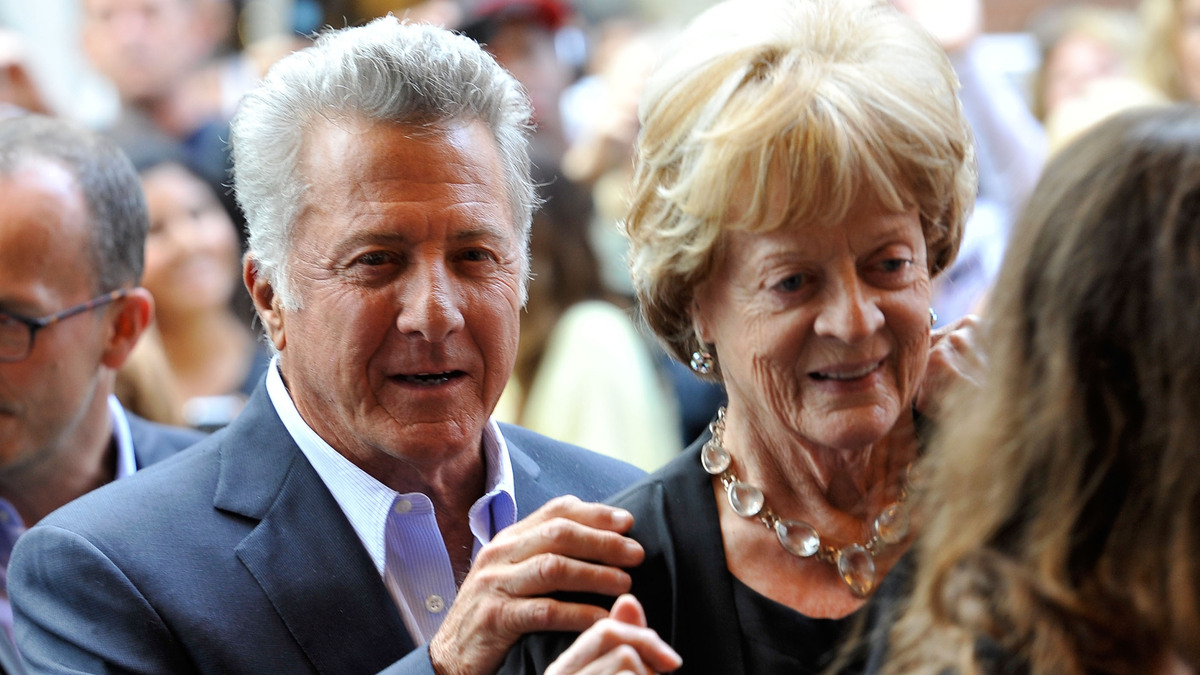 Director Dustin Hoffman and actress Maggie Smith arrive at the Quartet Premiere at the 2012 Toronto International Film Festival on September 9, 2012.

[The films that Team NPR saw at the Toronto International Film Festival will be rolling out in theaters over the next several months, and we'll be reminding you about some of them along the way. One that Bob Mondello enjoyed was Dustin Hoffman's directing debut, Quartet. He attended the gala Toronto premiere and wrote this short postcard about the actors' responses and the audience's reaction to the film, which is currently scheduled to open just after Christmas, on January 4, 2013. — Linda Holmes]

Dustin Hoffman and Maggie Smith both looked tiny on the red carpet on September 9 at the Toronto International Film Fest Gala for Quartet, which marks Hoffman's directing debut.

The film is a warm, gentle comedy about four long-retired opera singers (played by Smith, Billy Connolly, Tom Courtenay, and Pauline Collins) who are asked to recreate what was for all of them a career-high moment of triumph — the quartet from Rigoletto – as part of a benefit for their current place of residence: a retirement home for classical musicians.

On screen, the four stars are surrounded by actual long-retired opera singers who do quite a lot of singing in the film, and when, during the end credits, stills of them in-character were placed side-by-side with publicity stills of them in their heydays in the 1940s and '50s, the audience went wild. They ended up applauding for about six minutes straight. It was much like a real opera performance, complete with curtain calls.

In an onstage Q&A afterwards, Hoffman was asked why it took him so long to try his hand at directing. "I'm still working that out with my therapist," was his reply, and he went on to say that directing the elderly musicians was a joy. "They were in their seventies, eighties, nineties, and they were working 14 and 15 hours a day," he marveled. "They're athletes. In their day, they were superhuman." Hoffman later claimed to have known opera singers since he was rooming with a kid named Robert Duvall in New York as a struggling youngsters. "Opera singers," he said, "are supremely horny people — they get laid between arias."

To a query about whether he'd found directing difficult, especially with such estimable performers as Smith, Courtenay, and Collins, or with a loose-cannon comedian like Connolly, he said, no, "because everything I'd despised for 45 years, I knew they also despised."

The actors were then asked what it was like to be directed by Hoffman, and three of the four burbled variations on "lovely" and "inspirational." Connolly, though, brought the house down when he paused a moment and then said "being directed by Dustin Hoffman is a little like open-arsed dentistry – lovely when it's over."