Accessibility links
Rickie Lee Jones: 'One Devil With One Guitar' On her newest project, The Devil You Know, the singer-songwriter covers a set of cult classics. 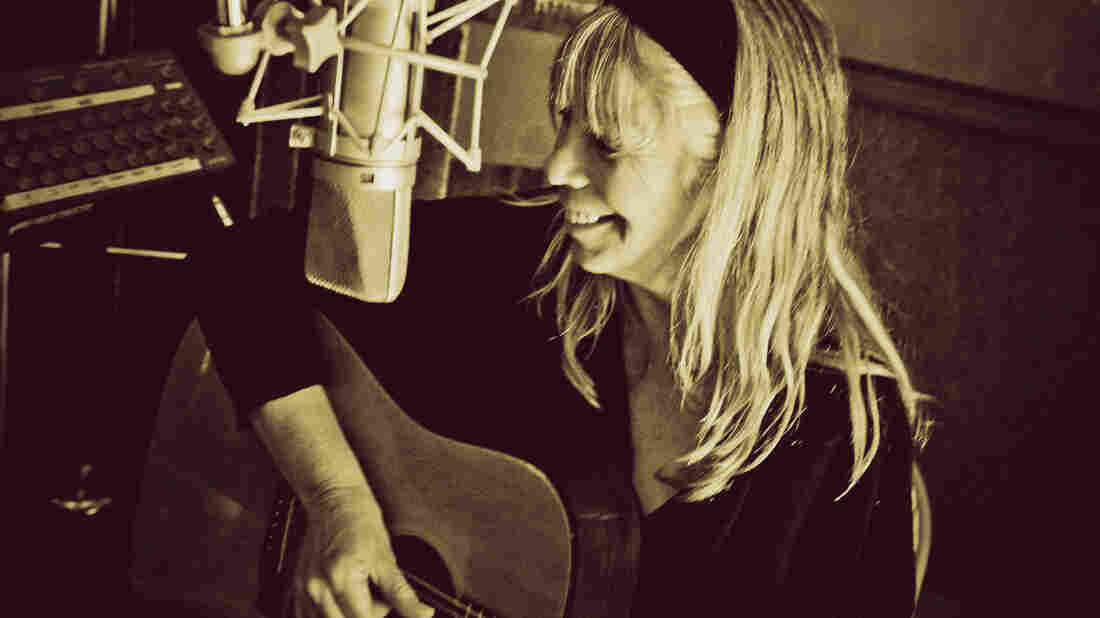 Rickie Lee Jones' new album, The Devil You Know, is a collection of covers. "I think [I recorded the album] partially to remind people that a singer is the one who interprets the song," she says. "And once you do that, it's yours." Myriam Santos/Courtesy of the artist hide caption

"Sympathy For The Devil"

It takes chutzpah to redo the kind of songs that get labeled as iconic, like The Rolling Stones' "Sympathy for the Devil," or "The Weight' by The Band, or Neil Young's "Only Love Can Break Your Heart." But Rickie Lee Jones has made a career out of surprising people. She takes on these iconic tracks fearlessly and never disappoints.

With Ben Harper as producer, Jones reinterpreted 10 tunes for her new album, The Devil You Know, that appear on many people's "Best Of" lists. She recently sat down with NPR's Scott Simon to discuss her newest project and life on the road. She also performs two songs from the new album.

On reinterpreting other artists' songs

"When I started out, there was this kind of glamour associated with singer-songwriterdom that wasn't being given to just singers. So I think [I recorded the album] partially to remind people that a singer is the one who interprets the song. And once you do that, it's yours. To me, it doesn't make it more mine because I wrote it; it comes alive in the heart and voice of some other interpreter."

Covering 'Sympathy' by The Rolling Stones

"I was invited to do a Rolling Stones tribute at Carnegie Hall. I had to think of a song, and I just started playing that on the acoustic guitar. It was clear that that part and that aspect of that song had never been explored — just raw, one devil with one guitar.

"It's kind of an evocation, and I do it by myself. It's a powerful, frightening, fun romp through the upper echelon of hell. Every time I do it so far, it's like acting — some other thing you can embody and wear the skin of another thing, and tell another kind of story than your own. I like it."

On her favorite part of the music business

"[It] must be when I'm on stage and I'm in the river of it. There's a little bit of fear, but it's not so much that it's fear — it's excitement. Sometimes I press that down. When I don't press that down and go ahead and be there in the surreal of it all and get taken up in [the audience], there's nothing like this. Maybe a reverend in a church, maybe it happens. I don't know, but it's pretty wondrous."