Accessibility links
Mumford & Sons: Finding Balance In 'Babel' With a name like a hardware store, Mumford & Sons is a British folk-rock band with a huge stateside following. For the group, testing out songs on the road is part of the creative process. 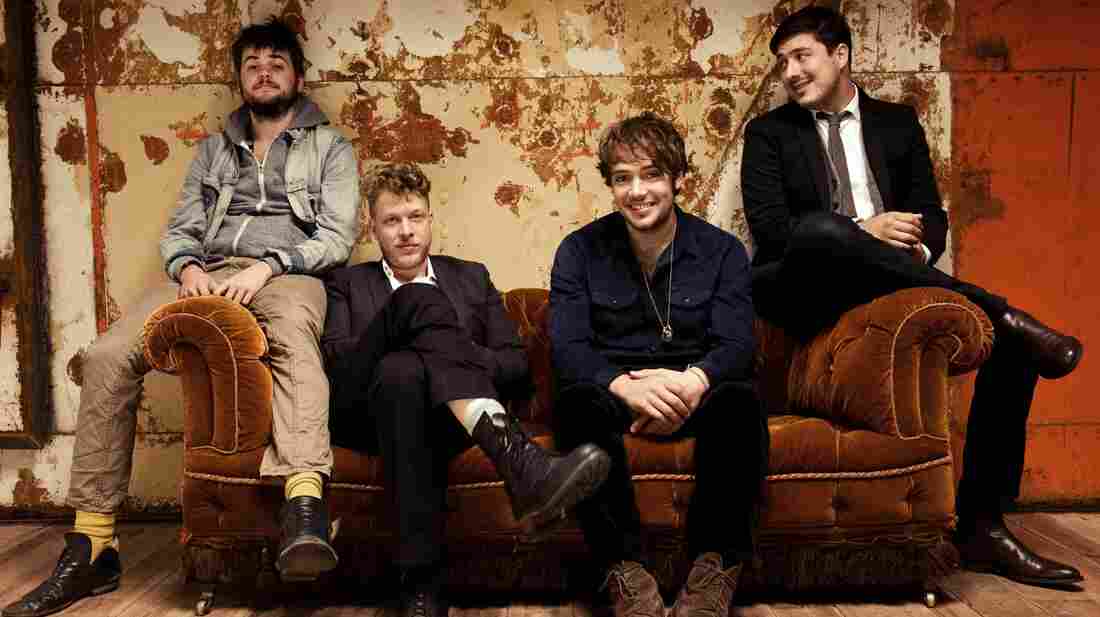 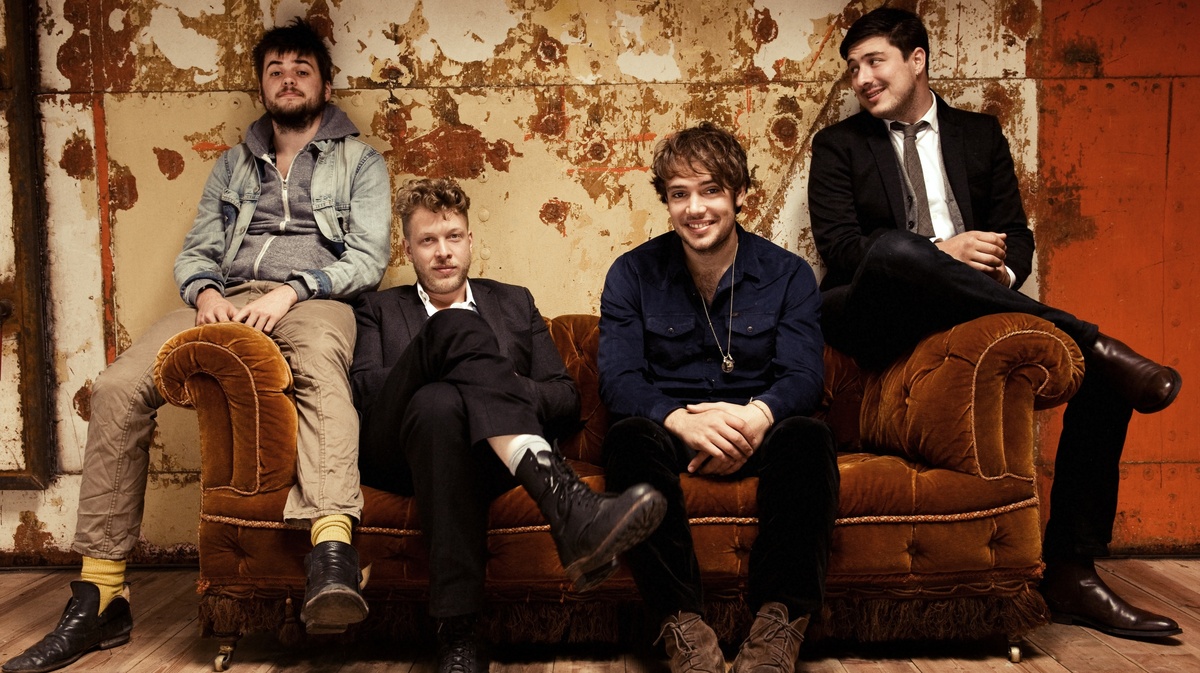 With a name like a hardware store, Mumford & Sons is a British folk-rock band with a huge stateside following. Babel is the new follow-up to the band's breakout debut, Sigh No More, but its fans haven't had to wait to hear the new material. That's because Mumford & Sons' members have tested new songs at tour stops as they are written. For them, it's part of the creative process.

"It gives you a lot of confidence in the studio if you've seen how people are going to react to the songs," singer Marcus Mumford tells NPR's Linda Wertheimer. "It's just been the way we've always done it. We did it with the first album when we [were] touring, and it would just sort of grow in front of an audience.

"It's not like we were treating the audience like guinea pigs or anything. It's just very integral to our process."

Mumford grew up a preacher's kid, and so it's natural to presume that the new album's title, Babel, takes on a certain biblical relevance. But the idea is far wider.

"There are matters of the heart and sort of spiritual considerations that most humans have — explorative, really," Mumford says. "We're inspired by such a range of things between the four of us — almost every genre of music has been embraced by one of us at some time, and just about anything can inspire a song."

Four-part harmonies and stories are key to Babel, but so is space.

"We were quite intentional on this record with intimate moments and saving those," says Ted Dwayne, the band's upright bassist and vocalist. "Also, leaving a bit more space within songs — songs like 'Ghosts That We Knew' and 'Reminder' and, actually, 'Lover's Eyes,' which have instrumental breaks and all really intimate moments, and they're not shying away from being quiet as well as being loud."

That seems to be another key element to Babel: balance.

"In about December, last year, we got to a point with the record where we had enough songs to release an album right there and then," Mumford says. "We felt like it wasn't quite balanced enough.

"There was darkness to it — a bit too much weight to it, like it was a bit too serious. And a little obscure in places lyrically. [The question came up], 'Can we maybe think about being a bit more direct with the lyrics?' I was like, 'Well, yeah, but it means writing new songs. And then 'Holland Road' came about the same week in December and had this chord sequence I just fell in love with, and then I wrote some lyrics to it."