Accessibility links
Rising Income Gap Shapes Residential Segregation One problem with more Americans isolating themselves around "people like us" – or those who earn similar incomes — is an increasingly polarized electorate; another, the loss of social capital gained by living in a mixed neighborhoods.

The income gap is receiving much attention lately as more Americans are isolating themselves around "people like us."

More accurately, they surround themselves with people who earn similar incomes, and it is now fueling a rise in residential segregation. One recent study suggests the income gap might be greater today than even during colonial times – even when you account for slavery.

"Thirty years ago, about 9 percent of all upper-income people lived in predominantly upper-income neighborhoods," says Paul Taylor of the Pew Research Center. "That share has now doubled to 18 percent."

Taylor recently co-authored a study that tracked this income gap increase between 1980 and 2010.

He tells Jacki Lyden, guest host of weekends on All Things Considered, that this is a national trend. But, he adds, locally several factors can contribute to residential segregation by income, including in-migration, the nature of the local economy, housing discrimination and even a city's physical layout.

Although it might seem self-evident that people of similar incomes would gravitate toward one another, Taylor says the problem is that it creates an increasingly polarized electorate.

"We are in a political moment where the sense of the middle, the sense of the cohesion, isn't feeling particularly robust," he says. "One outcome of that is a sense that the political process is ossified ... [and] that Washington doesn't work."

Residential segregation also makes it easier when it comes to gerrymandering, or redrawing district boundaries. Taylor says that increasingly the people who draw those lines do so in order to create "safe" districts, whether for Republicans or Democrats.

The Shaw neighborhood in Washington, D.C., is one rich in history, but whose fortunes have not always been so stable. Home to Duke Ellington, the area has historically been at the center of black culture in the city, and was once a gathering place for black artists and professionals.

In the 1960s, the neighborhood was severely affected by the damage caused by riots after the assassination of Martin Luther King Jr.

"[That] was sort of the beginning of a long decline," says Peter Tatian, a researcher at the Urban Institute.

That decline, however, is now reversing. Over the past 20 years, about 1,000 new people have moved in to the neighborhood. Many of those new people are high-income residents. Adjusted for inflation, the average family incomes in and around Shaw in 1979 was less than $50,000. Today, it has more than doubled.

"The question is whether that is a sustainable mix, or whether this will take time and we're [just] going to see all upper-income people," Tatian says. 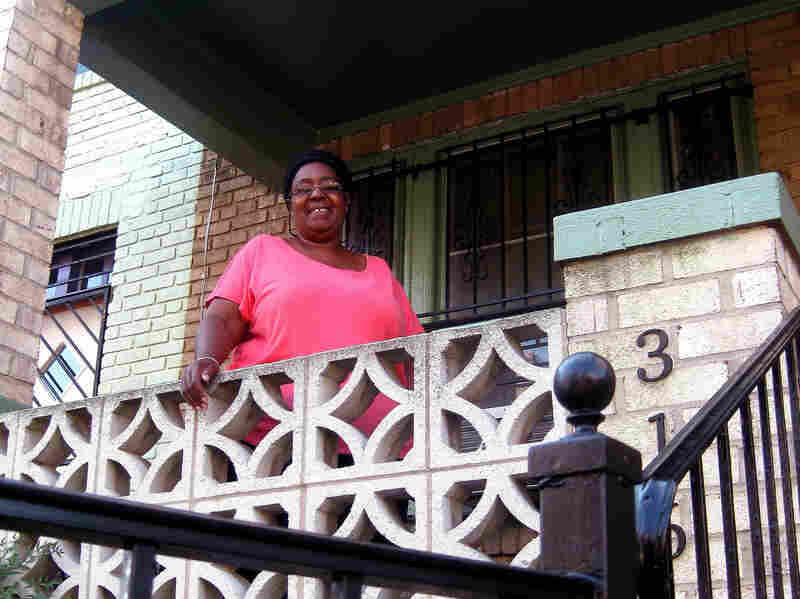 Mechelle Baylor's home in the Shaw area of Washington, D.C., has been in her family since 1929. She says she's seen her neighborhood change a lot as her neighbors move out and higher-income earners move in. Amy Held/NPR hide caption 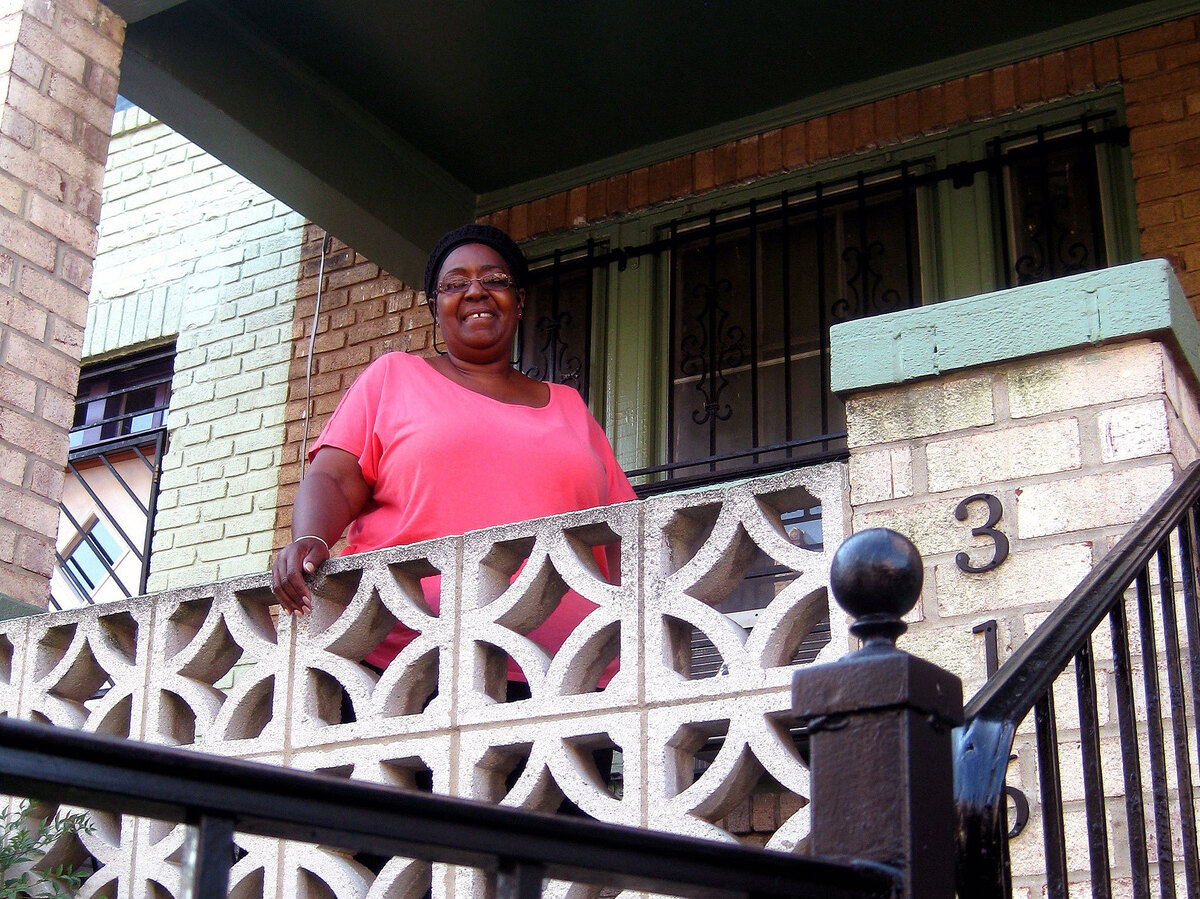 Mechelle Baylor's home in the Shaw area of Washington, D.C., has been in her family since 1929. She says she's seen her neighborhood change a lot as her neighbors move out and higher-income earners move in.

While the mix today is economically diverse, Tatian says that if you look at the trend, it's hard not to be pessimistic about what the future might hold.

Resident Mechelle Baylor has lived through many of these changes in Ledroit Park, a historic enclave within Shaw. Baylor and her family have been in the same house there for nearly a century; her grandfather paid cash for it in 1929.

The house has so much history for Baylor that she says she wouldn't think of budging even as she's seen some of her old neighbors go.

"A lot of people who did not own these houses could not afford to keep them because they were going up; these are million dollars homes around here," Baylor says.

When her mother died, Baylor says she received many offers for her home. She refused because she didn't want to see her family's house turned into condos.

"That's what they've done to a lot of houses on the block," she says.

The Story In Texas

The Shaw neighborhood is just one example of where residential segregation by income is taking place, but the Pew study also shows that this trend happens to be most extreme in one place: Texas.

In Dallas, Houston and San Antonio, about a quarter of upper-income households are in majority upper-income areas. Rice University sociologist Stephen Klineberg had studied income disparity and how it affects the way we live for 30 years. He says it mostly comes down to one thing: land.

"Houston was built on a bayou 50 miles from any natural barrier in any direction," Klineberg says tells NPR's Lyden. "People have the option here, that they have more difficulty elsewhere, to live in ... communities with 'people like us.'"

Klineberg says we tend to be uncomfortable when large numbers of people have much more money or less money than we do, and people in Houston have better opportunities to express that desire to live among people of similar means.

Klineberg says what we're losing with this segregation by income is the social capital you gain by living in a mixed neighborhoods.

"Social capital connects you to the opportunities that are out there," he says. "When you're segregated by income, it means that there's an isolation of the rich ... with no real sense of how the other half of American is living and struggling today."

Likewise, Klineberg says that if you're isolated as a poor person, you have no access to the opportunities, networks and information systems that occur when people are part of a single community.