Accessibility links
The Anti-Romance Novel I Didn't Know I Needed Elissa Schappell was 13 and in search of a delicious romance novel when she stumbled on Erica Jong's feminist call to arms, Fear of Flying. It didn't resonate with her at the time, but later she appreciated its message. Is there a book you've changed your mind about? Tell us in the comments. 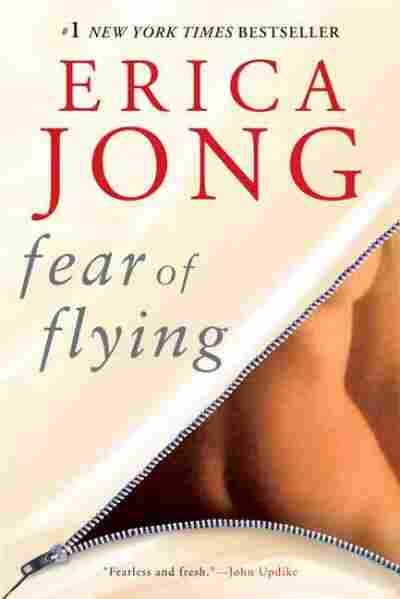 Elissa Schappell is the author of Blueprints for Building Better Girls.

I was never more confident in my knowledge of the world of men and women than the summer I was 13. I'd become an expert, certainly not through any hands-on experience with boys, but by reading the trashy romance novels my best friend, Michele, had pinched from her mother.

That summer I read books whose covers featured beautiful wild-haired maidens, heaving bosoms barely contained in torn blouses, on stallions, heads thrown back, submitting to or resisting the advances of some rogue.

I found Erica Jong's Fear of Flying in my mother's room. If I'd had any clue it was about a 29-year-old married lady's quest for casual sex with a stranger, no strings attached (something she describes as "rarer than a unicorn"), if I'd known it was a feminist call to arms — one that would breathe life into the second wave of feminism by challenging women to question how emotionally and sexually fulfilling their lives were — if I'd had any inkling how neurotic the protagonist was (a horny poet named Isadora Wing), or how ambiguous the ending was, I would never have opened it.

But I did. The cover was an invitation to naughtiness — a naked woman, spied through a half-opened zipper, her breasts barely obscured.

Instead what I found was a parade of totally unerotic sexual encounters. The awkward fumblings of Isadora's youth, the marathon sex with husband No. 1 that left her limping, the impotence of her charismatic lover Adrian Goodlove, who would lure her away from her second husband, Bennett Wing, a psychoanalyst who never kissed her.

What ever happened to tradition? Soul mates united despite all odds, riding off into the sunset on that stallion. I didn't realize then, of course, how depicting a woman with a sex drive like a man's and the freedom to act on her impulses without punishment was revolutionary. Or how this message of female independence would ultimately serve me better than any romance novel, which built up my expectations about sex and relationships in a way that was sexist and limiting.

Back when I was 13, the greatest thing that could happen to a girl would be for a boy to chase her during recess. On the rare occasion I'd been singled out as a target, I'd let the boy catch me, struggling just the right amount in his arms. I'd feign indignation, although what I really felt was proud and powerful.

Later, when I'd fantasize about what it would be like to have a boy's hands on me, I'd worry about being a nymphomaniac. After all, everyone knows sex was only good between two people in love (and people in love got married). So wasn't there something wrong with me that I considered the prospect of only having sex with one man incredibly boring and terribly unfair? Men got to do whatever they wanted, why couldn't I?

This was the very type of injustice Jong was challenging. With Fear of Flying, I got a peek into adulthood, but at the time, I couldn't make that leap. To me, it was just intimidating. Because if life was as messy and complicated for women as Jong proposed, why would anyone want to grow up?