Accessibility links
Signs Emerge Of Economic Change In North Korea As North Korea prepares for an unusual parliamentary meeting Tuesday, farmers have told the Western media that new agricultural rules will give them more control over their crops — which would mark a significant change for the state-run economy. It raises hopes that the country is on the verge of a major shift. 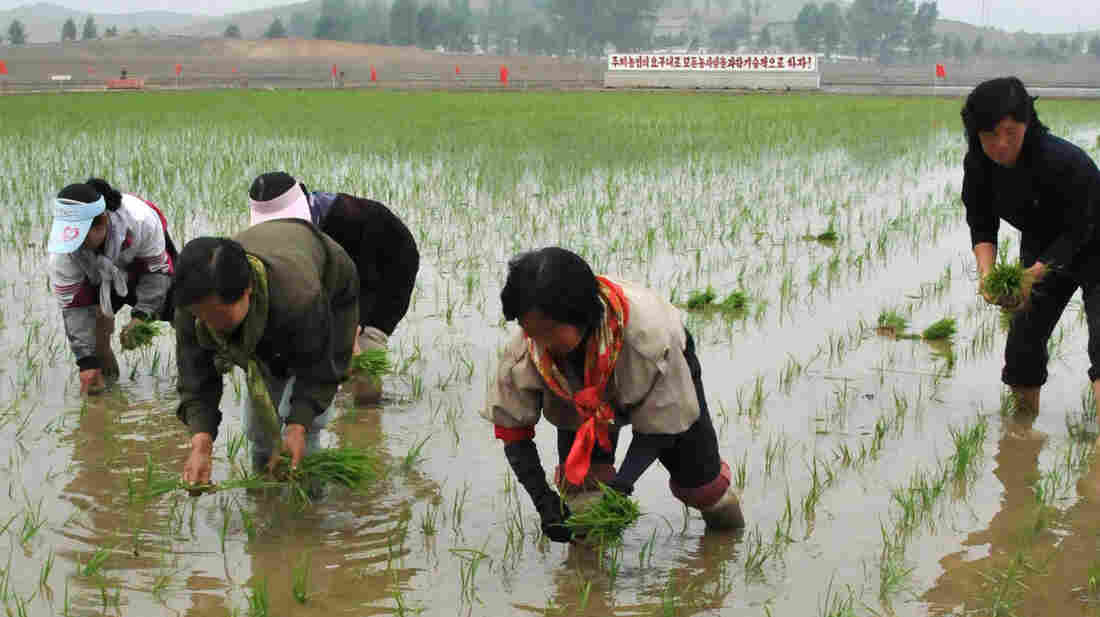 Workers plant rice at a co-op farm in Nampo, North Korea, on May 12. The North Korean leadership has given indications that it may be preparing to implement measures to liberalize the country's economy. Kyodo/Landov hide caption 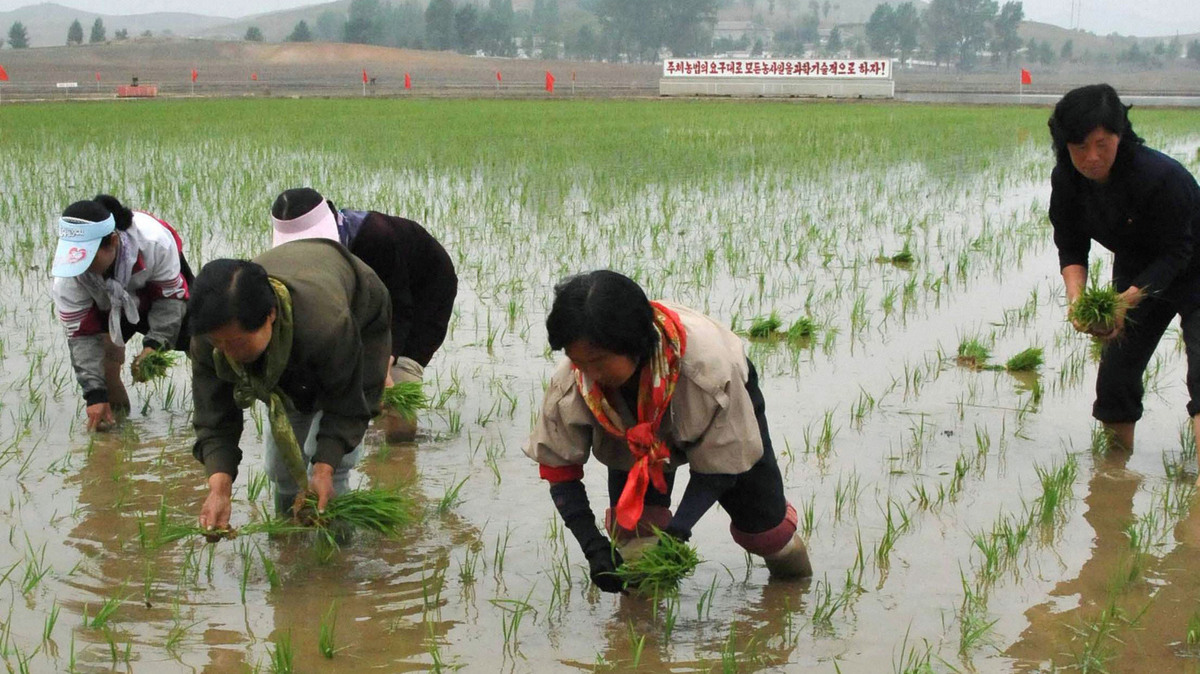 Workers plant rice at a co-op farm in Nampo, North Korea, on May 12. The North Korean leadership has given indications that it may be preparing to implement measures to liberalize the country's economy.

An unusual parliamentary meeting is due to open Tuesday in Pyongyang, the capital of North Korea, amid speculation of sweeping changes ahead. In the first such confirmation from within the country, farmers told The Associated Press they would be given more control over their crops under new agricultural rules. Long seen as an economic basket case, North Korea now could be on the cusp of economic change.

A recent state television broadcast shows North Korea's young leader, Kim Jong Un, with a straw hat jauntily perched on his head, visiting a collective farm, examining a group of skinny cows. Nobody knows for sure what's happening inside North Korea, but the country may be on the verge of something big.

One recent pilot program allowed some farmers to keep 30 percent of their crops, instead of giving almost everything to the state as in the past. It also shrunk collective farms to just three or four people, according to Andrei Lankov of Kookmin University in Seoul. 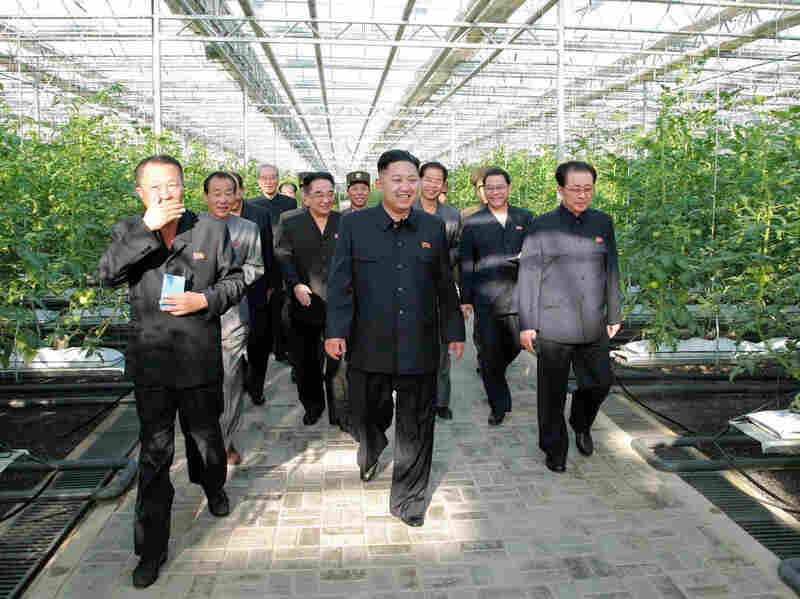 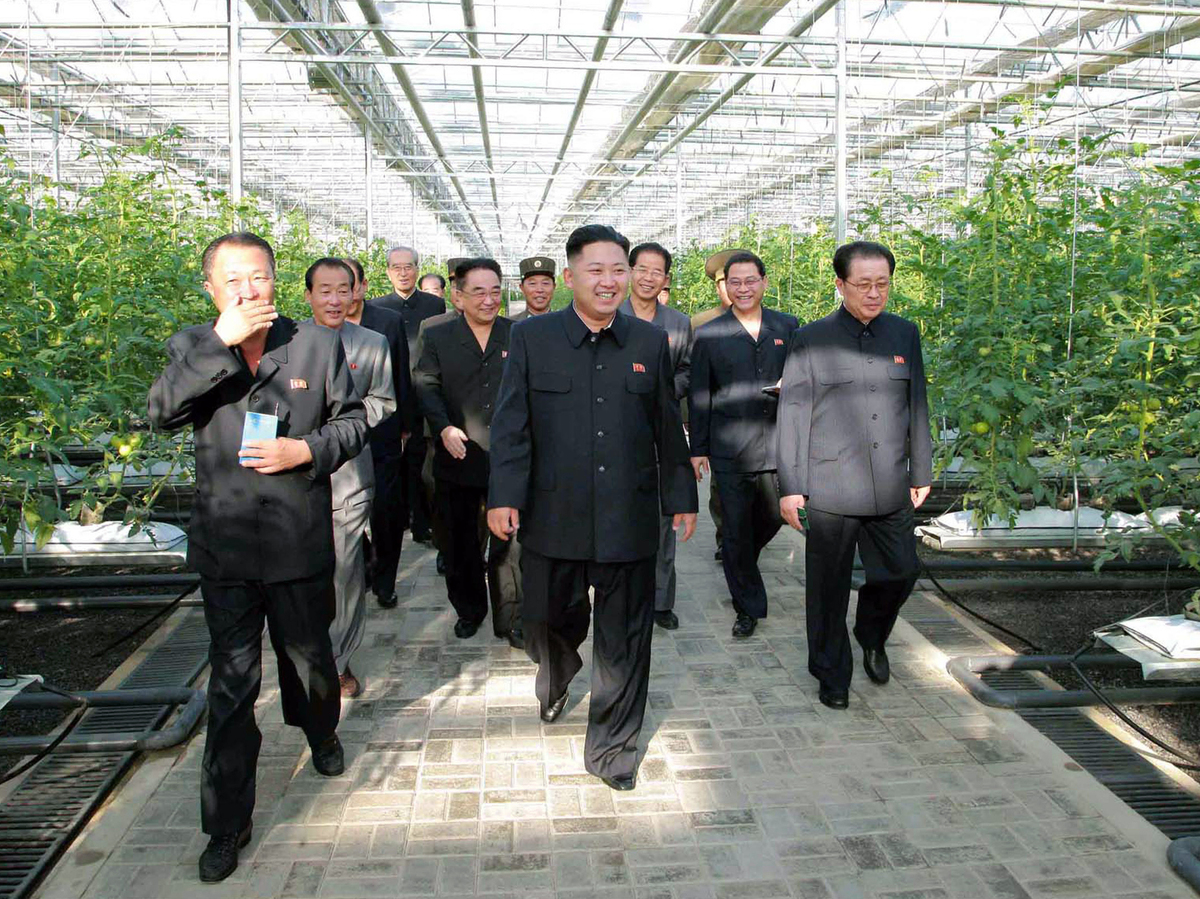 "It's very important. They're making the family unit into the major, official production unit in state-run collective farms," he says.

Change Happening On The Ground

In April, during the first public speech he delivered as the country's top leader, Kim announced that North Koreans would never have to tighten their belts again. If families are given more control over their crops, Pyongyang would be embarking on a Chinese path of reform.

Some, however, argue that such a step is necessary just to keep pace with what's already happened on the ground. People used to get rations from the public distribution system; when that collapsed, everything changed, according to Chung-in Moon of Yonsei University in Seoul.

"What has been filling the gap? That is the farmers markets and other kinds of ... quasi-private markets," Moon says. "I would say this is simply a matter of formalization. But that mechanism existed; otherwise North Korea could never have coped with food crisis."

Whatever is happening, private markets are struggling to digest the change. Analysts say inflation has been at 200 percent the past few months. The currency is collapsing, and the price of rice has skyrocketed. This is one of the dangers of reform, according to Kookmin University's Lankov.

"The people who are in control of North Korea, they want to change things, but I'm not sure they understand even the very basic stuff — stuff about inflation, about prices," he says. "They are remarkably ignorant about it."

Getting China, The Military On Board

North Korea To Launch Rocket, And A New Power Play

But, unusually, there was no big economic aid package. China is facing its own leadership change, and Adam Cathcart of Queens University Belfast says this could be one factor pushing the North — which is heavily dependent on trade with China — to act.

"The North Koreans are highly sensitive to transitions of power, and so they really want to lock this in and try to keep the Chinese on board," he says.

And then there's the difficulty of getting North Korea's powerful military on board.

In July, North Korean television announced the sudden sacking of army chief Ri Yong Ho. Analysts said his downfall was part of a power struggle: civilian leaders moving to exert control over lucrative trading rights, once the preserve of the military. Removing military privilege could cost Kim support, making it harder to push through his agenda.

It's not clear how deep or broad the changes will be. The risks, however, are huge, says Cheng Xiaohe of Beijing's Renmin University.

"The possibility of failure is really big. If they fail, it could threaten the existence and legitimacy of the regime," he says.

There have been signs of change in North Korean state-run propaganda — girls in short skirts in a new band, and the appearance of American icons like Mickey Mouse. The introduction of Kim Jong Un's young, fashionable wife also shows he wants to present himself as a new style of leader, a modernizer.

This untried 20-something now faces tough tests ahead. Economic reforms are dangerous and increase the possibility of a crisis that might bring him down. But without reform, his regime faces the possibility of crisis — and failure — as well.