Accessibility links
RG3: A Game Changer For 'Thirds' Everywhere When sport and language intersect, they can help define how we speak and think — consider the "level playing field." And in Washington Redskins quarterback Robert Griffin III, the sons of juniors, such as Benjamin Franklin Deford III, might have found a game changer. 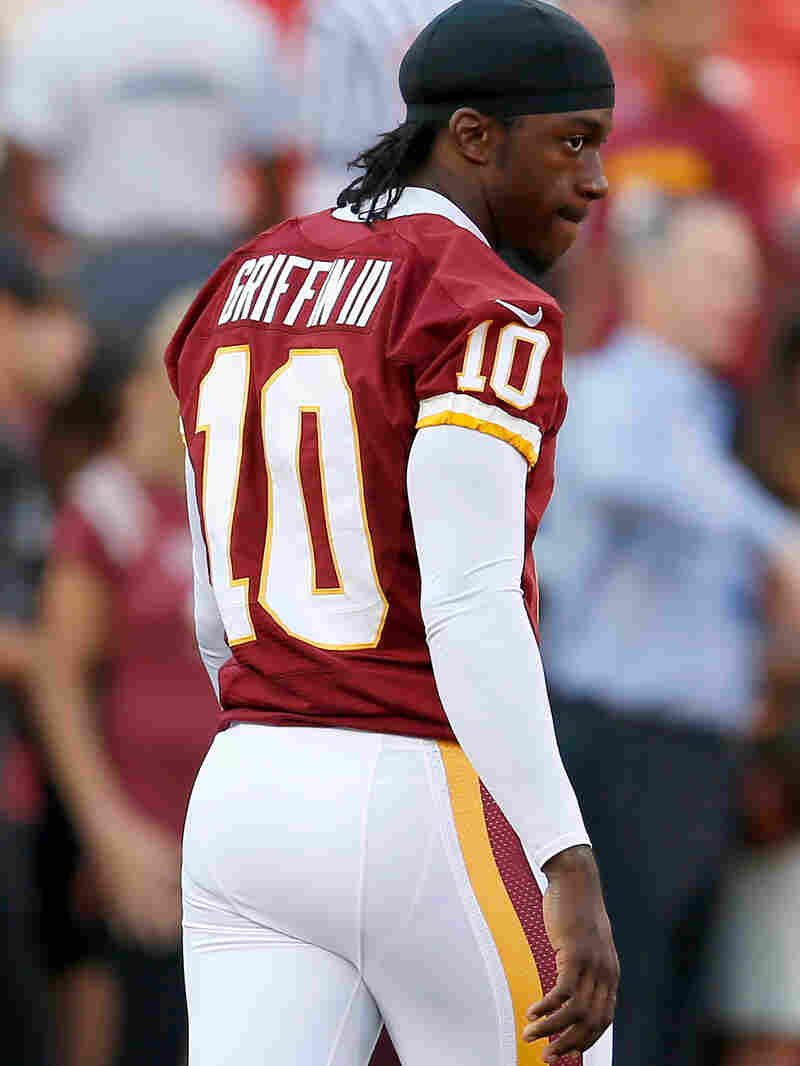 Washington Redskins quarterback Robert Griffin III watches from the sidelines. RG3 as he is known has a fan in other thirds like Frank Deford. Rob Carr/Getty Images hide caption 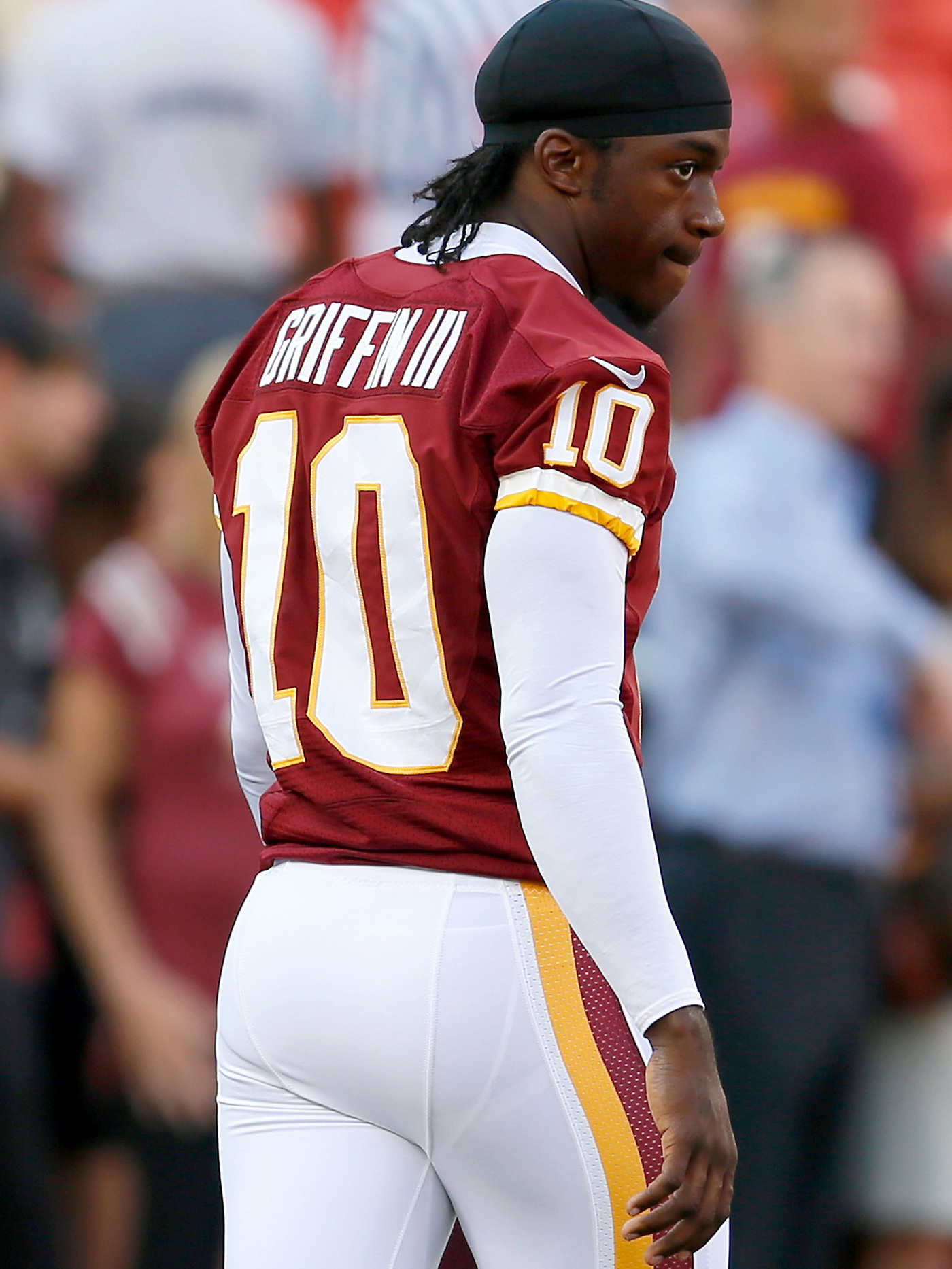 Washington Redskins quarterback Robert Griffin III watches from the sidelines. RG3 as he is known has a fan in other thirds like Frank Deford.

We're all familiar with the many sports terms that have moved into general usage: "par for the course," "slam-dunk," "curveball," "photo finish" and so on.

Curiously, though, every now and then something of the inverse occurs, and we get an expression which is commonly used that has been derived from sport, but never used in sport.

Likewise: "The ball is in your court." Nobody in tennis ever says that. Among other things, by the time you did, the ball would already be back over the net — right smack in your court.

Or: "soccer moms." Does any mother who has a child on a soccer team ever call herself a soccer mom? No. And by the way, what ever happened to the word "mother"? Nobody ever says "mother" anymore. Everybody just says "mom."

When I was growing up, I had a mom, and my buddy had a mom — but if you referred to more than one mom, you always said "mothers." There were no "working moms" then, or "Gold Star moms," or "moms of invention," and certainly no "soccer moms." Oh well ... that's a subject that deserves further discussion some other time.

But now we have a very popular new sports term that is never used in sports: "game changer." Where did that come from? Nobody who plays a game ever says the game had a game changer. No, it has forever been obligatory in sport to say "turning point."

Real games have turning points. But things that are not games have game changers.

Here, though, is a game changer, uniformwise, that especially interests me. The star rookie quarterback of the Washington Redskins is named Robert Lee Griffin III. And so far as I know, he is the first player ever — ever — in the entire history of sports uniforms, to have "the third" on his uniform. It says "GRIFFIN III."

You see, I happen to be a third myself, although I dropped it as soon as my grandfather died and there weren't three of us with the same name around anymore.

I don't know about young Mr. Griffin, but it's a terrible thing being the third. There's no place to put Roman numerals on forms. And it sounds snooty, like you're an earl or a duke, and sometimes you get mail addressed to Mr. Iii. That's capital I, then two lower case i's, because the computer has mixed up Roman numeral ones with letters. However, maybe if you have "the third" on the back of your uniform, this problem will not develop.

In any event, I am sure that all the other American thirds, like me, are rooting for Robert Lee Griffin III. I hope his jersey is a big seller — so us thirds will finally come into fashion.