Accessibility links
After 26 Years, The Sam Rivers Trio Resurfaces The freewheeling saxophonist and his small group from the 1970s came together for a live concert in 2007 — their first together in more than two decades. Now, a recording has been posthumously released on CD, and critic Kevin Whitehead says it's like they never went away. 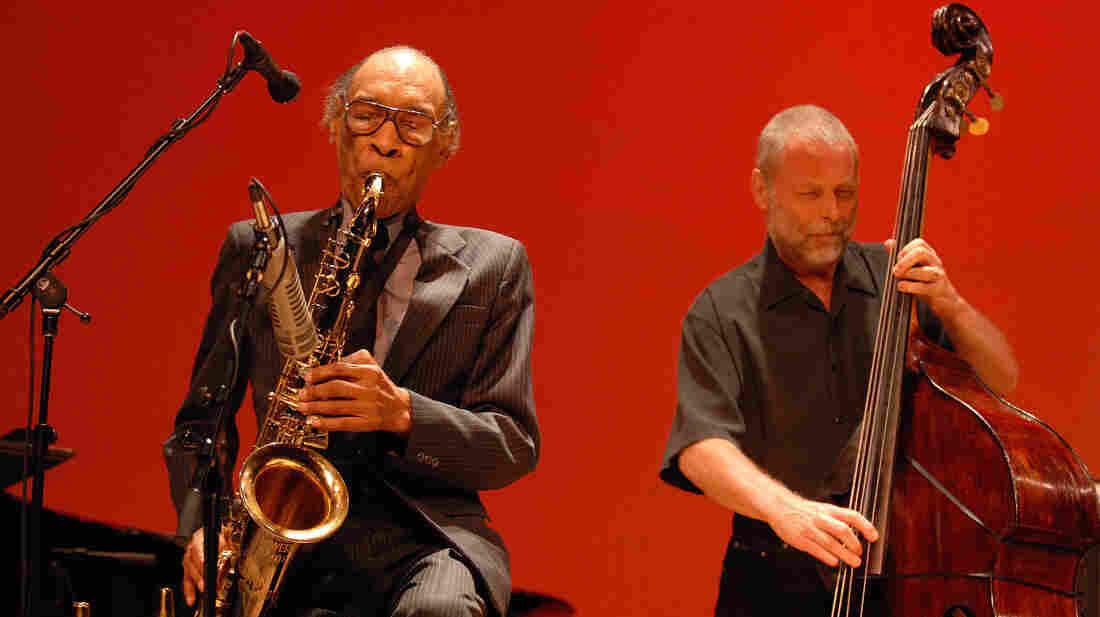 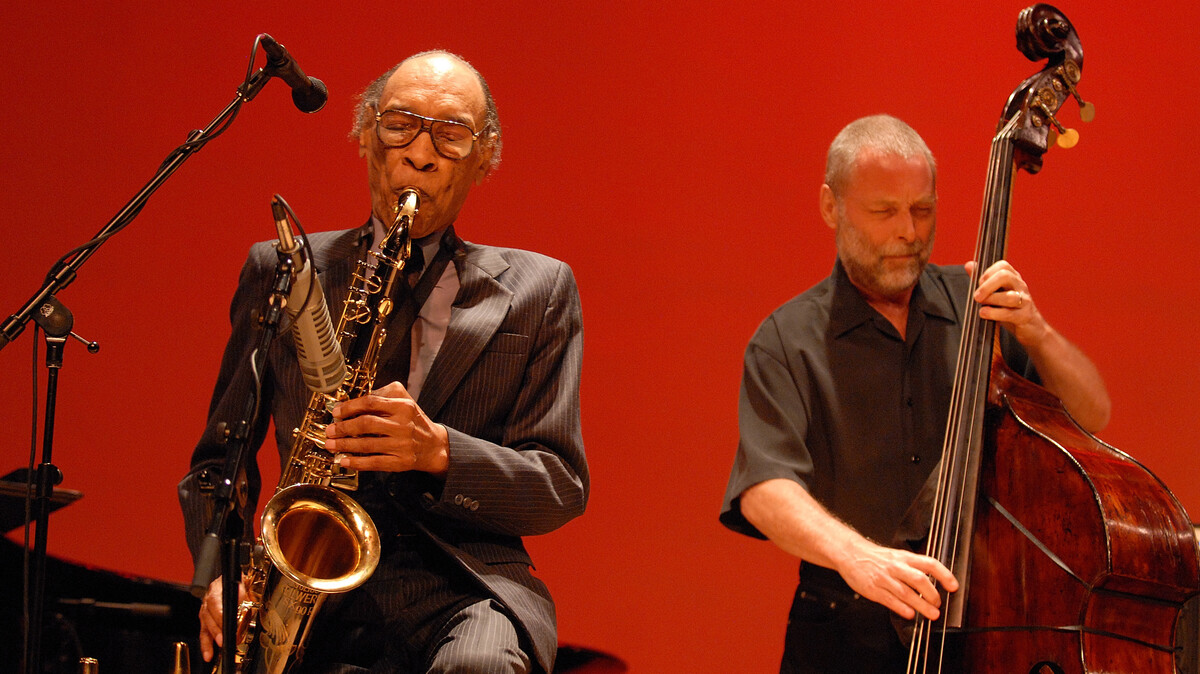 Ken Weiss/Courtesy of the artist

Jazz multi-instrumentalist Sam Rivers, who died at 88 in December 2011, recorded with many trios in the 1970s. But his most celebrated trio was barely recorded at all. In 2007, it played a reunion concert — its first in 26 years.

In the '70s, Rivers often recorded with bassist Dave Holland and drummer Barry Altschul. Usually, one or two other musicians were involved, as on Holland's quartet classic Conference of the Birds. The Rivers-Holland-Altschul trio toured frequently but made only two low-profile albums, The Quest and Paragon, the latter never reissued. Its 2007 recording Reunion: Live in New York has now been released on CD, and it surpasses either of those oldies — as if the band had never gone away.

Not that Rivers was playing at his peak at age 83, but the reunited trio confirms how varied and coherent free improvising can be. Its music provides a reminder of why folks sometimes call such endeavors "instant composing." Rivers preached and practiced the idea that playing "free" meant free to include anything — you could play loud or quiet, lyrical or fragmented, tonal or atonal, flamenco or the blues.

Holland once called this trio his finishing school, but he'd already found his voice as a precise and prodding bass player. He and the colorfully resourceful drummer, Altschul, had already teamed up behind Chick Corea, Anthony Braxton and Paul Bley before joining Rivers. But with Rivers, they perfected the art of how to set up an improvising soloist.

Improvising groups that play together a lot may develop informal routines or reliable ways to get the music moving. They may never discuss them, but they silently agree that they work. Rivers' trio is one of the great examples, as Rivers always milked the contrasts among his burly tenor and sinewy soprano saxophones, his sketchbook-y piano and that willowy flute that could sound eerily like his speaking voice. Holland and Altschul laid down all manner of supportive patterns for Rivers to roam over — vamps and bridgework for all moods and tempos.

Free jazz, like other kinds of jazz, has a history, and sometimes references that past: John Coltrane, or the blues, or the speech-like instrumental dialogues of Charles Mingus and Eric Dolphy. The Rivers trio took that practice to the next step by drawing the drummer into three-way conversations.

Sam Rivers was one of those musicians who felt he never got his due, whether as a big-band leader in Orlando late in life or as a hardcore "free" player who'd also worked with Dizzy Gillespie, T-Bone Walker and briefly with Billie Holiday. He may have been right about the recognition, but this much is certain: Rivers' '70s trios — this one especially — pointed out a full range of possibilities to many freewheeling combos that came later.