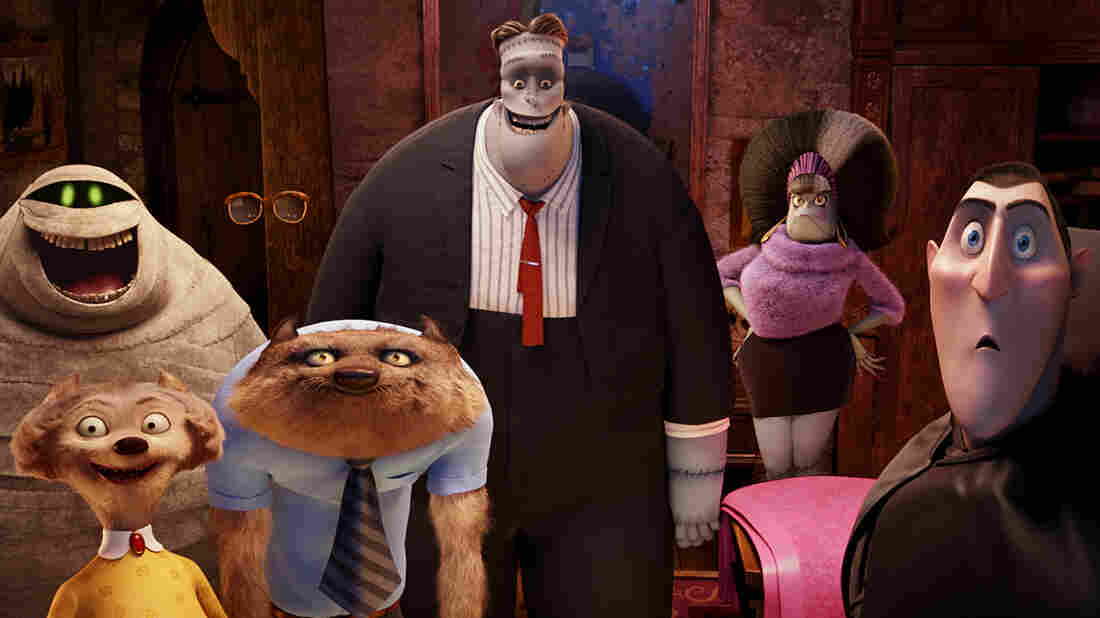 Rated PG for some rude humor, action and scary images

One of the better jokes in Hotel Transylvania comes when Dracula (Adam Sandler) happens to see a clip of one of the Twilight movies. As Edward sparkles in the sunlight, Drac is even more offended at this bastardized representation of his kind than he is by the people constantly imitating his Transylvanian accent by appending the nonsense words "Bluh, bluh bluh!" to the end of any sentence.

But vampires who live in glass coffins shouldn't throw stones — because at its core, this movie is little more than Twilight told from the other side of the tracks, only with far more fart jokes.

As in Twilight, Hotel Transylvania is about a headstrong daughter on the verge of adulthood who, despite the sheltering influence of her hapless single father, meets and falls for a boy who isn't of her kind. He hails from an unfamiliar and dangerous world, and if everyone around them only knew his true, hidden nature, they'd be terrified for her safety.

Only in this case, the father — Dracula — and his daughter, Mavis (Selena Gomez), are the vampires, and the impressively coiffured young lad, Jonathan (Andy Samberg), is the human.

Transylvania is also just as lacking in any real bite as those movies. Yes, this is a kiddie flick, but this summer's much better animated house of horrors, ParaNorman, showed just how to put together a funny, smart, kid-friendly monster movie without completely defanging its ghoulies.

Both films present their monsters as largely misunderstood softies, but where ParaNorman maintained some of the inherent menace of its creatures — allowing it to be spooky and pay homage to its classic horror influences — Transylvania's caricatured beasties are written mostly to serve tired gags.

So Frankenstein (Kevin James) is a clumsy gentle giant constantly coming apart at the seams — literally. (And not to get overly pedantic, but shouldn't he be Frankenstein's monster, and not Frankenstein?) Wayne and Wanda (Steve Buscemi and Molly Shannon) are put-upon werewolf parents dominated by the seemingly dozens of scrappy pups they keep birthing. There's also an Invisible Man, a Mummy and Quasimodo, all mostly one-joke wonders. 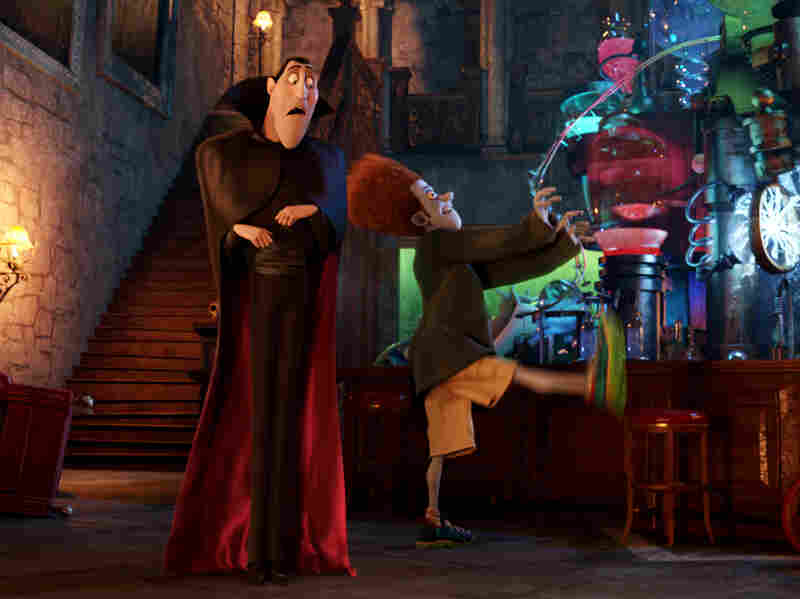 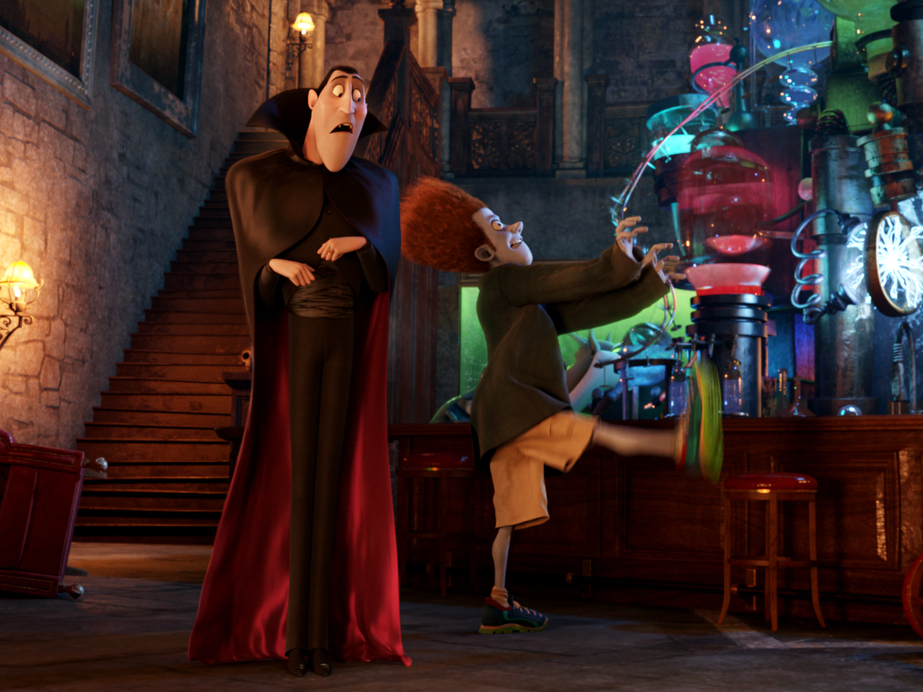 Dracula teaches Johnny (Andy Samberg), a human, how to be a master monster.

They're all guests at the titular lodge, built by Dracula after the death of his wife at the hands of an angry torch-and-pitchfork-wielding mob of humans. It's a sanctuary to protect his newborn daughter and to provide safe haven for all of monsterkind. That worked out fine for over a century, until Jonathan, an American backpacker, accidentally finds his way to the door and upsets the longstanding status quo.

Director Genndy Tartakovsky was the creative force behind the fantastically off-kilter Samurai Jack animated series, and brings plenty of the visual fun of that series to bear here — though the 3-D version is completely unnecessary, especially given how much he pays tribute to classic Tex Avery-style 2-D animation.

Screenwriters Peter Baynham (Borat) and Robert Smigel (Saturday Night Live) are also each responsible for hours of slyly subversive humor over their careers. That seems like a creative dream team for a movie with this description, but something about the alchemy of the combination just didn't produce the gold one might expect.

The relationship between Jonathan and Mavis could have been the movie's saving grace — even amid lazy jokes that include Frankenstein's disembodied legs sneaking behind another monster to unleash a noxious green cloud of flatulence, or the Invisible Man having his completely superfluous swimming trunks yanked down by the pool.

The problem is that Jonathan is possibly the most annoying romantic lead in any film in recent memory. His gnarly, X-Games-loving, righteous-dude shtick is so grating that my frustration with the lack of ferocity in the movie's monsters may be largely because I kept wishing one of them would act like a proper monster and tear him limb from limb.