Accessibility links
Movie Review - 'Solomon Kane' - Hellbound And Down In Old England Adapted from Robert E. Howard's comic of the same name, Michael J. Bassett's film falls flat in its bid for the big screen. Critic Scott Tobias says the film gets bogged down in its bloodshed, wiping away all trace of the fun the pulp original offered.

'Solomon Kane,' Hellbound And Down In Old England

'Solomon Kane,' Hellbound And Down In Old England 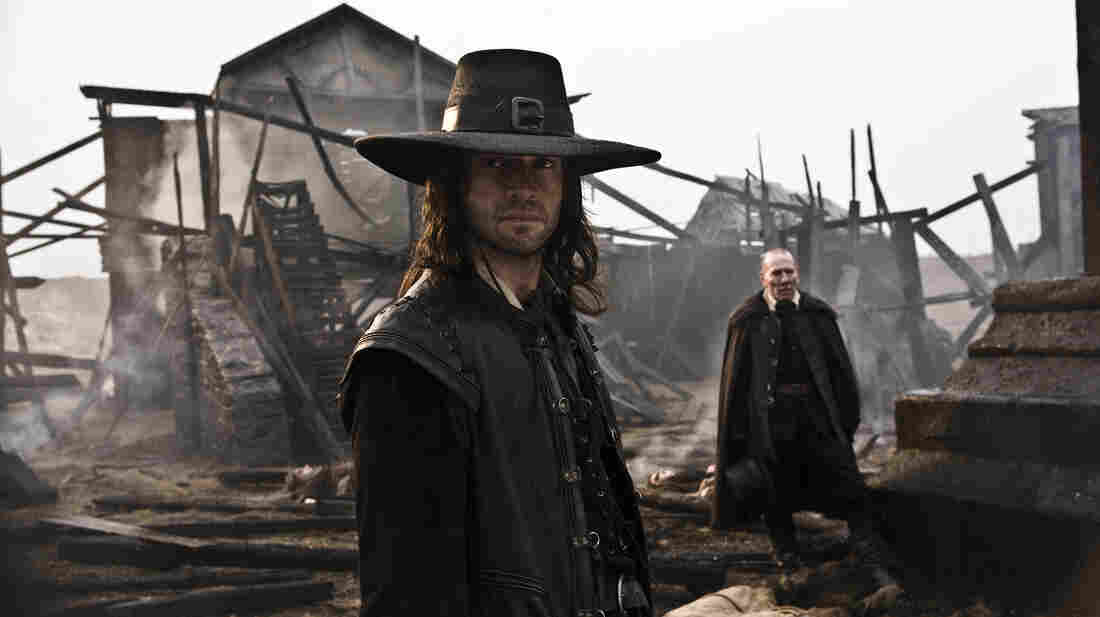 Published mainly in the pulp magazine Weird Tales — also the preferred outlet for his most famous creation, Conan the Barbarian — the serial adventures of Robert E. Howard's Solomon Kane character provided an early model for the "sword and sorcery" subgenre, that crude yet irresistible fusion of the superpowerful and the supernatural.

A man of extremes, embodying evil and righteousness as circumstances warrant, Kane slashes his way through a barren hellscape, chased by demons sent to claim his condemned soul. He looks pretty badass, too: a pilgrim cloaked in all black, obscuring an arsenal that includes two pistols, a rapier and a short, curved saber for when the action gets up close and personal.

All told, Kane cuts the type of figure that seems certain to electrify sci-fi/fantasy conventions one year and rule Halloween the next, appealing to those who wish Game Of Thrones featured less political intrigue and more decapitations. Sam Raimi and Bruce Campbell would have had a blast with this material back in their Evil Dead days, but writer-director Michael J. Bassett attempts to honor Kane by taking his antihero's mission seriously — which here means a rain-soaked spectacle as dreary and joyless as he is. There's nothing wrong with playing the material straight, but pulp exists to arouse the senses, and two hours of po-faced brutality slowly deadens them. 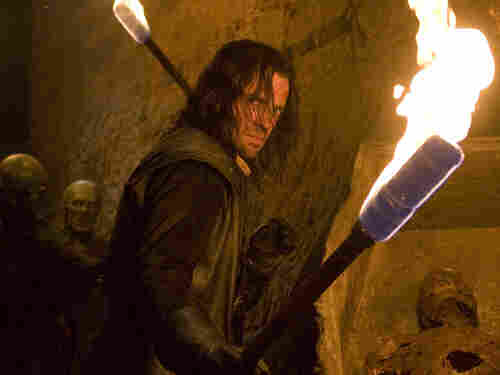 Kane must use his battlefield skills to save England from a blackhearted sorcerer and his deadly minions. RADiUS-TWC hide caption 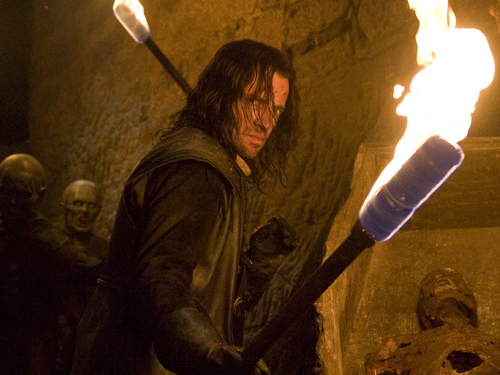 Kane must use his battlefield skills to save England from a blackhearted sorcerer and his deadly minions.

Set a full century before Howard's stories, Solomon Kane opens with a rousing sequence in North Africa in 1600, as Kane (James Purefoy) and his men lay waste to castle guards and plunder a treasure room for a pile of gold coins and icons. But Kane's powers come with a high price: He sold his soul to Satan long ago, and now "the Devil's Reaper" has come to collect. Though he uses his wits to escape damnation for the moment, Kane knows that his evil deeds will not go unpunished.

One year later, Kane is a reformed man hiding out in a monastery in the English countryside, but his commitment to the ascetic life is cut short when dark forces appear again on the horizon. Exiled from the monastery, he hooks up with a family of fellow Puritans — headed by the late Pete Postlethwaite — but they can't shelter him for long, either. An evil sorcerer named Malachi (Jason Flemyng) has set up camp at Kane's ancestral castle and set his bloodthirsty minions loose to raze villages and terrorize the God-fearing innocents. It's up to Kane to reclaim his home, banish the demons from the land and save his tormented soul in the process.

There are no laughs in Solomon Kane; the sole attempt at a joke doesn't score, but it's a bracing reminder that humor exists. Instead, Bassett and Purefoy, his charisma-impaired star, get down to the grim, colorless business of vanquishing evil in a world where it settles like a black fog.

This backdrop is decorated like scenes from Cormac McCarthy's Blood Meridian, with bodies hanging from trees and the ground smoldering in smoke and ash. In the foreground, Bassett unleashes vaporous CGI demons that snap up mortals as quickly as they can draw breath, carrying them into a vortex of doom.

Bassett tries to add depth by filling in back story about Kane's childhood estrangement from his father (Max von Sydow) and brother (Samuel Roukin), and by giving him a fair maiden (Rachel Hurd-Wood) to rescue from Malachi's grips, but Solomon Kane flattens those conflicts out as thinly as its consideration of good and evil. It grinds along on the dubious strengths of its generic battle sequences and midbudget special effects, whipped up around a stone-faced hero who's part Christ figure, part embodiment of wickedness, all crippling bore. The weight of the world rests far too heavily on his shoulders.