Accessibility links
Movie Review - 'Vulgaria' - Raunch Comedy With An Asian Accent Hong Kong cinema's wild man, director Pang Ho-Cheung, brings his eye for the unconventional to his movie-biz satire. Critic Mark Jenkins explains that while some of the Cantonese slang may be lost on an American audience, bawdy jokes share a universal language. 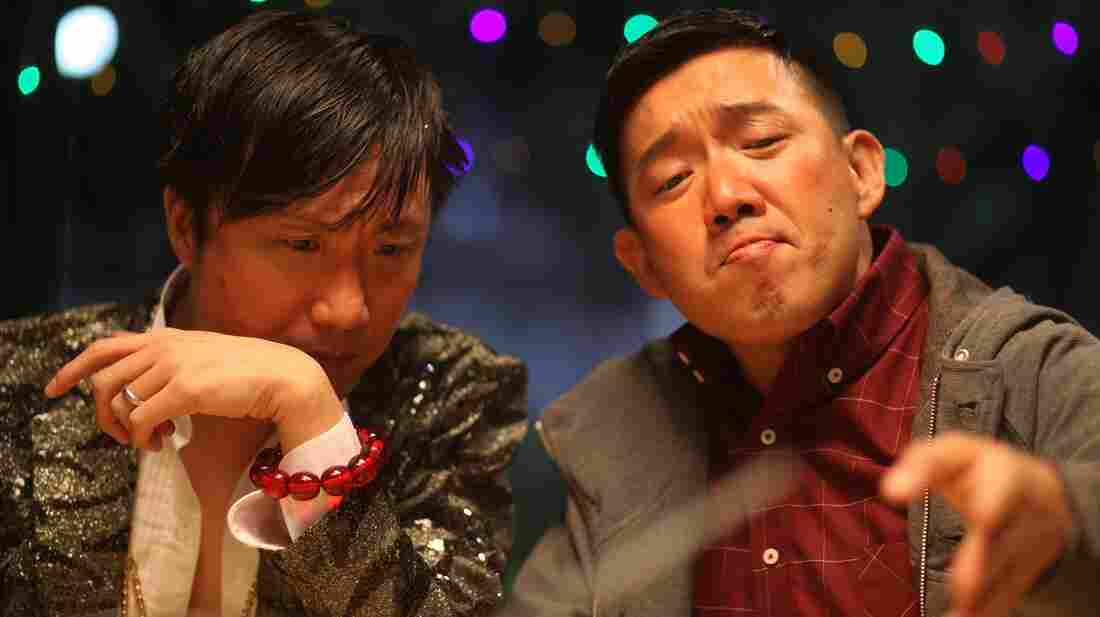 In Cantonese with subtitles

Note: Contains language that may offend some audiences.

From 'Vulgaria' - 'You've Got To Be Kidding Me'

'You've Got To Be Kidding Me'

Some men, it's said, think about only one thing. Hong Kong movie producer To Wai-Cheung, for example, is absolutely obsessive about film. Yet when he discusses it, he always seems to be talking about something else that's often on men's minds.

To (Chapman To) is the protagonist of Vulgaria, a Hong Kong movie-biz satire and sex comedy. Directed by Pang Ho-Cheung, the film boasts the spontaneity of a French New Wave romp, while including raunchy gags worthy of The Hangover and Clerks II.

The framework for this caper, which was shot in a mere 12 days, is To's presentation to a college film class. Asked about the producer's role, he says it's ugly, but functional — just like pubic hair.

The metaphor may seem dubious, but under the circumstances it's apt: To is telling the class how he produced Confessions of Two Concubines, a sequel to a genuine 1976 hit that was rated "Category III" (Hong Kong's equivalent of "X"). Vulgaria includes no on-screen sex, and not even any nudity; visually, this is PG material. But what happens just off camera is much bawdier.

To begins his quest on what seems to be familiar ground, pitching an action movie to potential backers. But he discovers midpresentation that the script, which was rewritten without his knowledge, fingers as terrorists the very people he's addressing. The meeting does not go well.

So the producer is reduced to seeking cash from a flashy gangster in Guangxi, an allegedly backward region of mainland China. Over a meal of the sort of repulsive "delicacies" Hong Kong residents scorn mainlanders for eating, Brother Tyrannosaurus (Ronald Cheng) states three conditions: He'll fund only a remake of his favorite movie of all time, Confession of a Concubine. It must star the original actress, even though she's now pushing 60. Also, the producer must have sex with a farm animal. 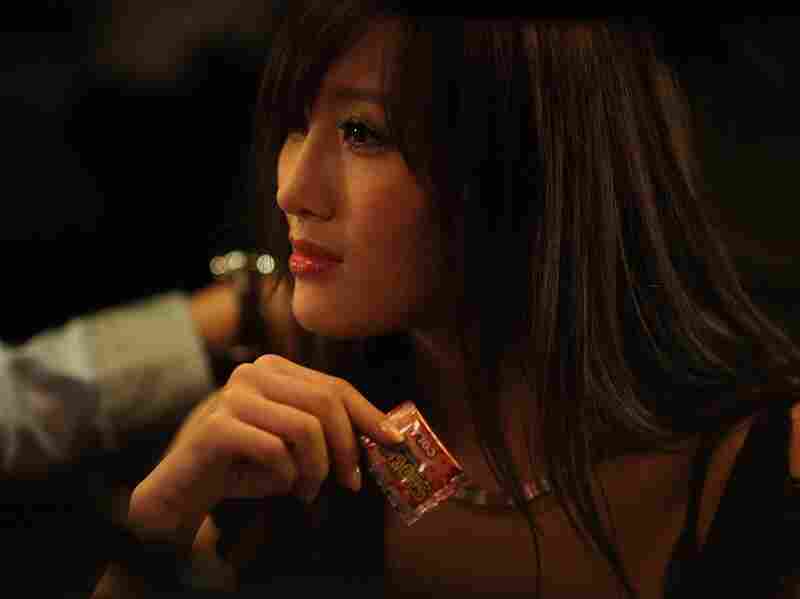 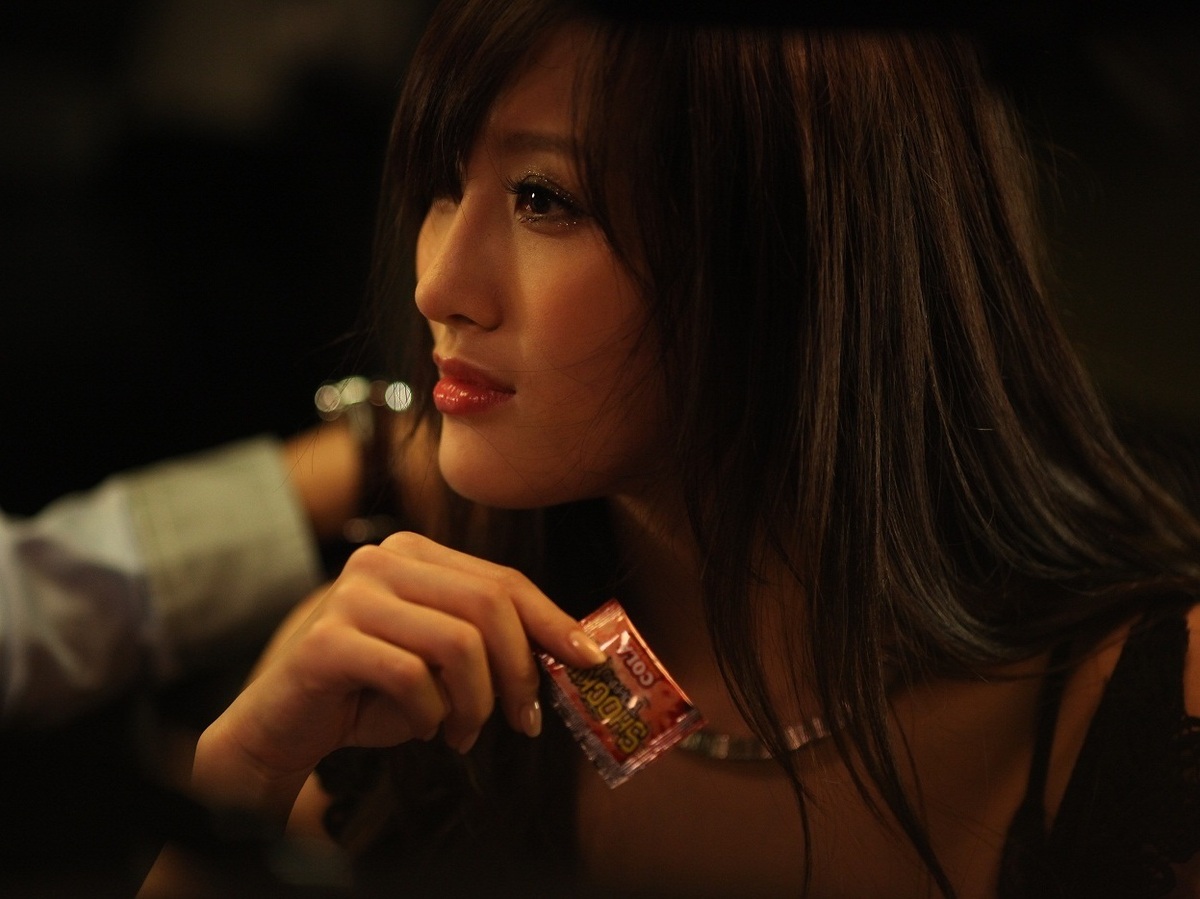 Popping Candy (Dada Chan), an ambitious young actress, stars in To's film, a remake of the X-rated Confession of a Concubine.

At this point, the Vulgaria film stock catches fire and melts, leaving just a white screen behind. To walks into the void to insist he has no memory of what happened next. But that won't be the last we hear about the incident.

Back in Hong Kong, To devises a strategy to accommodate Tyrannosaurus and still make a marketable film. He'll digitally attach the face of the original actress (Susan Shaw, playing herself) to the voluptuous body of an ambitious yet genial young actress (Dada Chan) known as Popping Candy. (Her nickname, like many of Vulgaria's jokes, cannot be explained in polite company.) Candy's leading man will be transplanted Japanese actor Hiro Hayama, mocking himself as "the Chow Yun Fat of Category III films."

Meanwhile, To fights to get partial custody of his young daughter from his lawyer ex-wife (Kristal Tin, Chapman To's actual spouse). He has an equally contentious relationship with his assistant, Quin (Fiona Sit), a young and trendy "overseas Chinese" who peppers her conversation with English.

A lot of the buffoonery works, although it helps to know something about the Hong Kong film industry (and especially last year's Sex and Zen 3D, which starred Hayama). Reportedly, the movie's humor relies heavily on Cantonese slang and profanity, which will be lost on most American viewers. But Quin's rapid-fire bilingualism gives some sense of the movie's verbal dexterity.

Although he's directed mainstream fare, including the delicate 2006 Isabella, Pang has earned a rep as Hong Kong cinema's wild man. He may not relish fried field mice, as Brother Tyrannosaurus does, but Vulgaria suggests the director is as volatile as any Guangxi mobster.