Accessibility links
Army Seeks To Curb Rising Tide Of Suicides Soldiers around the world will stop what they're doing Thursday to take part in suicide prevention training. The "stand down" is part of the Army's response to an alarming suicide rate — on average, one a day. 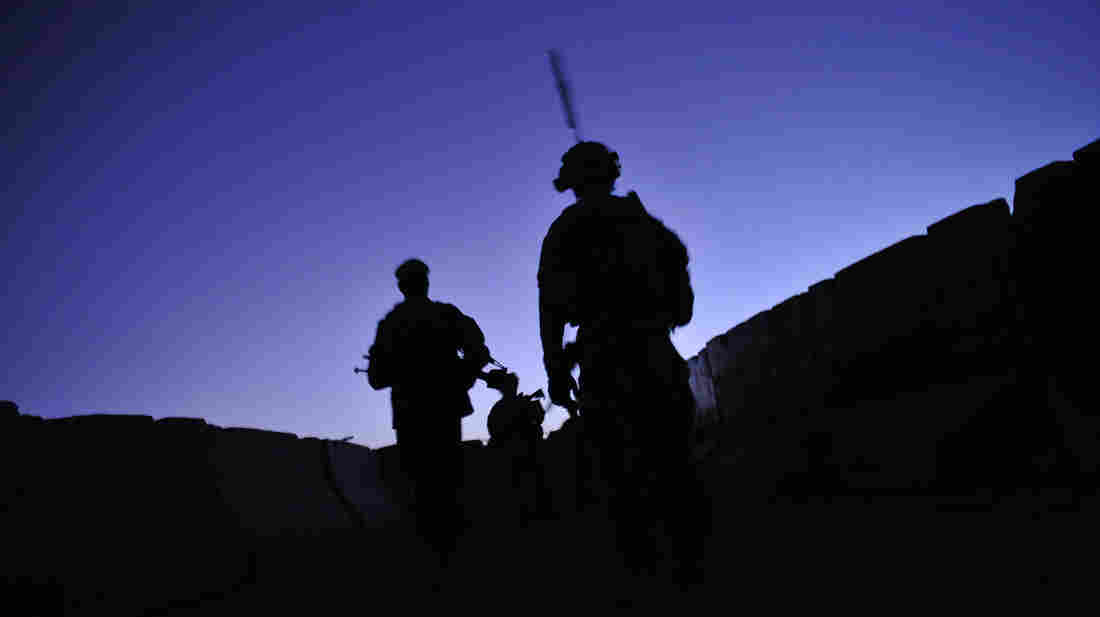 U.S. troops from the 2nd Battalion, 87th Infantry Regiment patrol at dawn in Kandalay, Afghanistan on Aug. 4, 2011. A worldwide stand down for troops to take part in suicide prevention training Thursday is part of the Army's response to an alarming suicide rate of nearly one per day. Romeo Gacad/AFP/Getty Images hide caption 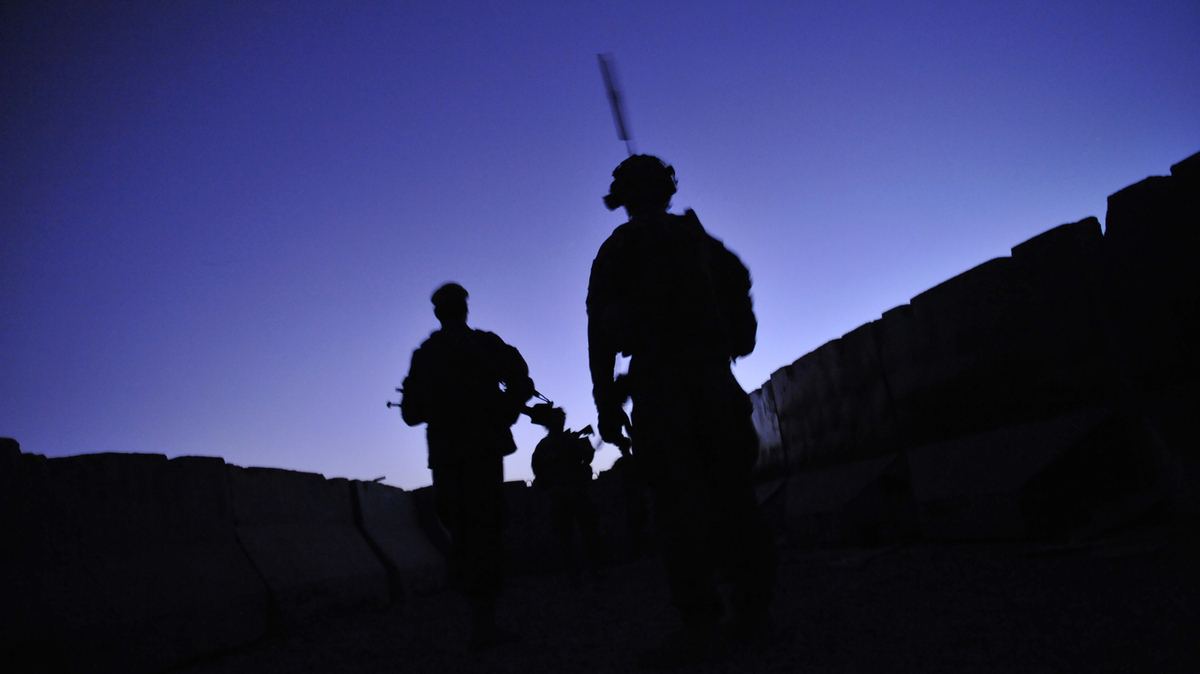 U.S. troops from the 2nd Battalion, 87th Infantry Regiment patrol at dawn in Kandalay, Afghanistan on Aug. 4, 2011. A worldwide stand down for troops to take part in suicide prevention training Thursday is part of the Army's response to an alarming suicide rate of nearly one per day.

At Fort Myer, Va., a small Army base across the river from Washington, D.C., Chaplain Mark Worrell is talking to about 100 soldiers, reciting the grim numbers.

"This year, 2012, there have been more suicides in the Army than combat deaths," he says.

Worrell paces in front of the stage in a small auditorium and talks with the soldiers for more than an hour about the warning signs of suicide. He asks them what they would do if a friend starting selling his tools and lost interest in his favorite hobbies.

"He's stopping working on cars, he sold his weapons collection, doesn't like shooting anymore," he says. "What are you supposed to do at that point?"

"Ask him," a soldier replies.

"Right," the Worrell says, "you've got to start getting to know him, right?"

Soldiers are told to ask questions, listen and escort the friend to a chaplain or hospital if necessary.

This is the kind of training soldiers around the world are receiving Thursday. The sessions are aimed at beating back some of the misconceptions about military suicide — like the idea that only those in combat are at risk.

Worrell says those based stateside still face family pressures. And then there's the stress of not deploying.

"Let's put it in terms of the Olympics: If you trained all your life and never got to compete, would that be much fun? Sometimes garrison is the same way. We train but never get to do our job," he says.

The Army has been struggling to deal with the suicide problem since numbers began rising in 2004. This year, the average is nearly one soldier suicide a day.

The worldwide stand down is meant to keep the force focused on the problem. The question is whether an effort aimed at more than a million active duty, National Guard and Reserve troops can have much of an effect.

"I don't think it would be as effective as more individual strategies," says Dartmouth University professor Tracy Stecker, who has worked with the military on the suicide puzzle. Troops today, she says, are already familiar with the dangers of post-traumatic stress and the warning signs of suicide.

"They call this kind of training 'death by PowerPoint,' " she says. "What they might not be as informed about are some individual strategies that they can take to maybe cope better with the situation at hand."

A Variety Of Approaches

The military knows this and is also building a huge database of information with an eye toward figuring out who is most at risk of suicide. But that project, called Army STARRS, will take years before it yields useful strategies to identify them. In the meantime, clinicians are trying to develop new tools to stop suicides now.

Nigel Bush, a psychologist at the military's National Center for Telehealth and Technology in Washington state, has developed a smartphone app for at-risk service members. Part of the app is based on the "hope box" many therapists use. As Bush explained at a recent conference on suicide, it's an electronic refuge for a patient who feels hopeless.

"The remind-me screen has the photos, it might have sound messages from loved ones, it might have videos of family trips and so on," he says. "And this may change over the course of therapy. This may be altered every week — things that are more pertinent over time."

If a suicide-prevention app sounds gimicky, it's part of a realization that a variety of approaches are needed for an organization that is full of young people who might be more comfortable turning to a screen.

At Fort Myer, the training session ends with a video. It tells inspiring stories of soldiers who helped save others. Some simply asked questions and learned that a fellow solider was in trouble. It seems like a lot to ask such young men and women to take responsibility for the life of another. But Spc. Roger Halford, who just went through the training, says it's part of his job.

"That's our No. 1 thing. No matter what our task is, we're going to stand next to each other and look out for each other," he says. "I'm not there by myself. I'm not putting him out there by himself. I'm there with him. We are a team. If he's doing well, I'm doing well."

An Air Force effort that started in the late 1990s was able to bring suicide rates down. But the Air Force was not dealing with the challenge the Army now faces, with a suicide rate well above the national average.