Accessibility links
A Woman As Sherlock's Dr. Watson is 'Elementary' There have been a lot of different Sherlock Holmes adaptations over the years, but Lucy Liu is probably the first woman to play Dr. Watson. In the CBS drama Elementary, Holmes and Watson solve crimes in modern-day New York City. Liu says a female Watson is a "wonderful concept." 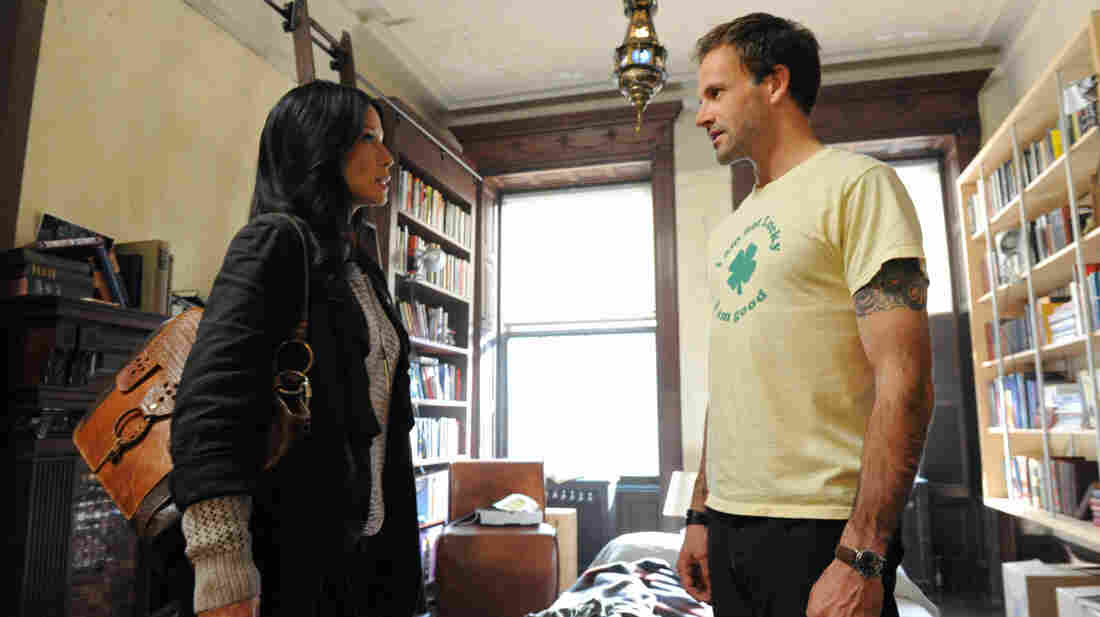 There have been a lot of versions of Sherlock Holmes over the years, but, as far as we know, none of them have had a female Dr. Watson.

Lucy Liu is known for her roles in Ally McBeal, the Kill Bill movies and Charlie's Angels. Now, she's Joan Watson, a washed-up surgeon and sober companion to Sherlock Holmes in the CBS drama Elementary.

On how much she researched the original Dr. Watson

"Well, the only research I did was actually reading the literature. When you read it, it's so current. It doesn't feel like it was written in the 1800s. You feel like you really are reading something that's fresh and funny, and you know why it's in movies and television and people are constantly trying to bring back these characters — 'cause they're fascinating, they're unique. And Watson is actually one of Sherlock's greatest fans, and what kind of bonds them and what keeps the story so interesting is their relationship and their friendship and their partnership."

On whether making Dr. Watson a woman makes the role different

"I think Dr. Watson as a woman is a wonderful concept, not just because it's more modern and it includes, obviously, different gender, but I think that what Rob Doherty, who is the creative executive and the writer, wanted to do was to incorporate a layer of uncomfortability for Sherlock, and he's fairly awkward around women and that's the one thing that Rob thought would be very interesting to incorporate into their relationship. It's a constant sort of uncomfortable sweater that one is wearing."

On whether there will be any romantic tension between Sherlock and Dr. Watson

"I think the one thing that Rob has been very adamant about is that there will be no romance between the two of them. And, in fact, Rob himself has made quite a statement by saying Watson and Holmes' relationship is going to be more of a 'bromance' than anything, which, you know, kind of will dispel and extinguish any possibility of us going in that direction.

"But I do think that there is a really great chemistry between us, and I think that they didn't expect that and now they're trying to sort of make sure that it doesn't go in any direction that they don't want it to."

On "Sherlock traditionalists" who don't like the idea of a female Dr. Watson

"The thing is, no one has said it to my face — I'm not sure if they're terrified. I mean, I can understand why people who are die-hard junkies of Sherlock Holmes and Watson, that they would be less likely to jump on board, and I think that's fine. I would not want to force anyone into having to go in this direction, but, you know, for me, I — my parents are from China, basically first generation Chinese-Americans, so to me, I don't really have an option if I want to be an artist and in this business, in order for me to survive, this is the direction that I have to go in. I do think that it's important to always break boundaries and try new things and probably put myself in the situation where there will be quite a bit of criticism."

"We grew up in Queens. We had quite a sheltered life in a way that we didn't really do very much except for go to school, come back and then play with the kids in the neighborhood. I guess we were latchkey kids. My parents worked, both of them, quite hard, and we didn't have very much growing up.

"I watched a lot of television and, you know, Get Smart and Barney Miller and Brady Bunch and things like that, and at that time there were not many Asian people on television. I think on Barney Miller there was only one person who was on there, and so I didn't grow up thinking that this was a possibility, even though this was something I really wanted to do as a child."

On being an Asian actress in Hollywood

"I never really thought of myself as the only Asian face out there until somebody pointed that out to me, you know, and said, 'You actually are quite a pioneer, and we hope that this is going to set a new precedent.' As an actor, you're defining who you are little by little, you're learning about yourself through your work, especially with this role being something as dynamic as Dr. Watson. The books are lore, and it's going to give a lot of people pause, but I think that it's a great way to sort of break the glass."