Accessibility links
Pakistani Minister Stands By Bounty For Filmmaker The railways minister is offering $100,000 to anyone who kills the maker of the anti-Islam video Innocence Of Muslims. The offer has brought international condemnation, but Islamic militants have praised the minister and he says he's not backing down. 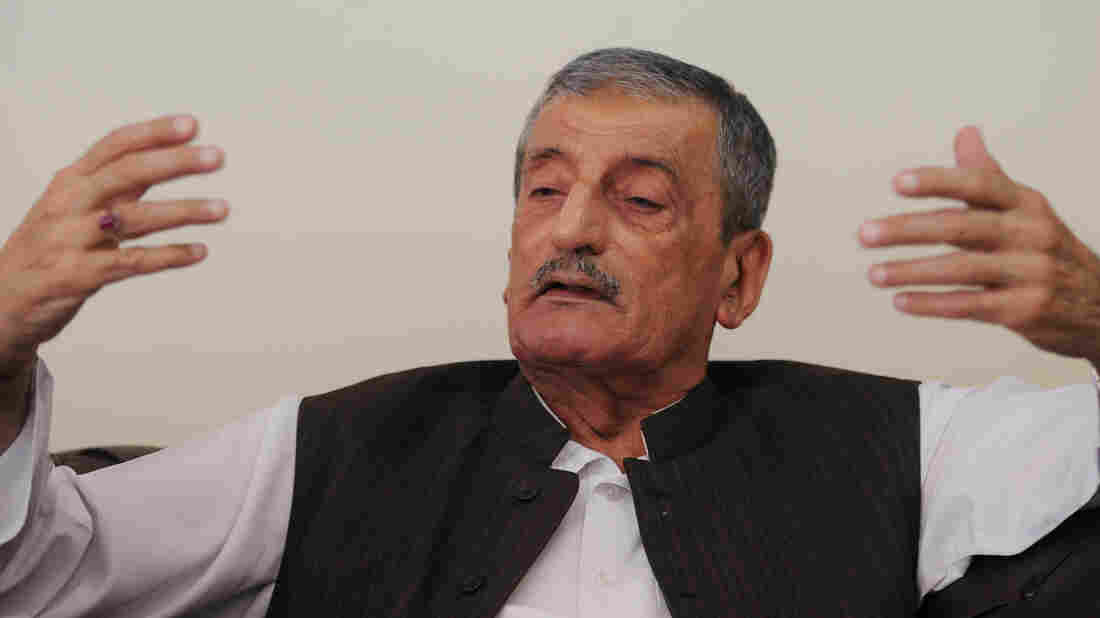 Ghulam Ahmed Bilour, Pakistan's railways minister, has offered $100,000 for the death of a filmmaker who produced an anti-Islam movie. He says it's the "only way" to stop insults to the Prophet Muhammad. Aamir Qureshi/AFP/Getty Images hide caption 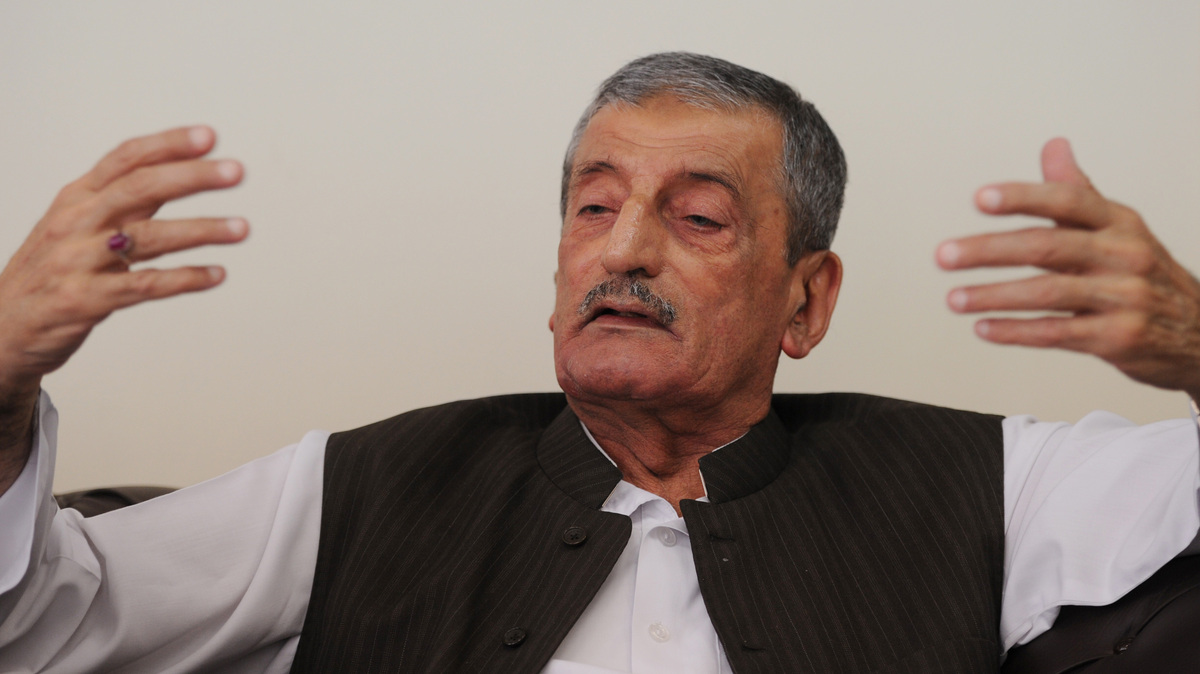 Ghulam Ahmed Bilour, Pakistan's railways minister, has offered $100,000 for the death of a filmmaker who produced an anti-Islam movie. He says it's the "only way" to stop insults to the Prophet Muhammad.

Despite international condemnation, Pakistan's railways minister says he isn't backing down from his $100,000 bounty offer to anyone who kills the maker of the anti-Islam film Innocence of Muslims.

Ghulam Ahmed Bilour, the slight, silver-haired minister, says he was angry when he saw the video and that he's a man of great faith, passionately devoted to the Prophet Muhammad.

Bilour says he could not tolerate any insult to Muhammad and felt he had to do something about it. At a news conference last Saturday, he made the $100,000 bounty offer to anyone — including Taliban and al-Qaida members — who kills the maker of the video, who has been identified as Nakoula Basseley Nakoula.

Nakoula was detained Thursday in California and is being held on charges that he violated his probation regulations.

Tunisians Battle Over The Meaning Of Free Expression

How Are American Muslims Responding To The Anti-Islam Film?

"I thought the U.S. and Europe would make some law prohibiting any insult to any prophet but that did not happen," Bilour says. "Since they did not make the law then I thought this is the way to stop it."

Pakistan's government and Bilour's own secular political party have distanced themselves from the Cabinet minister. Bilour says he doesn't care.

"I said it in my personal capacity, and not as a member of the government, and because of the fact that I have political vision and I think that was important," Bilour says.

Meanwhile, the Pakistani Taliban have embraced him. Bilour's bounty offer has also garnered support from some Islamist politicians in Pakistan, such as Hafiz Hussain Ahmed. Ahmed says he's a political opponent of Bilour's, but he agrees that if someone ridicules the prophet, the punishment is death.

"Did you not see hundreds of thousands of people who took to the streets saying a blasphemer should be beheaded? This is our Islamic order and law," Ahmed says. "If a person like Bilour belonging to a secular party has such feelings, then you should easily understand what may be the feelings of an ordinary Pakistani."

But Muhammad Malik, senior editor of Dunya News, one of the leading news channels in Pakistan, sees things with a more jaundiced eye. He says Bilour's offer is a desperate attempt to get publicity, that as the minister of Pakistan's decrepit railway system, Bilour has been a failure.

Malik says Bilour also may have been trying to curry favor with his highly conservative constituents in the northwest city of Peshawar. He says one of the targets during recent violent demonstrations in Peshawar was movie theaters.

"One of the cinemas was owned by Minister Bilour. And I think it made a lot of sense for him, political and business sense for him, to come out very strongly because these things could always happen again and maybe he was buying some security for a future mob attack or anybody targeting the cinemas," Malik says.

Bilour has made several controversial statements over the years, Malik says. He says Bilour is often the butt of jokes and that many Pakistanis question whether the elderly Cabinet minister is still "all there."

"Nobody takes Bilour seriously in Pakistan," Malik says. "Now the problem is, the West or the other countries, they don't know him. So for them, they see, oh, he's a federal minister for railways and he's made such an idiotic statement, such a big deal. But over here, we know Bilour. I would say by his standards, it's a pretty sensible thing that he's done."