Accessibility links
The Fight To Desegregate Ole Miss, 50 Years Later In 1962, chaos broke out at the University of Mississippi after an African-American student named James Meredith tried to enroll. Tell Me More guest host Celeste Headlee looks back with Meredith's niece, Meredith McGee, and history professor Frank Lambert, who was also a student at Ole Miss. 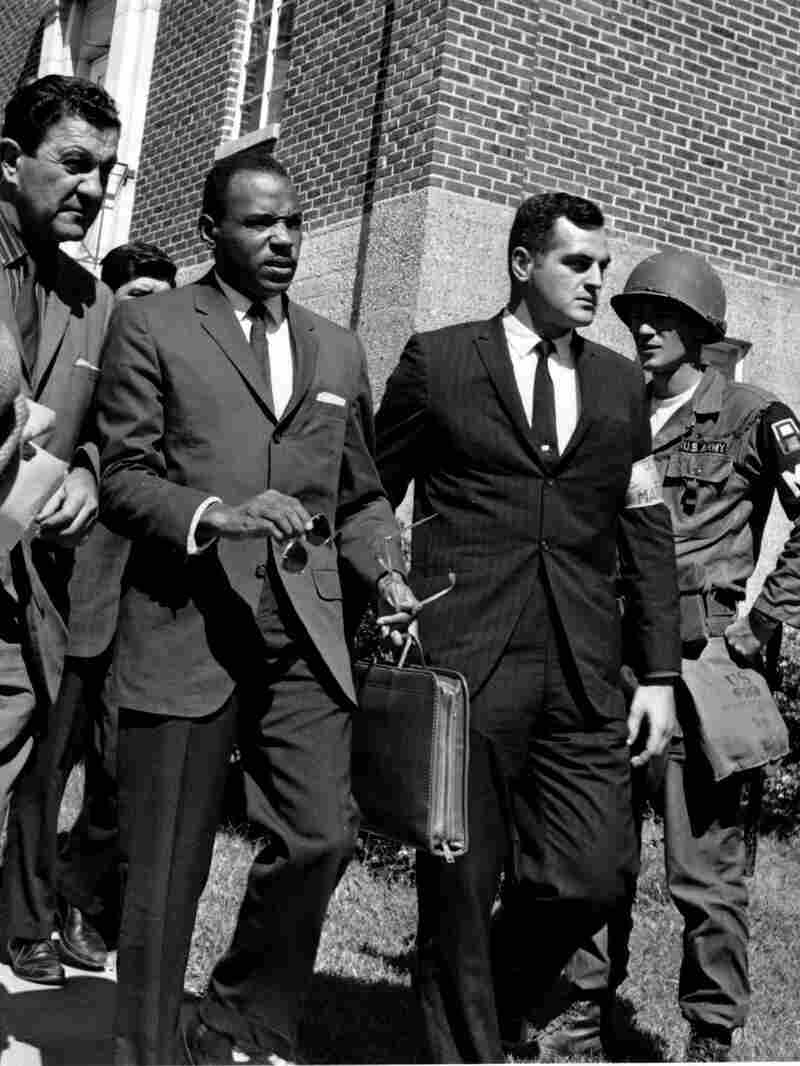 James Meredith is escorted by U.S. Marshals. A riot broke out in 1962 when Meredith tried to enroll at the University of Mississippi. AP hide caption 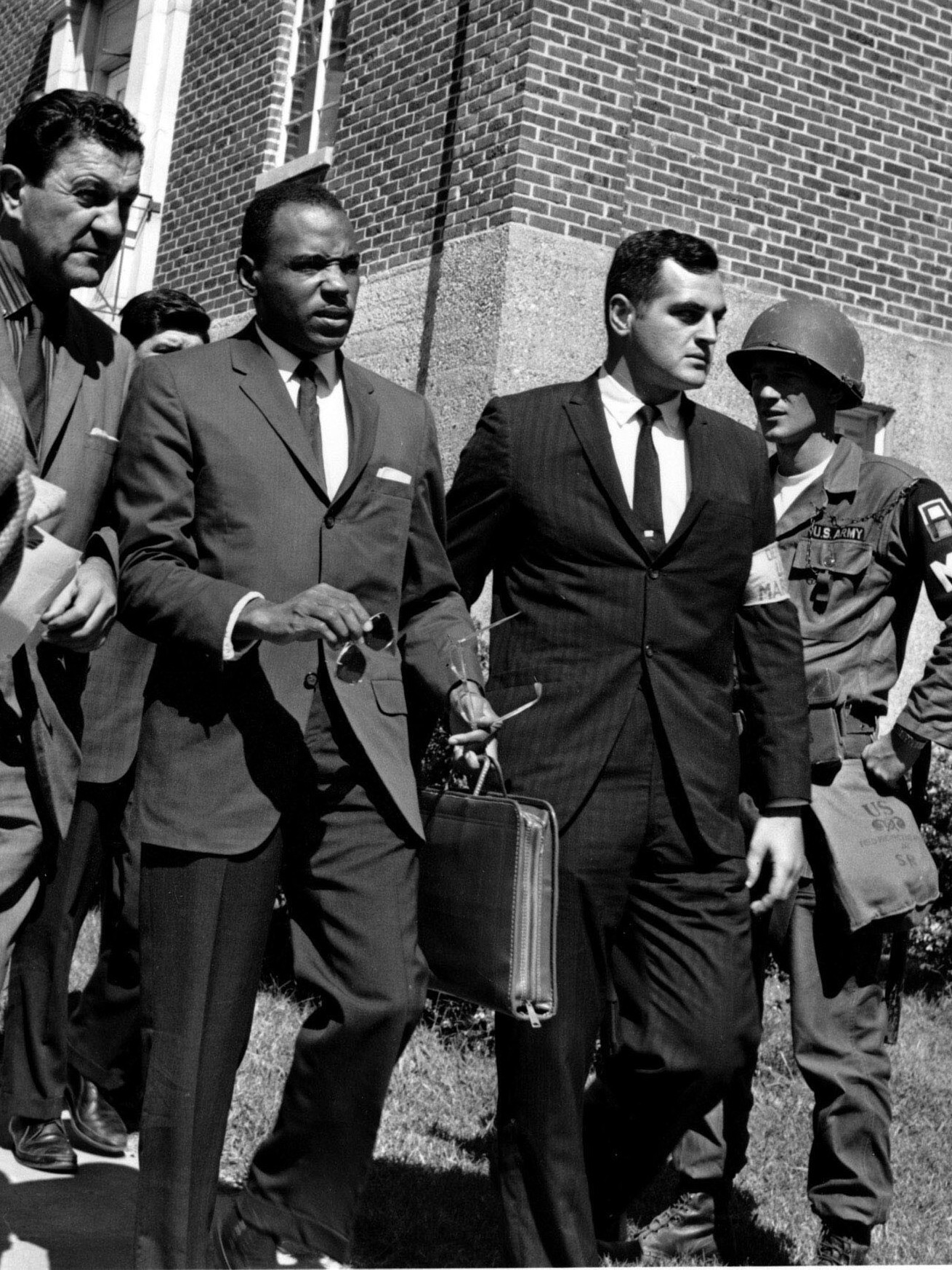 James Meredith is escorted by U.S. Marshals. A riot broke out in 1962 when Meredith tried to enroll at the University of Mississippi.

On Sept. 30, 1962, chaos broke out at the University of Mississippi — also known as Ole Miss — after an African-American man named James Meredith attempted to enroll.

That night, students and other protesters took to the streets, burning cars and throwing rocks at the federal marshals who were tasked with protecting Meredith. By the time the riot was over, observers said the grounds looked like a war zone, and the smell of tear gas hung in the air.

That's not how it was supposed to be, according to Purdue University history professor Frank Lambert. He's the author of The Battle of Ole Miss: Civil Rights v. States' Rights. He was also a sophomore at Ole Miss in 1962. Lambert tells NPR's Tell Me More guest host Celeste Headlee that he had applied to Ole Miss at about the same time as Meredith. Meredith was rejected after he revealed his race. "I was white and James Meredith was black, and in 1961 that made all the difference in Mississippi. I was admitted without any question," Lambert says.

James Meredith's niece, Meredith McGee, says the foundation for Meredith's history-making decision was laid in his childhood. McGee is the author of a forthcoming book about her uncle's experience, James Meredith: Warrior and the America That Created Him.

"He wanted to go to that school before he even knew that he couldn't go because of segregation," she explains.

Meredith's dream was further inspired in 1957, when the Little Rock Nine — a group of African-American students — enrolled in an Arkansas high school with the help and protection of federal troops. As a veteran of the Air Force, Meredith confronted integrating Ole Miss with military discipline. McGee says that her uncle never talked about being afraid of what was happening on campus at the time. "I get the sense from him that he was on a mission. That he was a soldier, and that it was something that had to be done," she explains.

Lambert also got that sense when he spoke to James Meredith himself while researching his book. He describes feeling grief and guilt over the events of 1962. "I was a white student there, of course, everybody was white there, and I never cursed James Meredith, I never picked up a rock. I was probably like the majority of students there: indifferent." He says this was part of the problem. "Indifference in the face of injustice means you are a part of perpetuating that injustice," he points out.

Lambert tried apologizing to Meredith, but was met with a response that surprised him. "He said: 'What does a 19-year-old know? You were dumb, like most 19-year-olds,' " he remembers. That's when Meredith disclosed his notion that "he was a warrior, and that this was a battle," and reiterated that "nobody, black or white, was going to dissuade [him] from [his] warrior mission."

On Oct. 1, 1962, James Meredith began his studies. He required 24-hour protection for his entire time at the university, and went on to become the first African-American to graduate from Ole Miss. But he does not see value in commemorating the event. In a separate discussion with Tell Me More, Meredith said he wants less attention on his achievement, and more on the current state of Mississippi schools.

"The black public education system was specifically, deliberately destroyed over the last 40 years," Meredith said. "It may be all right with some people, but my God is not pleased, and I'm not going to pretend that I'm pleased."