Accessibility links
Interview: Caroline Kennedy, Discussing 'Listening In' The new trove of recordings covers everything from the Cold War to civil rights to Vietnam to the U.S. ice hockey team. Listening In, a new book and CD set, includes more than 260 hours of transcribed conversations and 2.5 hours of audio from inside the Kennedy White House. 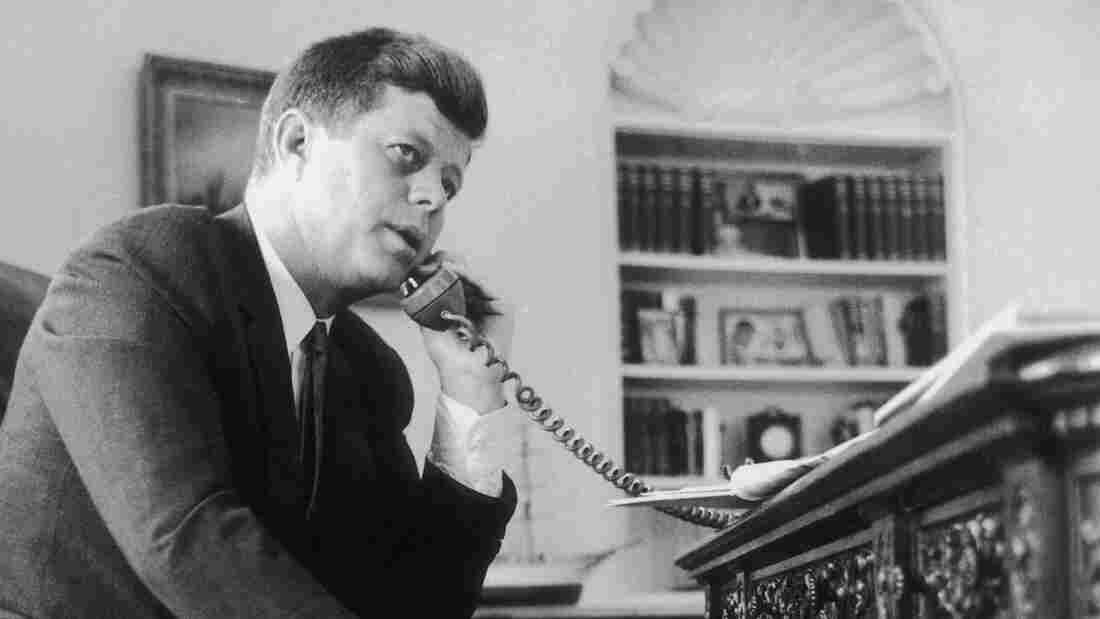 Listening In, a new book and CD set, includes more than 260 hours of transcribed conversations and 2.5 hours of audio from inside the Kennedy White House. Evening Standard/Getty Images hide caption

In the spring of 1963, as the U.S. was mired in conflicts with Vietnam and Cuba and the Soviet Union, President John F. Kennedy called his old friend David Hackett to express his frustration at the U.S. men's ice hockey team — and their miserable record overseas.

JFK: Dave, I noticed that in the paper this morning that the Swedish team beat the American hockey team 17-2.
Hackett: Yeah, I saw that.
JFK: Christ! Who are we sending over there? Girls? 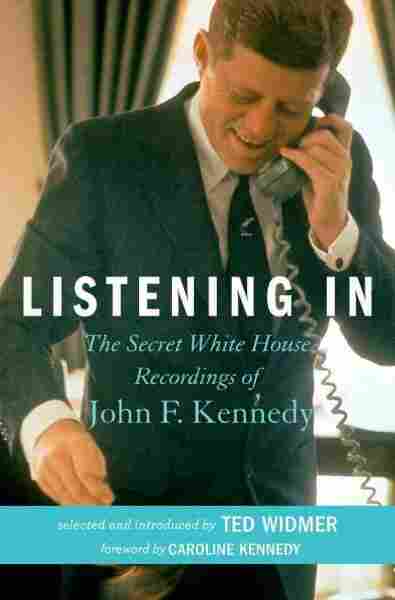 This candid observation — and many more — are among the new trove of secret recordings just released by The John F. Kennedy Library Foundation. A new book and CD set called Listening In includes more than 260 hours of transcribed conversations and 2.5 hours of audio recordings from inside the Kennedy White House.

The recordings are selected and set in context by Ted Widmer, director of the John Carter Brown Library, and the book includes an introduction by Caroline Kennedy, the president's daughter. Kennedy joins NPR's Scott Simon to discuss what it's like to listen to these recordings of her father, nearly 50 years after his assassination.

On why Kennedy recorded conversations

"We're not really 100 percent sure why he installed the recording. The best guesses are, one, that he himself was such a lover of history and he really wanted to have an accurate record that he could draw upon later for his own memoir. And I think the second is also, after the Bay of Pigs, he knew who had said what, and they changed their tune afterwards, and he wanted to really be able to go back and keep people honest, make sure that he had an accurate record of what was said when he was facing these difficult crises."

On being able to hear herself, as a little girl, interacting with her father

"It's wonderful for me to have these recordings because they give me a sense of him at work, and I think all kids wonder what their parents do all day long, and this is really a wonderful way of listening into that. I mean, obviously, I have other memories, but I do remember going over to the office, and he always seemed really glad to see us, and I think that really comes through." 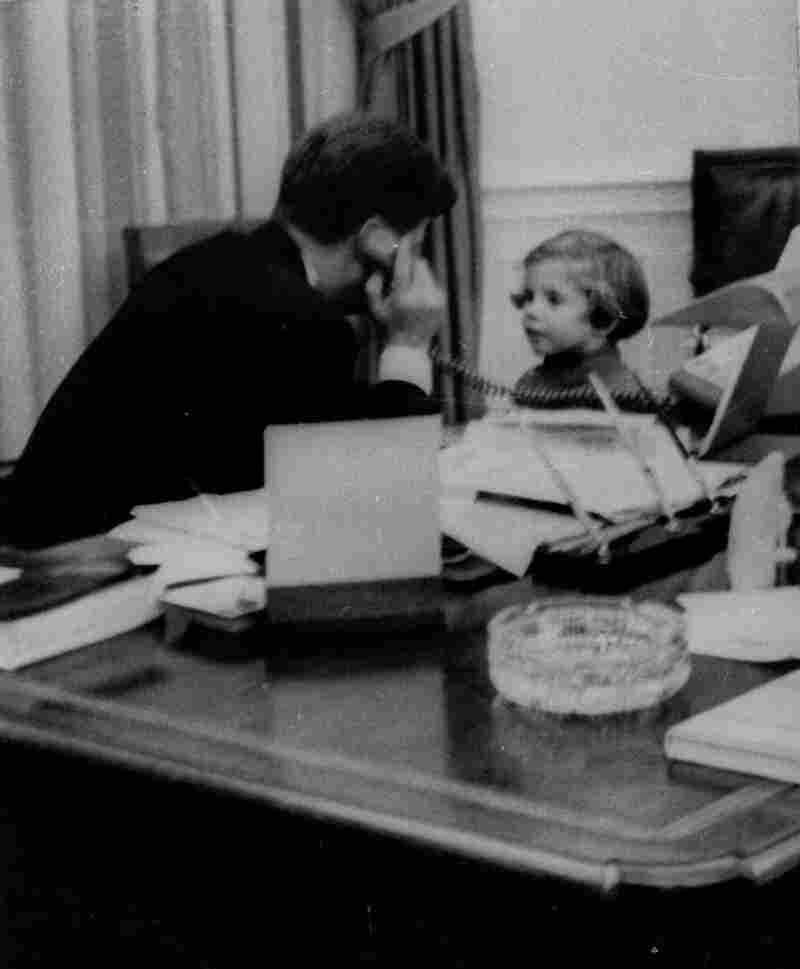 In this photo from March 1961, Kennedy talks on the phone with his wife, Jacqueline Kennedy, with their daughter, 3-year-old Caroline, at his side. AP hide caption 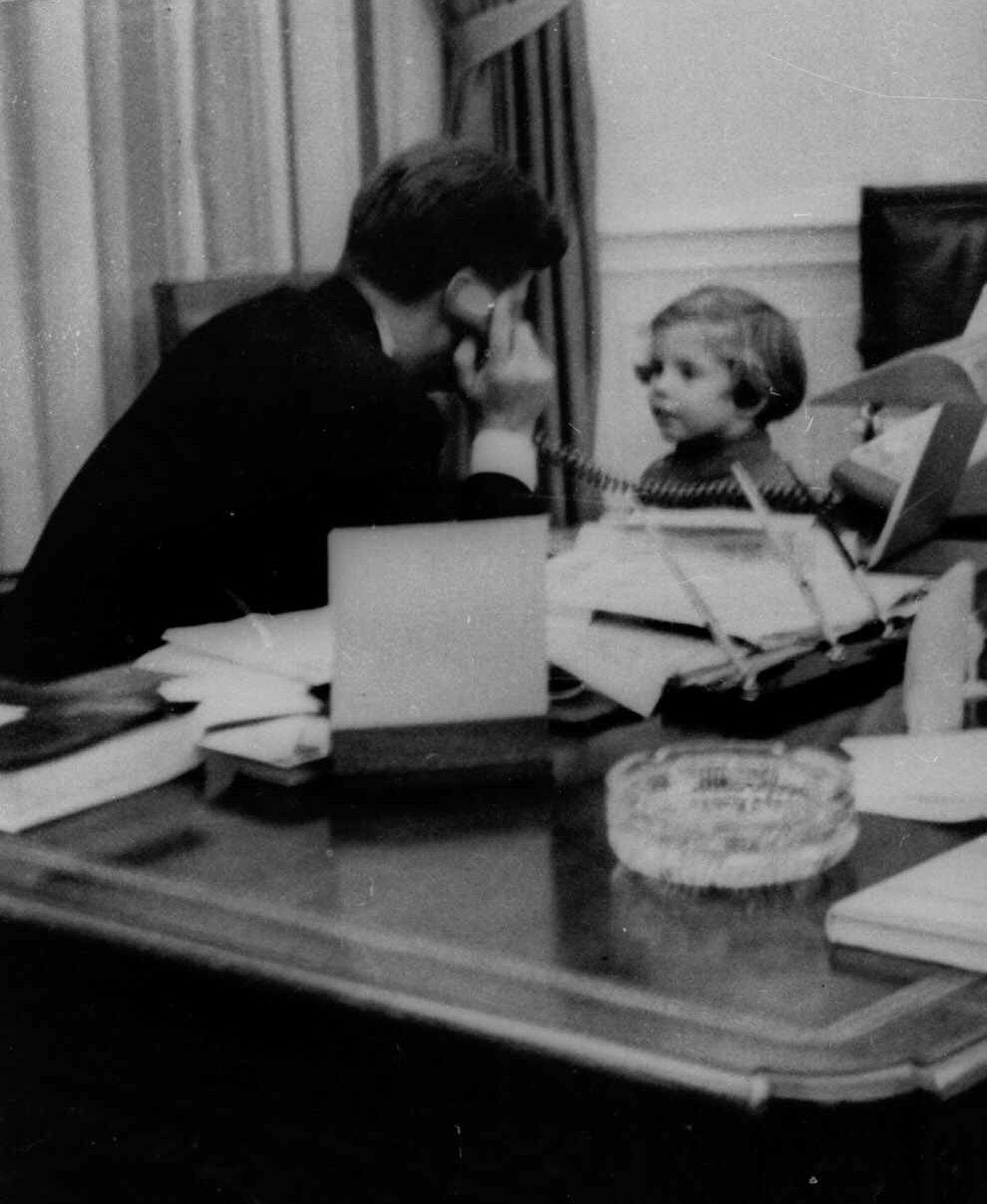 In this photo from March 1961, Kennedy talks on the phone with his wife, Jacqueline Kennedy, with their daughter, 3-year-old Caroline, at his side.

On how keeping in touch with his predecessors, Presidents Eisenhower and Truman, was more than just a courtesy

"I think you can hear that there's more to it. And I think the conversations with President Eisenhower about the Cuban missile crisis are illuminating. ... Certainly as a military hero, icon leader, he had a lot of wisdom to share with my father about the behavior of the Russians and his insight into that. So I think it was courtesy, but I think it was also very valuable."

On conversations between Kennedy and his brother, Attorney General Robert F. Kennedy

"I think they had a conversation with no beginning and no end. I think they really were just so incredibly close. They were close professionally; they were looking out for each other. My Uncle Bobby, obviously, was my father's campaign manager, closest adviser, not only on civil rights, which was certainly the most important domestic issue that he faced, but on Vietnam and the Cuban missile crisis also. So I think that what you really hear are people who loved each other, worked together, made each other laugh and really trusted each other."

On what she hears in her father's voice on Nov. 4, 1963, as he reflects on the coup in South Vietnam that resulted in the deaths of Southern Vietnamese leader Ngo Dinh Diem and his brother Nhu

"I hear regret, remorse, uncertainty, dissatisfaction with his own performance. And I think that really led to a real re-evaluation of Vietnam in his mind."

On what her own children, JFK's grandchildren, think of the recordings

"Oh, they think it's great. They really found this book to be engaging and so interesting, because I think it really gives a sense of who he was — informally, formally, at work, kidding around. And so I think that they really felt that this helped connect them to their grandfather."

Hear Some Of The Recordings

Call to Mississippi Gov. Ross Barnett, Sept. 30, 1962
This is one of the calls Kennedy placed to the governor during the integration of the University of Mississippi.

Call to President Harry Truman, Oct. 28, 1962
As the Cuban missile crisis was winding down, Kennedy placed calls to former Presidents Eisenhower, Truman and Hoover. In this recording, Truman advises Kennedy that he's "on the right track."

Call About Furniture Purchase, July 25, 1963
Kennedy was furious the day he opened the paper and found a photograph of a Navy aide standing in an expensive hospital bedroom that had been built at a base on Cape Cod, Mass., in case Jacqueline Kennedy went into labor. (Note: This audio contains strong language.)

Read an excerpt of Listening In