Accessibility links
Ohio County A Historic Predictor Of State's Vote President Obama and Republican rival Mitt Romney barnstormed Ohio this week. And both candidates also held rallies in or near Wood County, which has picked the winner in all but one presidential election since 1960. 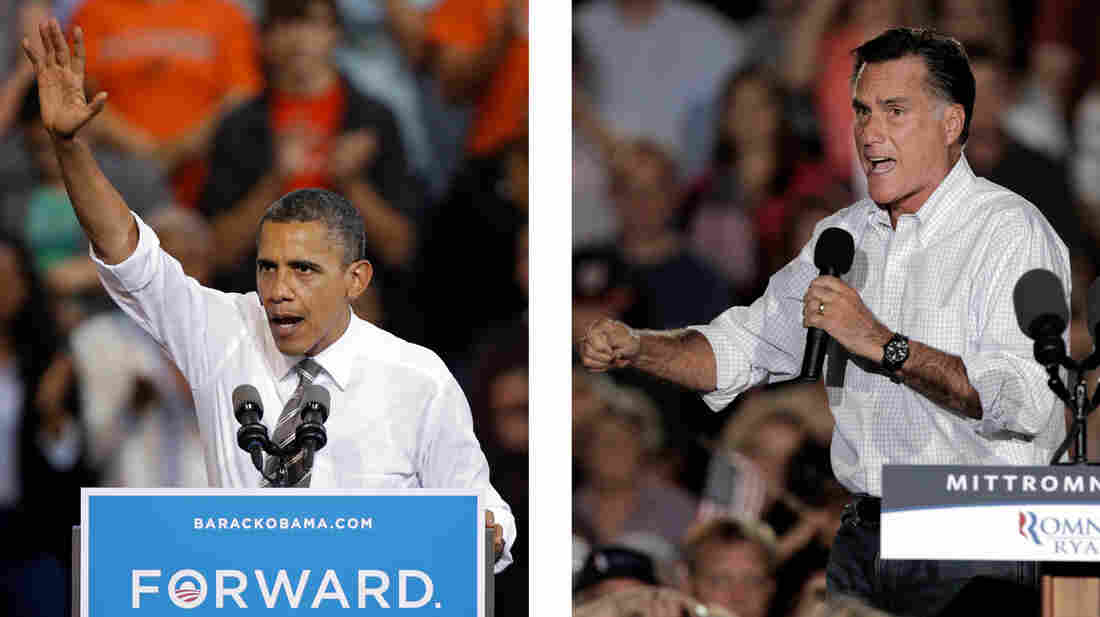 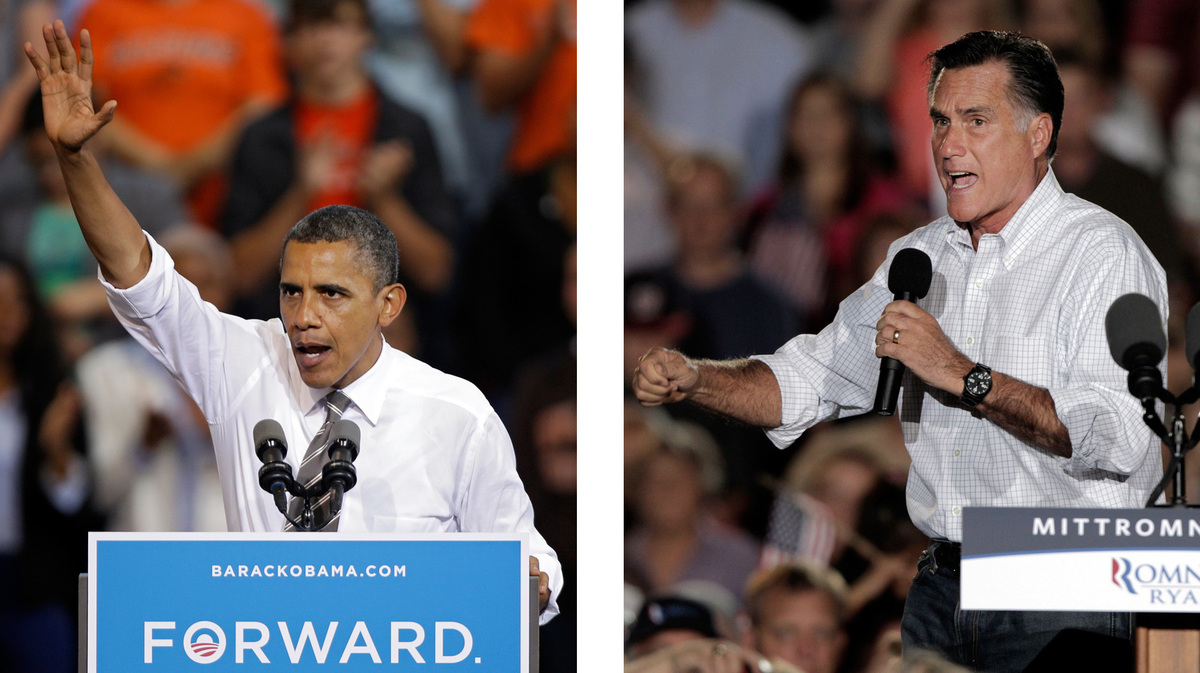 President Barack Obama and Republican presidential candidate Mitt Romney both campaigned in the battleground state of Ohio this week.

The county may have a population of only 125,000, but it has an outsized importance in presidential elections.

This makes the county as important in the state as Ohio is nationally, meaning as Wood County goes, so does Ohio. This is especially critical for Mitt Romney, because no Republican has ever won the White House without also winning Ohio.

Recent polls show Obama pulling ahead of Romney in Ohio, but NPR's Ari Shapiro, who has traveled with both campaigns, tells weekends on All Things Considered host Guy Raz that the Romney campaign is still fighting hard and is not counting out the state just yet.

"They'd be foolish not to be concerned," Shapiro says. "[But] clearly they are still campaigning really hard there. There are paths to victory without Ohio, but far fewer of them."

So How Will They Vote?

As Reger says, it's sometimes hard to predict how the presidential vote will go in Wood County, which for the past 50 years has only gotten it wrong once, in 1976.

Like Ohio, Wood County's largest industry is agriculture. At a farmer's market in the town of Perrysburg, Dennis Dickey had some harsh words for the president. "Obama's done nothing about anything," he said. "The economy still sucks, unemployment's still bad, [and] he shoved health care down everybody's throat that didn't want it."

Obama, Romney Mine For Swing Voters In Ohio

Retired business owner Chuck Cassis was also critical of Obama."Yes, I did make my own business," Cassis said. "And if he was talking about the roads, then it's my taxes paid for those, too."

In nearby Luckey, just a dozen miles away, there was support in the other direction.

"When I was laid off, [Obama] kept the unemployment coming so that I didn't lose everything," said Sharon Williams, a retired legal secretary.

Roxanne Rideout said she liked the way Obama handled himself under pressure: "He's not a hot head, especially with things that happen abroad."

Alec MacGillis, a senior editor with The New Republic, has been reporting extensively on Ohio over the past few months. He says part of Obama's polling advantage there might be explained by attack ads.

"A lot of these ads that ran in Ohio were not seen all that much elsewhere," MacGillis tells NPR's Raz. "They were very well targeted."

MacGillis says the other advantage Obama has had in Ohio is due to Romney's perception among white, working class voters.

"As much as Obama was not well suited to Ohio," he says, "Romney was really not suited to Ohio because of this profile as ... 'the guy who fires you.' "

One thing MacGillis thinks people are getting wrong about Romney is the notion that he should be doing better because the economy is so rough. In the case of Ohio, it is simply not the case.

"Unemployment in Ohio is down to 7 percent from well above 10 percent," he says. "The auto bailout played a huge part in this, [and] there's also the shale gas boom in Ohio which has really helped the state."

Wood County's economy is doing better as well, but Reger, the GOP chairman, attributes that to policies put in place by local Republicans.

"The policies are the policies Mitt Romney is advocating," he says. "So, on a national level, that's the kind of policies we want."

In Wood County, 13 of the 15 local elected officials are Republicans.