Accessibility links
Son Jarocho, The Sound Of Veracruz Betto Arcos says the style of music is so vibrant because it comes from the Caribbean side of Mexico and has all the influences of that region. 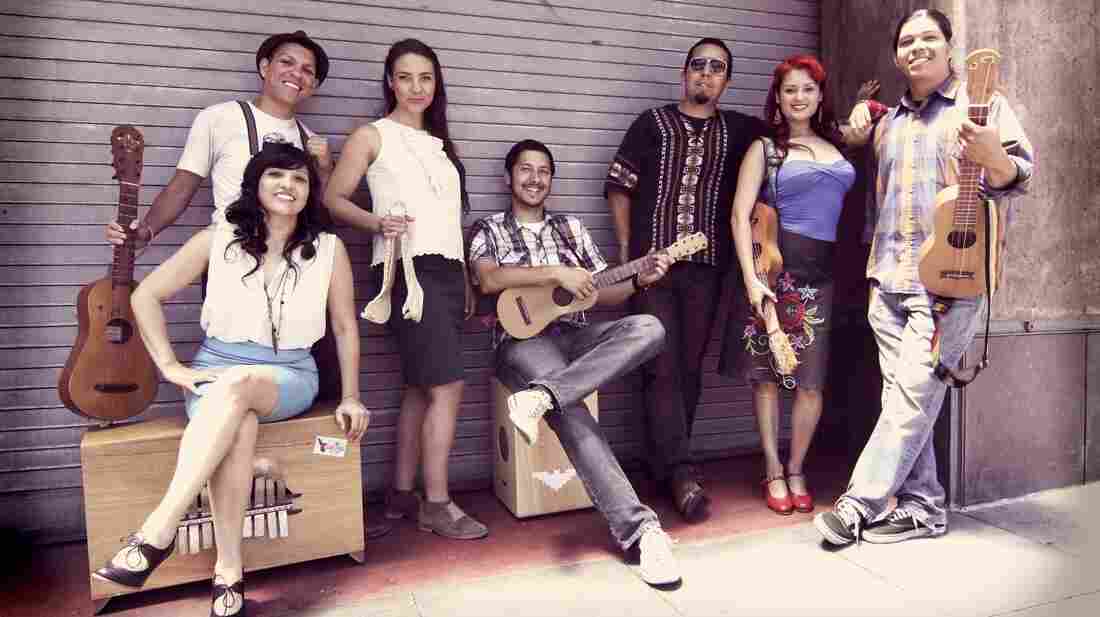 Las Cafeteras, from Los Angeles, have made their own version of the classic son jarocho song "La Bamba." Courtesy of the artist hide caption

Betto Arcos is the host of Global Village, a world music show on KPFK in Los Angeles, and a native of Xalapa, capital city of the Mexican state of Veracruz. He recently spoke with Guy Raz, host of weekends on All Things Considered, about son jarocho — a style of music played mostly in the south of his home state. He says the music is so vibrant because it comes from the Caribbean side of Mexico and has all the influences of that region: African, indigenous and Spanish. 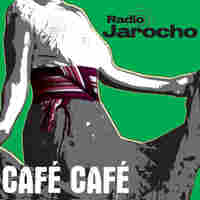 "Los Jaraneros" basically means "the jarana players." This song is all about the celebration of music and dance — when people go to a fandango, a party where people get together to dance, to play and to sing in a community setting. Everyone is welcome, from kids to the elderly. The song has to do with welcoming the musicians into that space where they dance and play around a platform called a tarima. 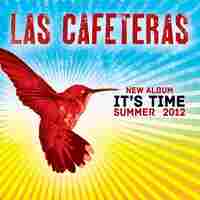 Las Cafeteras is a seven-piece band made up of men and women, and they have a new record out. This is their own version of a classic, perhaps the most well-known son jarocho tune on the planet — "La Bamba." But they call it "La Bamba Rebelde," as in the rebellious bamba. It's sort of their flag as a group that says: "We're different. We're not from Mexico, we're from here. We were born here. We're Mexican-Americans, we're Chicanos." That's right, they're all from Los Angeles. In this song, they talk about the plight of immigrants — the plight of people who come here to work, and who have a hard time. This is a song that's all about empowerment and celebration of life and of living in a city like Los Angeles. 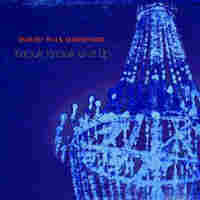 All Sense Of Time

All Sense Of Time

David Wax Museum is a project based in Boston, but David Wax himself lived in Mexico. He studied son jarocho music with maestros — teachers — in Veracruz when he was doing a fellowship from Harvard University. What you hear in this tune is not only the sound of the jarana that he's strumming, but he's also inspired by one particular son jarocho tune called "El Coloso." He said in an interview that the kernel here is "El Coloso," but the song became something else. His music — his idea for bringing together American folk music, American indie rock with Mexican son jarocho, son huasteco — is very much this concept that came together over the last couple of years. 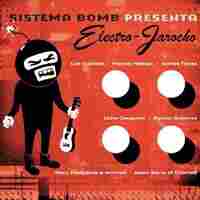 From the Bay Area comes a producer by the name of Hector Pérez. He has a project called Sistema Bomb Presenta Electro-Jarocho, where he brings together different groups of son jarocho musicians from Veracruz, and then he remixes and reinvents their music. The song is "El Butaquito," which features a group from Veracruz called Los Cojolites. It's a standard son jarocho tune reimagined for the 21st century with an electronica twist that's tastefully done. This music has, in a sense, spread all over the U.S. in the past decade. The great thing about it is that musicians from Veracruz come to the U.S. to give workshops and teach musicians here; and musicians from here go to Veracruz to learn and to be inspired by the music and the culture.