Accessibility links
The Tricky Business Of Reintegrating The Taliban In Afghanistan, millions of dollars in foreign aid have gone to reintegrating former Taliban fighters and other militants back into society through programs run by the government and the NATO-led coalition. But critics say many militants use these programs to gain access to arms and money. 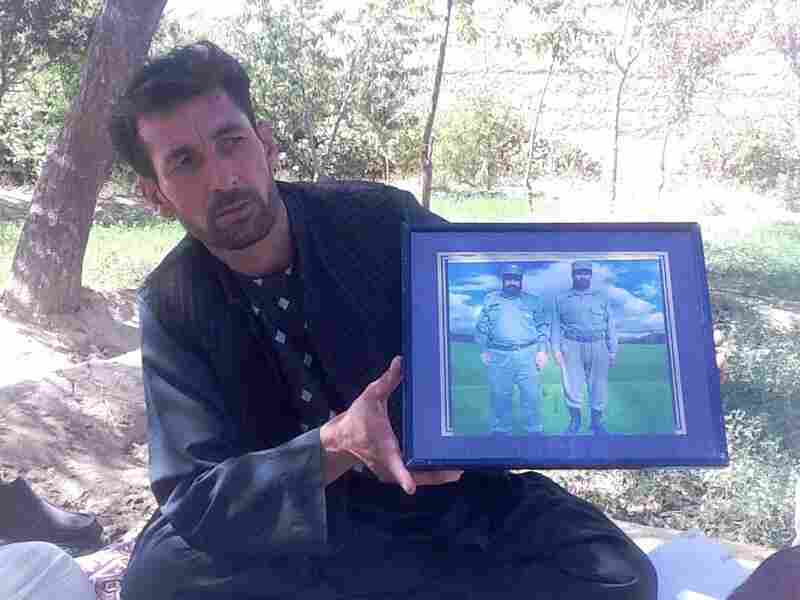 Mohammed Naeem, a driver, holds up a framed photo of two relatives he says were killed by militant leader Abdullah near the western city of Herat. Soraya Sarhaddi Nelson/NPR hide caption 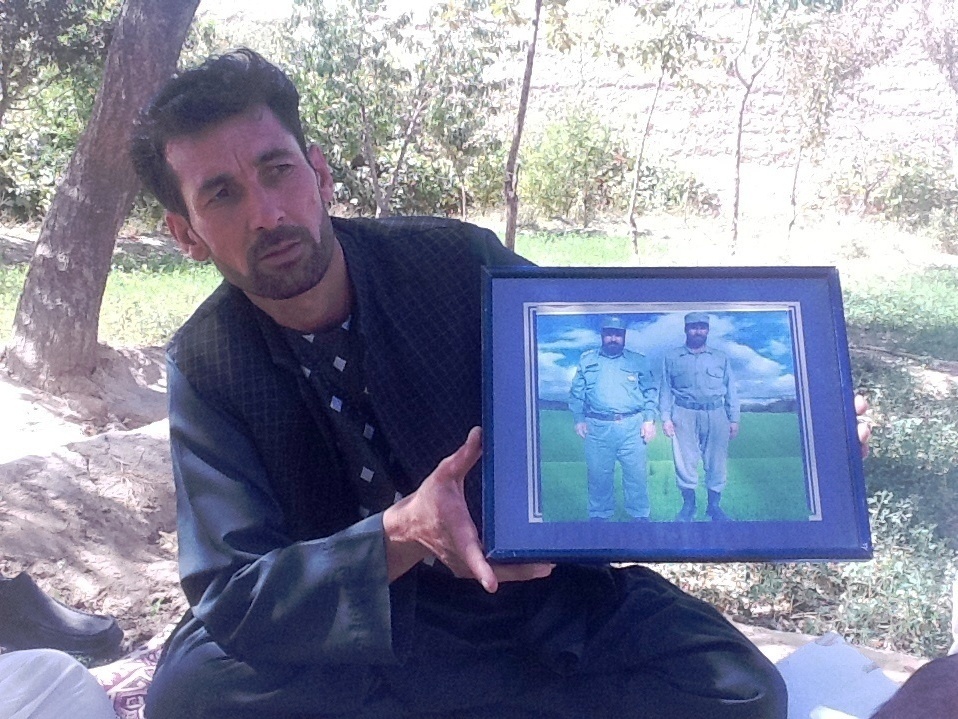 Mohammed Naeem, a driver, holds up a framed photo of two relatives he says were killed by militant leader Abdullah near the western city of Herat.

In an attempt to put down the insurgency in Afghanistan, the international community has spent millions to try to reintegrate former Taliban fighters and other militants back into society.

So how well has it worked?

Critics like Kate Clark of the Afghanistan Analysts Network say many militants use these programs to gain access to arms and money, without necessarily changing their ways.

"It's a complete disaster, because there is not enough rule of law here to ensure that people — whether or not they have a good or bad past — will not prey on the local population again," Clark says.

That sentiment is shared by residents of Pashtun Zarghun in the western province of Herat.

In many ways, the district is an Afghan success story. Farmers here have switched from growing opium poppies to saffron. Children attend school, and tribal elders work with the government to improve life for the more than 90,000 residents.

But there's also a dark side to this enclave of mud homes and dirt roads, a 90-minute drive from the provincial capital. In Pashtun Zarghun, residents live in constant fear of militant groups and armed gangs that terrorize the countryside.

Driver Mohammed Naeem says several of his relatives were ambushed and killed by the armed gunmen of one notorious warlord here.

As Attacks Continue, NATO Scales Back Joint Operations In Afghanistan

The warlord goes by one name — Abdullah — although residents disparagingly call him Charsi, or hashish smoker.

His militia, which at one point was loosely allied with the Taliban, is widely accused of murder, kidnapping and extortion.

Farmer Abdul Karim says he was kidnapped and almost beaten to death by Abdullah's men. He alleges the warlord and his sons took part in the beatings, which lasted two weeks.

Karim says they targeted him because he was a member of the local tribal council working with the government. The farmer adds that his relatives paid a huge ransom to get him released.

Both he and Naeem complain that Afghan officials have done nothing to punish the warlord or his men.

They are angry that Abdullah is now protected by the government because he agreed to reconcile with it in January.

Abdullah, meanwhile, vehemently denies ever having engaged in any criminal activity.

The 47-year-old says he decided to stop fighting the government because Western troops are leaving soon. He adds that all Afghans need to rebuild their country and that former fighters like him can help keep the peace.

"It's a good step, this reconciliation process. But I assure you the war would end a lot sooner if the government gives rewards to those of us who agree to peace," Abdullah says.

Abdullah says the Afghan government has pledged to make him the chief of the local police force in Pashtun Zarghun.

Word of this spread like wildfire across the district.

"We know what kind of person this guy is," says Naeem, whose relatives were killed in the ambush. "How can Abdullah be our police chief? This guy still has armed men in the mountains and no one can move freely here because of that."

Some Signs Of Success

Former district governor Ghulam Nabi Azizi says he quit his post in July in part because of the reconciliation with Abdullah.

But he says he's not against the reintegration programs.

He says there have been some success stories, like another anti-government warlord called Suleiman Khan, who is now a respected leader in the Afghan border police.

But Azizi warns there are strongmen seeking to legitimize their criminal activities under the guise of the peace process.

Back in the provincial capital, governor Daoud Sabah says Abdullah will not be put in charge of the police in Pashtun Zarghun — or any other district.

"That will not happen in Herat, I assure you, because the people of Herat will not allow it," Sabah says.

Sabah adds that the reintegration programs have worked in his province. He says that more than half of the insurgent groups here have reconciled with the government.

He says only four of the 640 fighters who have laid down their arms here ended up rejoining the insurgency. The governor says the rest have been happy with jobs the government has given them on public works and agricultural projects.

They also receive amnesty for crimes committed against the government, Sabah says. But he adds that crimes against the people will not be forgiven.

Yet no charges have been filed against Abdullah.

In Pashtun Zarghun, some residents say they won't stand for Abdullah coming back in any official capacity.

Naeem says if that happens, he and others will take to the mountains and form their own militant group.