Fifty years ago — Oct. 1, 1962 — the first black student was admitted to the University of Mississippi, a bastion of the Old South.

The town of Oxford erupted. It took some 30,000 U.S. troops, federal marshals and national guardsmen to get James Meredith to class after a violent campus uprising. Two people were killed and more than 300 injured. Some historians say the integration of Ole Miss was the last battle of the Civil War.

It was a high-stakes showdown between President Kennedy and Mississippi Gov. Ross Barnett.

"I'm a Mississippi segregationist and I am proud of it," the governor declared.

Publicly, Barnett promised to block Meredith from the campus in Oxford, despite a federal court order. Privately, he was on the phone trying to strike a compromise with Kennedy.

While Barnett wanted to save face by defending Mississippi's segregationist laws, the president told him he had a responsibility to uphold federal law.

"What I'd like to do is for this to work out in an amicable way," Kennedy said to Barnett in a phone call. "We don't want a lot of people down there getting hurt." 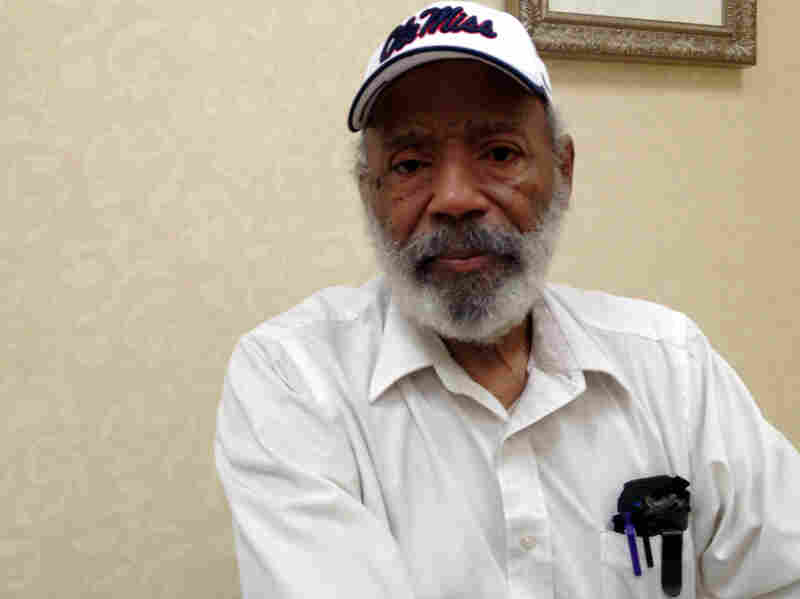 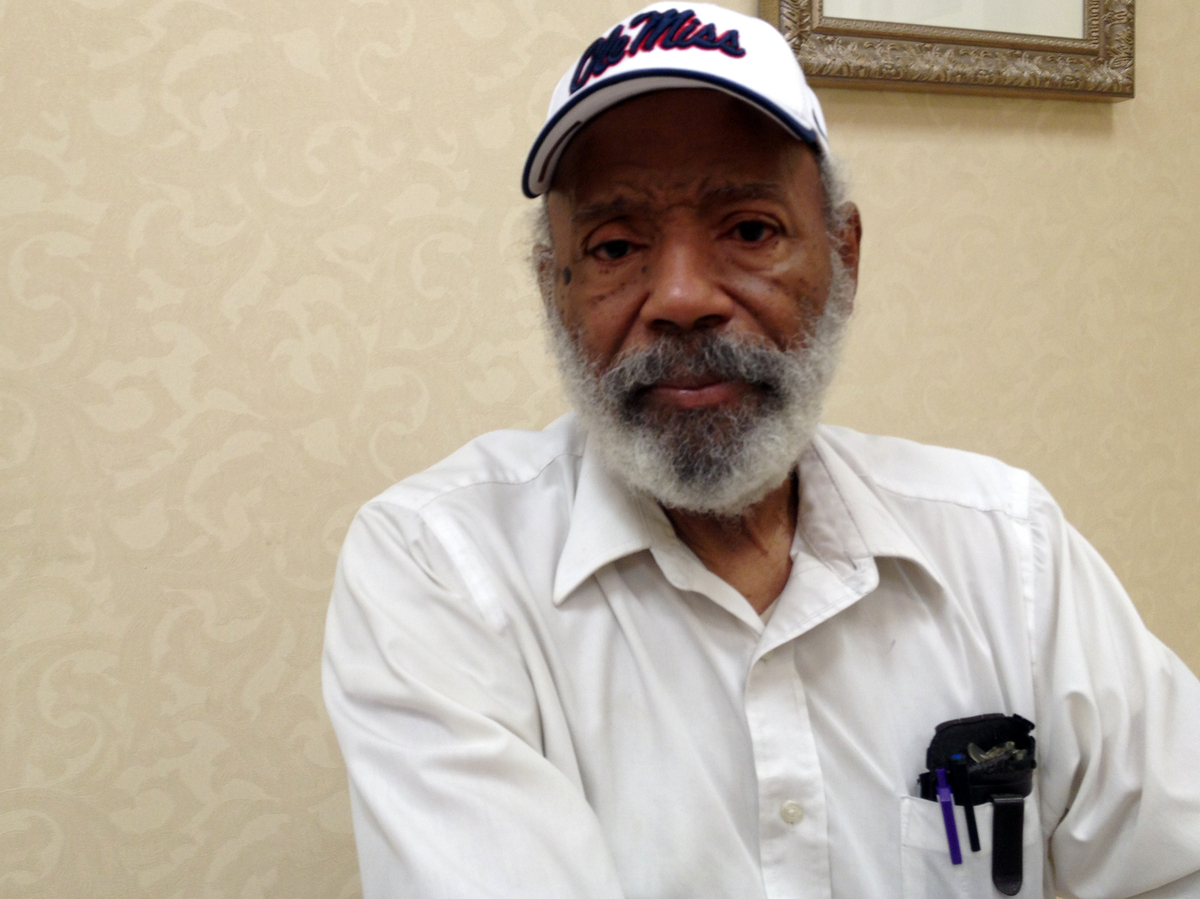 James Meredith, now 79, is working to improve the public education system in Mississippi, which he says never achieved real integration.

By Saturday, Sept. 29, 1962, Kennedy was deploying federal marshals to Oxford, and Barnett was making a fiery speech at an Ole Miss football game.

"I love Mississippi! I love her people, our customs," he said. "I love and I respect our heritage."

History professor Chuck Ross, director of the African-American Studies Program at Ole Miss, says the speech "was almost like firing on Fort Sumter in 1861."

On Sunday night, hundreds of white students and protesters from around the region flocked to campus and moved toward the Lyceum, the stately columned building where Meredith would register.

"Marshals surround the Lyceum. They begin to use tear gas. People begin to throw rocks and bottles," Ross says. "Things just go totally chaotic when it becomes dark, and that's when people begin to shoot."

Kennedy activated the Mississippi National Guard and called in Army troops from Memphis, Tenn. By dawn Oct. 1, the riot was quelled and marshals escorted Meredith to his first class, American history.

Meredith: Why Mark The Anniversary?

Ole Miss is commemorating the 50th anniversary of integration on campus Monday with a tribute to Meredith and a series of panel discussions. But the man who made that history doesn't like the idea of marking the anniversary.

"You know, I got a degree from Ole Miss in political science, history and French. I ain't never heard of a Frenchman celebrating Waterloo," Meredith says. "They not only kept me out ... they kept all of my blood before me out forever, and I'm supposed to celebrate that?"

It's not that Meredith, now 79, is bitter. He just rejects the notion that he is some kind of civil rights hero.

He says he enrolled at Ole Miss because he "was born in Mississippi and personally never lost the idea that it belonged to me and my kind."

Meredith, whose new memoir is called A Mission from God, says he was at war fighting for his God-given rights as an American citizen, and the University of Mississippi was the battleground.

"The reason Ole Miss was established was to refine and define and perpetuate the theory of white supremacy," he says. "It was the Ivy League of the Southern way of the life."

A Climate Of Change

The university became a target of civil rights activists soon after the 1954 Brown vs. Board of Education ruling that desegregated public schools.

Slain NAACP leader Medgar Evers applied to law school there and was rejected. 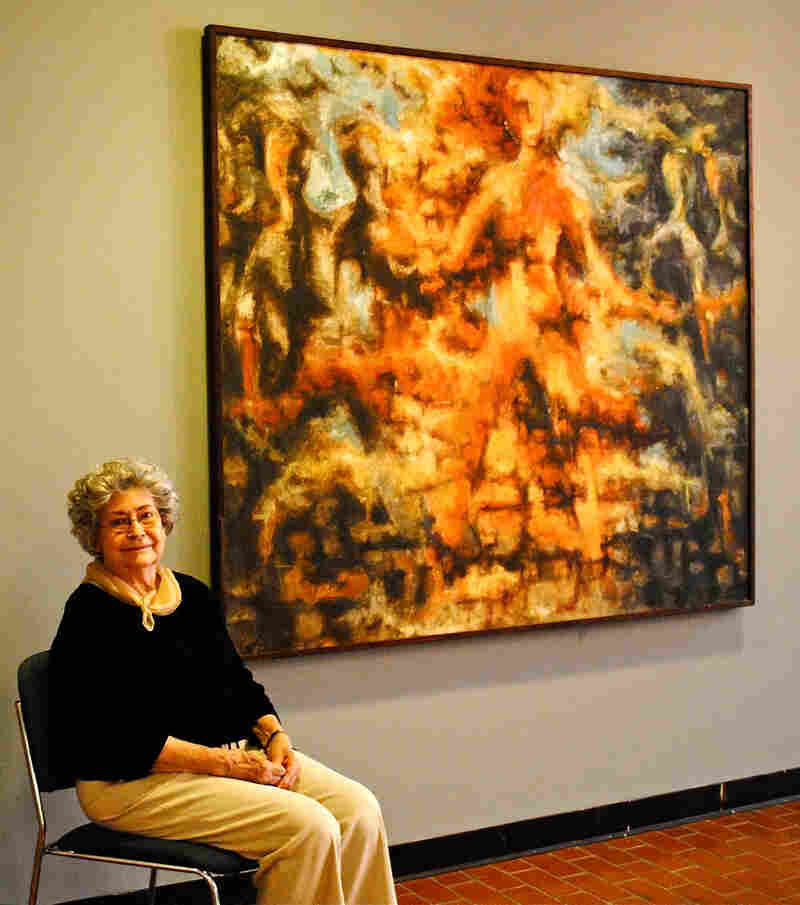 Marleah Kaufman Hobbs, 89, was a fine arts graduate student at Ole Miss in 1962 during the campus riots. Back then, she painted Burning Man in response to the violence. Courtesy of Blair Hobbs hide caption

"Medgar came before James Meredith. He paved the way for James Meredith to come along and eventually be successful," says Myrlie Evers-Williams, the widow of Evers, who was gunned down in 1963.

She says that when Medgar Evers contacted the NAACP to get help with his Ole Miss application, it asked him to be the organization's leader in Mississippi.

The Ole Miss riots occurred at a time when staunch segregationists — and oftentimes violent racists — dominated the political structure in Mississippi. Being for integration meant being on the wrong side of the powerful White Citizens' Councils, the Ku Klux Klan and the State Sovereignty Commission, a spy agency.

White professors on campus who supported Meredith's admission faced intimidation. Marleah Kaufman Hobbs' husband, a political science professor, got death threats. She was a fine arts grad student at the time. Now 89 years old, she remembers when the riots broke out.

"That night the cracking of the guns, the planes flying overhead bringing in more National Guard — we didn't sleep at all that night. It was the changing of the world," she says.

As the world changed around her, Hobbs was painting a giant abstract called Burning Man. The painting was recently discovered on campus and is now on display at the University of Mississippi museum.

"It's ambiguous, and it just represents a fiery mob ... coming and going," she says.

Bishop Duncan Gray Jr., then an Episcopal priest in Oxford, tried to squelch a mob that had gathered atop a Confederate monument on campus.

"Of course, they grabbed me and pulled me down. I'd been hit a few times before, but that's when I took the roughest beating," says Gray, who is white.

"It was a horrible thing, and I'm sorry we had to go through that, but it certainly marked a very definite turning point. And maybe a learning experience for some people," he says. "I think even the ardent segregationists didn't want to see violence like that again."

There would be more violence in Mississippi, targeting civil rights activists. But never again the kind of violent mob rule that took over the campus of Ole Miss 50 years ago.