Accessibility links
Being 'Joseph Anton,' Rediscovering Salman Rushdie John Powers reviews the author's memoir of his time in hiding — the result of a fatwah calling for his murder after the publication of The Satanic Verses. 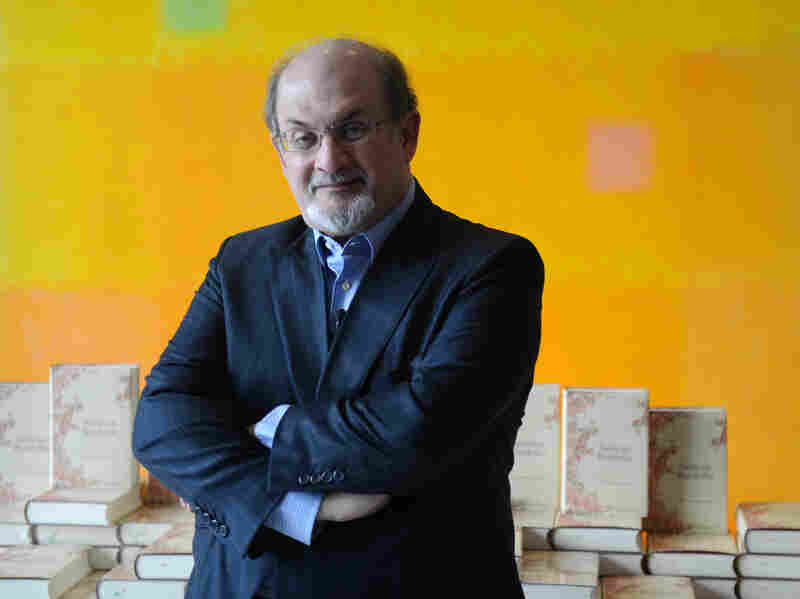 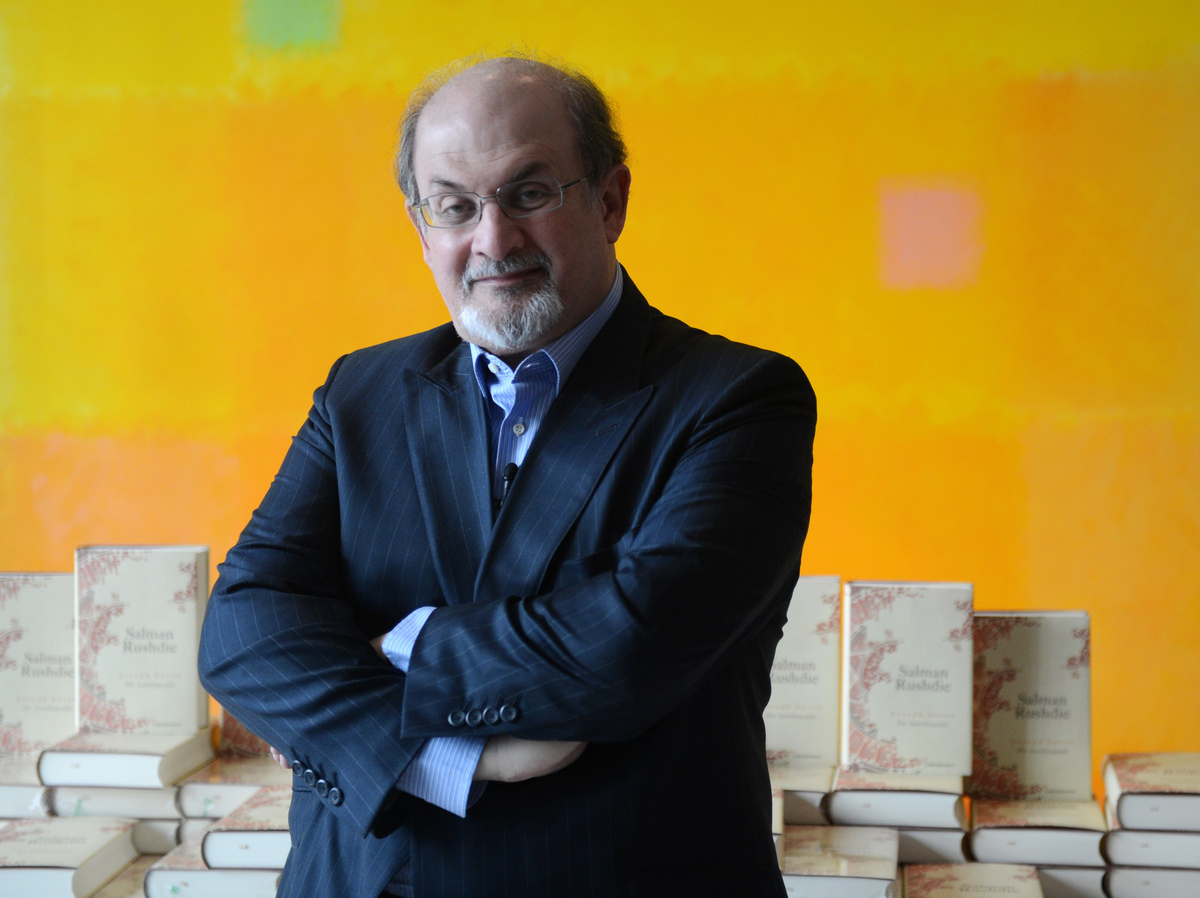 Salman Rushdie is the author of The Satanic Verses, which inspired a fatwah calling for his death. His novel Midnight's Children has been adapted into a film that opens in the U.S. on Nov. 2.

In the fall of 1989, I was walking down a London street when someone handed me a flier that asked, "Should Rushdie Die?" The following afternoon, I headed over to the Royal Albert Hall to hear that question answered by a renowned Islamic scholar.

Waiting to get in, I began talking to a group of young Muslims of Pakistani origin wearing Air Jordans, listening to Public Enemy on their boombox and talking with East London accents. They could hardly have seemed more Westernized, but when I asked if they thought Rushdie should be killed, they said, "Yes." He had insulted the word of God. And had they read this insulting book, The Satanic Verses? Well, no. And what was spooky is that they didn't seem embarrassed about this.

"Something's going on here," I remember thinking. But in the midst of everything else happening that year — from Tiananmen Square to the fall of the Berlin Wall — I didn't dream that the forces underlying this anti-Rushdie event would eventually come to define our era. It all felt like a weird historical sideshow.

Of course it didn't feel that way to Rushdie, who was in the belly of the beast that I was watching safely from the observation deck. He takes us inside that whale in his new memoir, Joseph Anton, about living in hiding for more than a decade. Filled with cameos by everyone from Bill Clinton to Christopher Hitchens to Warren Beatty, this literary page-turner tells us in fascinating detail what it means to have every aspect of your life overturned. 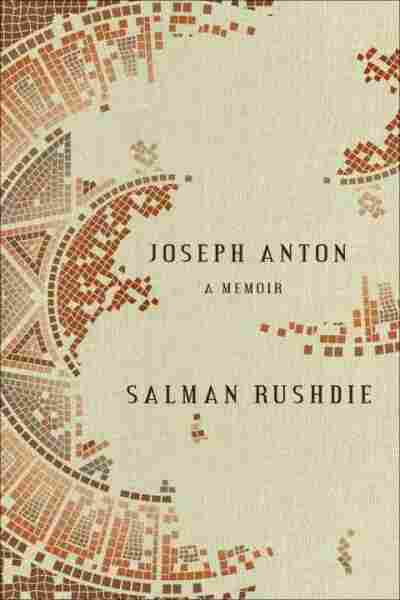 For starters, the ayatollah's death sentence meant choosing a new, non-Asian identity — Joseph Anton — which came from combining the first names of Joseph Conrad and Anton Chekhov. It meant adjusting to live-in bodyguards and having to ask permission to do the simplest things, like meeting his son.

And forget about those cool government "safe houses" from spy novels. Rushdie had to rent places to stay — then got stuck with the leases when his protectors thought it necessary to move. He had to do all this while the Thatcher government treated him as an expensive troublemaker, the ghastly British media reviled his character, and several famous writers suggested that Rushdie had only himself to blame for the fatwa.

You see, Rushdie suffered from liberal society's version of the taint. When some group claims to be offended by a book or movie, it quickly comes to be believed that this book or movie surely must be offensive somehow. Why else would people be so angry? From this, it follows naturally that the offending party ought to apologize — Rushdie was constantly being asked to apologize — even if the claim that his book insulted Islam is wrong and the people he's supposed to apologize to have called for his murder.

The low point comes in December 1990, when in an attempt to reclaim his life by placating his accusers, he signs a statement affirming his faith in Islam — a faith he did not have — and calling for restrictions on the publication of The Satanic Verses. It was a disastrous mistake. His accusers weren't placated, his old life wasn't reclaimed, and he felt sick with self-contempt. But this moment of weakness leads to the book's turning point: Rushdie's realization that, no matter what he does, he'll never get his detractors to love him.

And so he begins to fight hard — both for himself and for what he believes in. He pushes back against his protectors' desire to keep him sequestered. He gives speeches, challenges his critics and writes more novels when many people just wished he'd shut up. Above all, Rushdie defends the right to free speech, even offensive or blasphemous speech. Yes, even for that imbecile whose recent YouTube trailer for his movie, The Innocence of Muslims, actually is what The Satanic Verses was alleged to be — bigoted and deliberately insulting to Islam.

It was only by fighting that he managed to endure his constricted, often-depressing life as Joseph Anton and eventually turn back into the Salman Rushdie I saw a few days ago speaking at the Los Angeles Library. He was funny and warm and only a tad vain, certainly nothing like the Rushdie on the poster for that long-ago lecture at the Albert Hall, which portrayed him with devil's horns.

As it happens, an Iranian ayatollah reaffirmed the fatwah yet again on Sept. 17 this year — inspired by the anger over The Innocence of Muslims. I found myself wondering if, at some point in the past 23 years, the mullah had found time to actually read the book.