Accessibility links
Obama, Romney On Taxes: Similar Plans, Few Details Both President Obama and Republican Mitt Romney agree: America's tax system is too complicated. Both men have outlined changes that are broadly similar, although they have some important differences. But both candidates run for cover when asked about the tax breaks they want to eliminate. 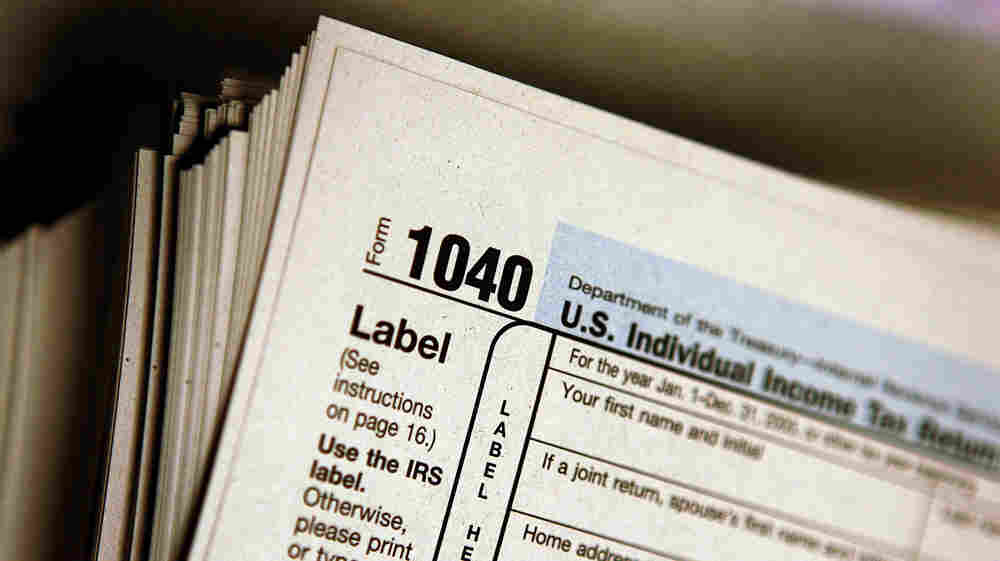 Both President Obama and rival Mitt Romney say the tax code is too complicated. But they haven't been specific about which tax breaks they want to eliminate. Tim Boyle/Getty Images hide caption 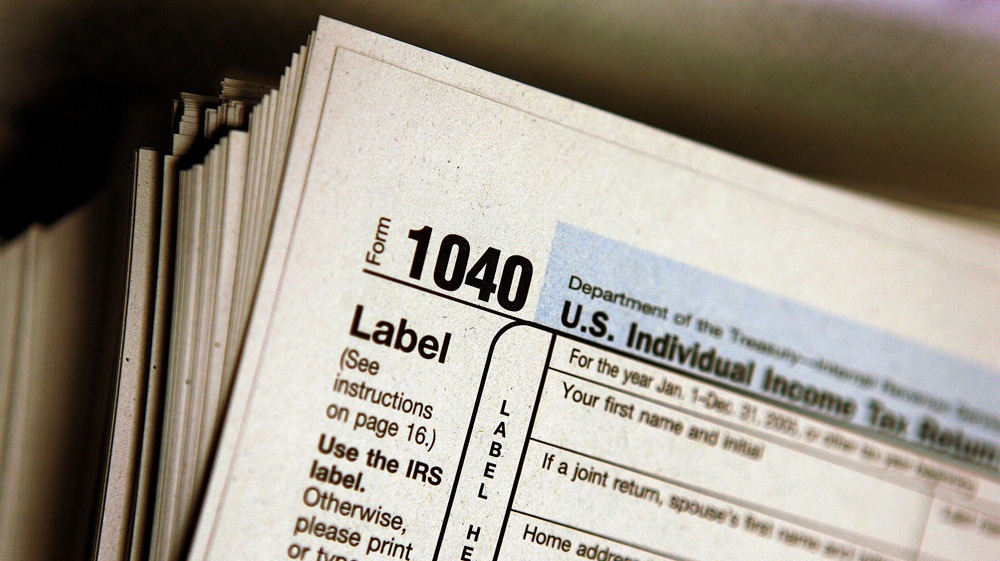 Both President Obama and rival Mitt Romney say the tax code is too complicated. But they haven't been specific about which tax breaks they want to eliminate.

Here's something President Obama and Mitt Romney agree on: America's tax system is too complicated. Both men have outlined changes that are broadly similar, but with some important differences.

Reformers like Eugene Steuerle of the Urban Institute say the tax code would be both fairer and more efficient if it were more like a discount store, with fewer sales but everyday low pricing.

"There's broad agreement among economists from left to right that if you can broaden the tax base and lower tax rates, that would be a better tax system," Steuerle says.

There's broad agreement among economists from left to right that if you can broaden the tax base and lower tax rates, that would be a better tax system.

Eugene Steuerle of the Urban Institute

Steuerle worked at the Treasury Department during the last big tax overhaul in the 1980s, when policymakers lowered tax rates dramatically and did away with numerous tax breaks. Since then, little by little, tax breaks have crept back in — and today, both Obama and Romney say it's time for another housecleaning.

Despite their superficial agreement, though, Tax Notes columnist Bruce Bartlett says the two men approach a tax overhaul with very different goals: "For Republicans, it really only means one thing, and that is lowering statutory rates. ... When Democrats talk about tax reform, I think they're mainly concerned about the distribution of taxation and ... to get the wealthy to pay a larger share. So clearly there's an enormous gulf between their two perspectives."

Romney's tax plan is mostly about lowering rates, though he would also eliminate loopholes so the amount of money the government collects stays the same. Obama's plan, on the other hand, is designed to raise more money to bring down the deficit, with lower tax rates thrown in as a sweetener.

But here's the thing about the so-called loopholes in the tax code: They're not just for the superrich with secret bank accounts in the Cayman Islands. Berkeley economist Laura Tyson, who sits on a couple of White House advisory panels, notes that the two biggest tax breaks are for interest payments on home mortgages and the tax-free health insurance that many workers get from their employers.

"If you end up with a tax reform which significantly cuts something like the mortgage interest deduction, you're going to hit a lot of middle-class families," Tyson says.

That's why both candidates run for cover when asked about the tax breaks they want to eliminate.

Obama was similarly evasive when NPR's Steve Inskeep tried to pin him down back in 2010. Inskeep said: "Your deficit commission talked about lowering everybody's tax rate and eliminating deductions, such as changing the home mortgage deduction and many other deductions as well. That's the kind of plan you're talking about?"

"Well, I have not specifically endorsed that plan," Obama responded.

Obama said at the time he wanted to start a public conversation about a tax overhaul. But the conversation hasn't gone very far.

Steuerle of the Urban Institute says politicians know better than to call for higher taxes on the middle class.

"To be fair to them, that's partly because we the public, as voters, really penalize the candidates when they start identifying who's going to pay for government," Steuerle says.

Tyson says Obama tried to thread this needle by leaving tax breaks in place for middle-class families while limiting deductions available to the very wealthy.

"That proposal really went no place politically, either among Democrats or among Republicans," she says. "The president has proposed that again and again."

Given the difficulty of fixing the individual tax system, Tyson says policymakers might start with a more modest effort to rewrite the corporate tax code.

But Steuerle has his sights set higher. Steuerle says no matter which candidate is in the Oval Office next year, he will have to tackle the deficit or have little money left to spend on any of his other priorities.

Steuerle thinks that could provide the impetus to do the hard work of a broad tax overhaul.

So far, though, it's been getting the candidates to talk specifics that has been like pulling teeth.