Accessibility links
Interview: Dennis Lehane, Author Of 'Live By Night' | Prohibition Gangster Thriller Author Dennis Lehane says he has always loved the clothes, cars and movies of the Prohibition era — which might be why he has set his new novel there. Live By Night doesn't tell the usual Prohibition story about whiskey smugglers — instead it heads south to Florida for a gritty tale of rumrunning. 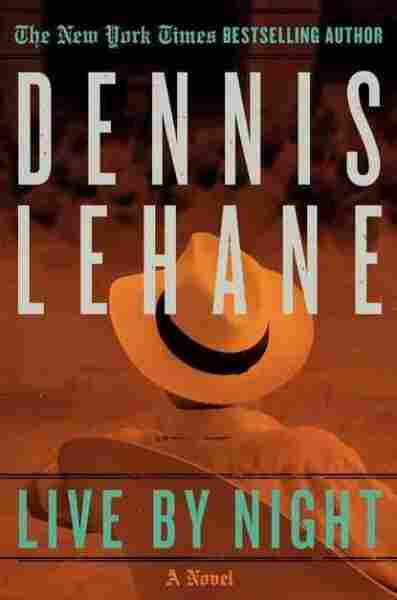 Here's how the new novel from crime writer Dennis Lehane begins: "Some years later, on a tugboat in the Gulf of Mexico, Joe Coughlin's feet were placed in a tub of cement."

Pretty hard to stop reading after an opening line like that — at least you'd think. "It was funny, a guy came up to me the other night, and he said, 'I really loved this book once it got going,' " Lehane tells NPR's Steve Inskeep. "I thought, 'Jesus Christ, read the first sentence! How much more "getting going" is it going to get?' "

Lehane is known for his gritty, Boston-based crime novels, like Mystic River and Gone Baby Gone. His new book, Live By Night, is set in an earlier era, during Prohibition. "I've always absolutely loved the time period," he says. "The clothes, and the cars, and Tommy guns, and maybe too much exposure to 1920s and 1930s gangster movies when I was a kid."

But it's more than that. Prohibition was an era when gangsters were romanticized and organized crime as we know it today was beginning to get organized. "It was certainly interesting to me to see ... the seeds and the growth of what we understand now as the American Mafia."

Lehane says it was difficult, though, to come up with a fresh take on the era, because the illegal whiskey trade has been depicted over and over again, most recently in shows like Boardwalk Empire. But then, on a visit to a friend in Ybor City, Fla., Lehane stumbled on a perfect setting. "Most of Florida, a building gets so much as a paint peel, and they knock it down and put up a Hooters," he says, "but in Ybor they've just kept it completely preserved, and it looks exactly like it did back in the 1910s, 1920s, as long as you remove the cars."

"And that was when I flashed on it," he continues. "I just went, wait a minute, they used to bring rum in here, they used to bring it up through tunnels, which is insane, because it's at sea level ... and I thought that's it, it's rum. The thing that nobody has been doing is rum."

So although Live By Night begins on Lehane's home turf of Boston, the action quickly moves south as Joe Coughlin (still years away from that tub of cement) goes to Florida and builds an empire running rum in from Havana.

Details Weigh Down The Drama In 'Live By Night'

Joe is quite young when we meet him; he's a crook, but he's got some standards and some dreams. "He's living with a little bit of a myth," Lehane says. "He thinks he can navigate these waters and remain an outlaw, without becoming a gangster. But as the book progresses, it becomes very clear that you cannot be an outlaw without becoming a gangster. Not in this trade, not in this time period."

Joe likens bankers to gangsters — a prescient speech on the eve of the Great Depression — and says he'd rather be a gangster; he doesn't want to die at a desk after a life of respectable toil. "The attraction of the gangster myth is that it's capitalism laid bare," Lehane says. "We see these guys who are doing all the terrible things that we believe that a lot of corporate America are doing, but at least they're upfront about it. And so, while that is maybe splitting hairs, I think there's something slightly more admirable about Joe Coughlin than say, you know, the guys who rig the system so that they could ... lay waste, not only to this country but to the globe back in 2008."

More important, Joe Coughlin and his buddies probably had a lot more fun than we do now — and not just because, as Lehane points out, no one yet knew that smoking was bad for you. The 1920s were also a time when "the entire country turned against the law of the land, which had to make it fun. I mean, think how much fun it was to contact a friend and say, 'We're meeting in a speakeasy tonight. Here's the password,' " Lehane says.

But in the end, Coughlin gets his comeuppance, and Lehane says he never worried about romanticizing the criminal life. "I was raised far too Catholic to think I'm going to write a gangster book in which the gangster gets out scot-free ... so I knew the book was heading down that path. I also knew that it was going to be about the love of genre, not necessarily the love of gangsters."