Accessibility links
Author Interview: Stephen Tobolowsky, Author of 'Dangerous Animals Club' He's appeared in over 100 films and TV shows, but you still might not know his name. In his memoir, The Dangerous Animals Club, actor Stephen Tobolowsky talks about falling in love with comedy — and playing characters who are always on the story's fringes. 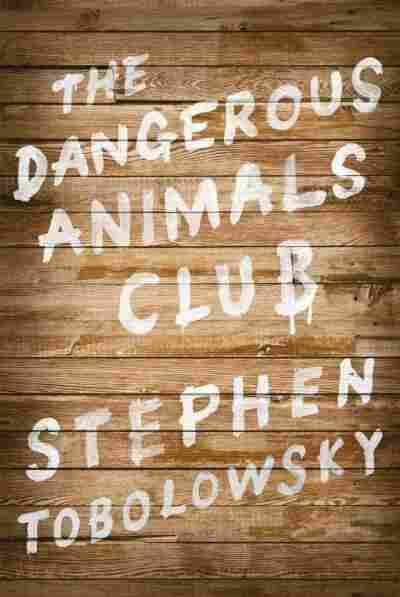 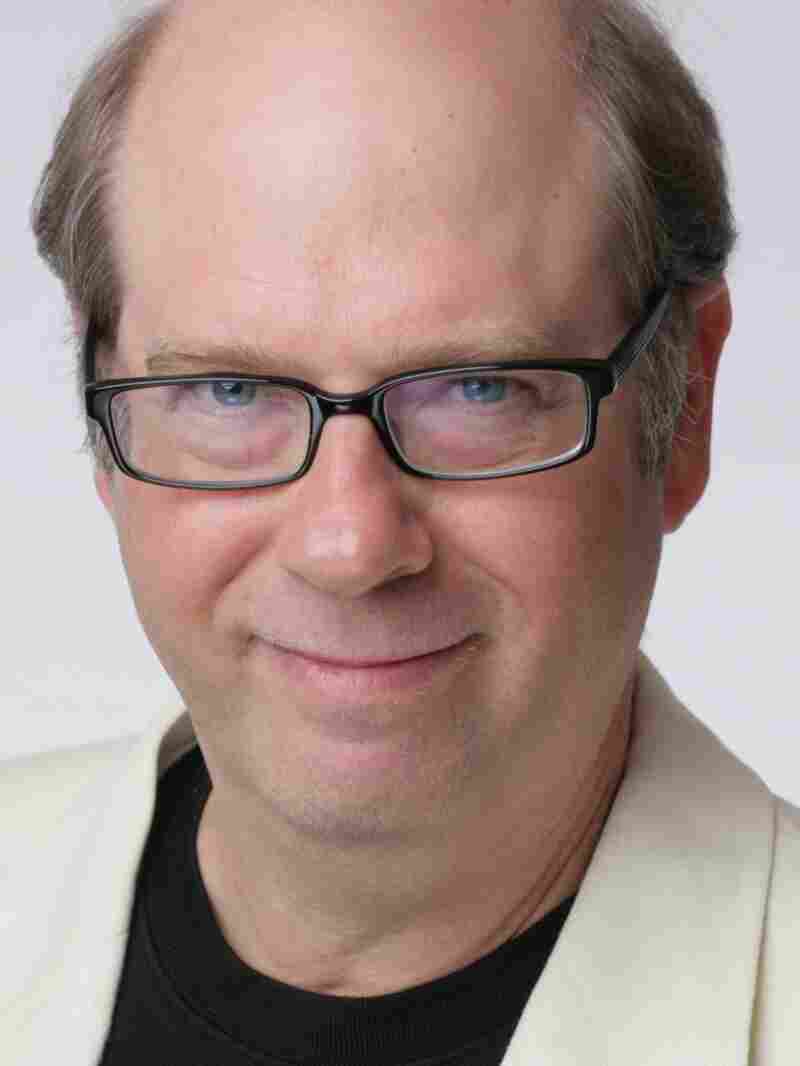 Stephen Tobolowsky is an actor and writer. He also hosts the podcast The Tobolowsky Files. Jim Britt/Courtesy of Simon & Schuster hide caption 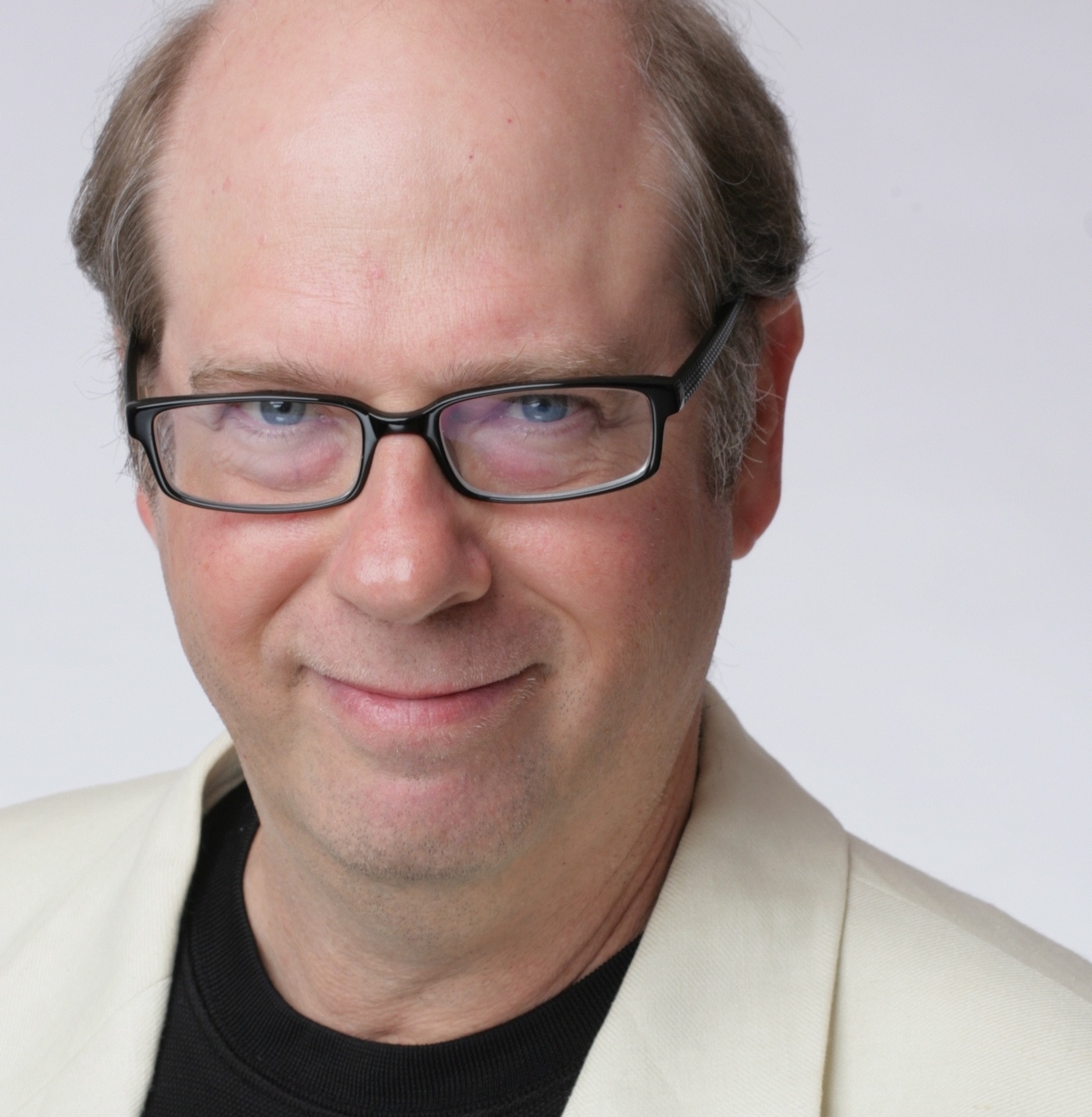 Stephen Tobolowsky is an actor and writer. He also hosts the podcast The Tobolowsky Files.

If you saw Stephen Tobolowsky on the street, you might think you know him from somewhere. The character actor has appeared in over 100 films and TV shows, with recurring roles in Heroes, Deadwood, Glee and now The Mindy Project.

In his memoir, The Dangerous Animals Club, Toboloswky charts the highs and lows of life as a character actor. Some of his roles have been so small, he says, his characters didn't even have names — as, for example, with his turn as "Buttcrack Plumber."

Tobolowsky says the problem with playing some of these roles is the characters are "so low on the totem pole, that sometimes you're mistaken for the cleaning staff, and people try to chase you off the set when you show up to work."

Over the years, he's developed a few theories for the kinds of names smaller characters get in scripts. While someone like Harrison Ford gets two names like Han Solo, the less important characters usually only get one name. In comedies, "you get your job description and your first name — like in Wild Hogs, I played Sheriff Charley" — and in dramas, "You get the job description and your last name — Detective McClaren, Agent Jones."

Tobolowsky says it's not easy being a character actor. With leading actors and actresses, "everything they do is in the script — their entire day. You see them drinking coffee." Smaller roles should ideally have a through-line to their day as well, but character actors have to do that creative work outside of the script.

On getting the role of Ned Ryerson in Groundhog Day

"The producers of the movie we were working on in Paris — for the sake of economy — put me up with the man who was playing my brother in the movie. His name is Kurt Fuller, and I asked Kurt ... what we were doing, what was next up on our lives. And Kurt said, oh, he was playing the part of Ned Ryerson in a new movie, Groundhog Day, with Bill Murray. The part was written especially for him. I'm listening to this — put in the picture of someone's brain exploding. I had no idea what to do. I knew I couldn't tell Kurt that I had just auditioned for the part that he had been given. In fact, Kurt said that he had already had a reading with the entire cast.

"Well ... I ended up getting the part. Well, the premiere of Groundhog Day, I was there, and who was there waiting for me in the lobby was Kurt Fuller. Kurt hugged me, and he said, 'Well man, you got my part but at least you did it well — good work.' And I have to say, out of all of my experiences in Hollywood, that experience of Kurt coming to me and congratulating me at that particular time was setting the bar very high in terms of class and in terms of courage, and it's something that I've always endeavored to aim for, to be like Kurt."

"The scene wasn't really scripted, and the producers said, 'Well, what are you guys going to do?' And I said to Kathy, 'Should we just do it the way it's really done?' And she said, 'Yes, Stephen — let's really do it the way it really happens in real life.' So the producers are saying, 'Guys, guys, please, please.' I said, 'No, no, no, you're dealing with professionals here.' So we got a bowl of Doritos, some dip, I got a TV changer, and Kathy and I just lay in bed and ate dip and were flipping channels through the TV going, 'Baby, that was great.' So we just watched TV and ate guacamole dip."

"I went back to the office, and this time I was sitting there, and I was fretting a little bit. The secretary looked over and saw me nervous and she said, 'You know, Stephen — they like you a lot in there. A lot of people have been reading this part, and they keep trying to be scary, but Alan [Parker] thinks you're scary just as you are' ...

"This is true with a lot of things in acting. You need to ask questions, and you need to ask the right questions. Alan asked me how I saw the man, and I said, 'I saw him as Abraham Lincoln — I don't see him as a villain. This man is a hero with his agenda, with his point of view.' I did not intend to play Clayton Townley as one chromosome short of a human being, like a lot of people will play various villains in movies ... In real life, everyone kind of sees themselves as the good guy, doing what they're doing. They see themselves as a kind of hero, and I wanted to make sure Clayton Townley ... wasn't played as some kind of genetic miscreant."

On falling in love with music and comedy

"Well, I guess I fell in love with music when I was in second grade. It was on Talent Day, and a girl in our class, Claire Richards, played the piano, and she played 'Pickin' Up Paw Paws' with such verve and such joy, I knew I wanted to be a musician at that point in time. And I learned over the next few years — I took piano lessons — that I was not that good ... That I had the talent maybe to sound like I played the piano, but I did not have the talent Claire did to elevate music to something that could transform the audience, that could elevate them to another level.

"I eventually got better and better at the piano. And one of my last recitals, I was playing a piece by Auguste Durand, a waltz in E-flat which is a favorite recital piece — it has a lot of very familiar passages if you ever listen to the recording of it. Anyway, I sat down at the piano, and the piece begins with three dramatic chords with arpeggios that go up, up the scale. But I played these three chords so well! And the arpeggios were perfect for once in my life. I decided on the spot, improvisationally, to add a fourth chord that would go even higher with an arpeggio, that was even grander. And I ran out of keys, and I fell off the end of the piano bench onto the floor. The audience was horrified. They were like, 'Oh!'

"I jumped up and picked up the music and turned it toward the audience and said, 'No, no, no — it's part of the piece. See, right here it says, 'Pianist falls off bench.' And they all start laughing, and I said, 'Now I continue.' And I went down, and I started playing the piano again, and I realized while I was playing, I did just now what Claire was always able to do. First of all, I filled the audience with terror. Then I filled them with delight. And then I filled them with release and relief and elevated them. I did have talent — just not with music. And right after that, I auditioned for my first play, which was a comedy."

Read an excerpt of The Dangerous Animals Club