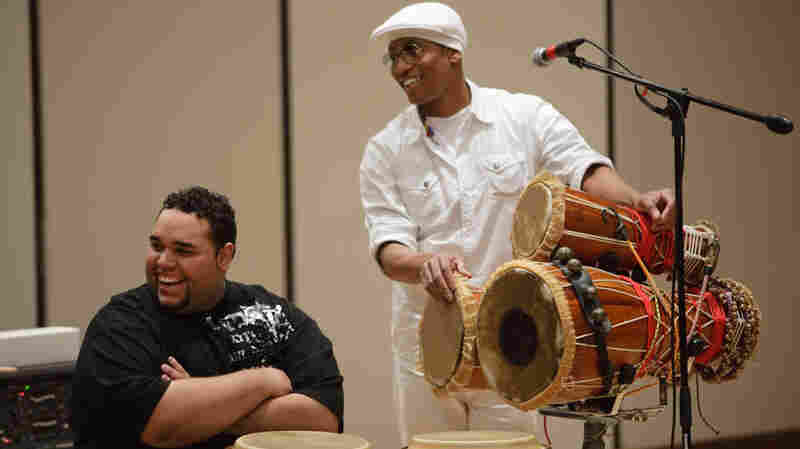 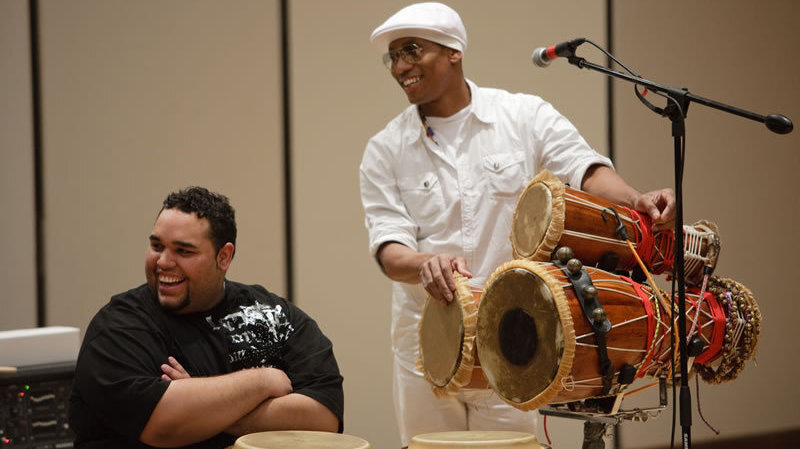 Latin Roots: More To Mariachi Than You Think July 12, 2012
My American Dream Sounds Like Woody Guthrie And Lila Downs July 3, 2012

Chicago-based journalist Catalina Maria Johnson hosts the 15th installment of World Cafe's Latin Roots music series. Johnson writes in Spanish and English for publications such as HOY, Revista Contratiempo, Gozamos and Nat Geo Music, and is a radio personality and host/producer for the radio program Beat Latino, which airs in Chicago, Mexico City and Berlin.

"Rumba is one of those very interesting words," Johnson says. "All over Latin America in several countries, it means 'party.' So you go to 'rumba,' you're going to party. But then there are all kinds of music genres that have that name."

In the late 19th century, rumba started to emerge in the port city of Matanzas, an hour east of Havana in Cuba. Rumba is more than just a style of music — it's a unique cultural blend of rhythm, dance and poetry.

Cuban rumba begins with a chant upon which different elements are added. It's an important part of Afro-Cuban culture, and in its earliest forms served as a form of personal entertainment — the style was played in back yards or on the streets with family and friends — as well as an outlet for protest.

The music is held together by a clave beat, and melds Congolese drumming with traditional call-and-response in either flamenco or Moorish styles. Cuban rumba laid the foundation for many other distinct styles of Latin music, and even informs modern Latin hip-hop and salsa.