Accessibility links
Pakistan Heartthrob Trades Pop For Political Protest One of Pakistan's most popular singers has traded candy-coated pop for fiercely political songs. Shehzad Roy, 34, says his charitable work in poor public schools opened his eyes to injustice in Pakistan. And now he can't stop singing about it. 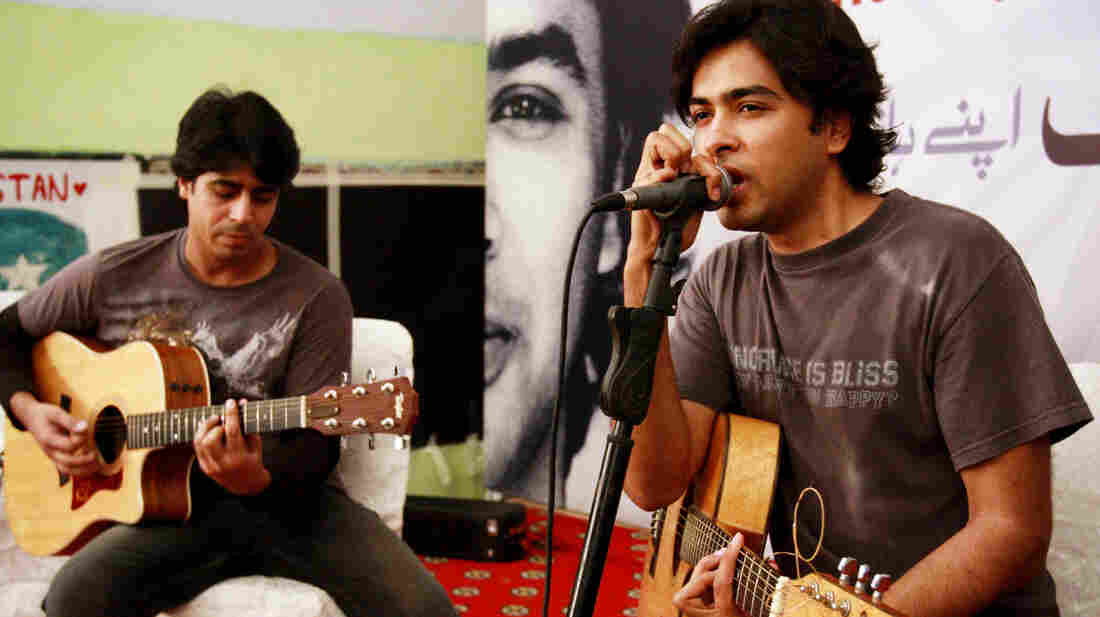 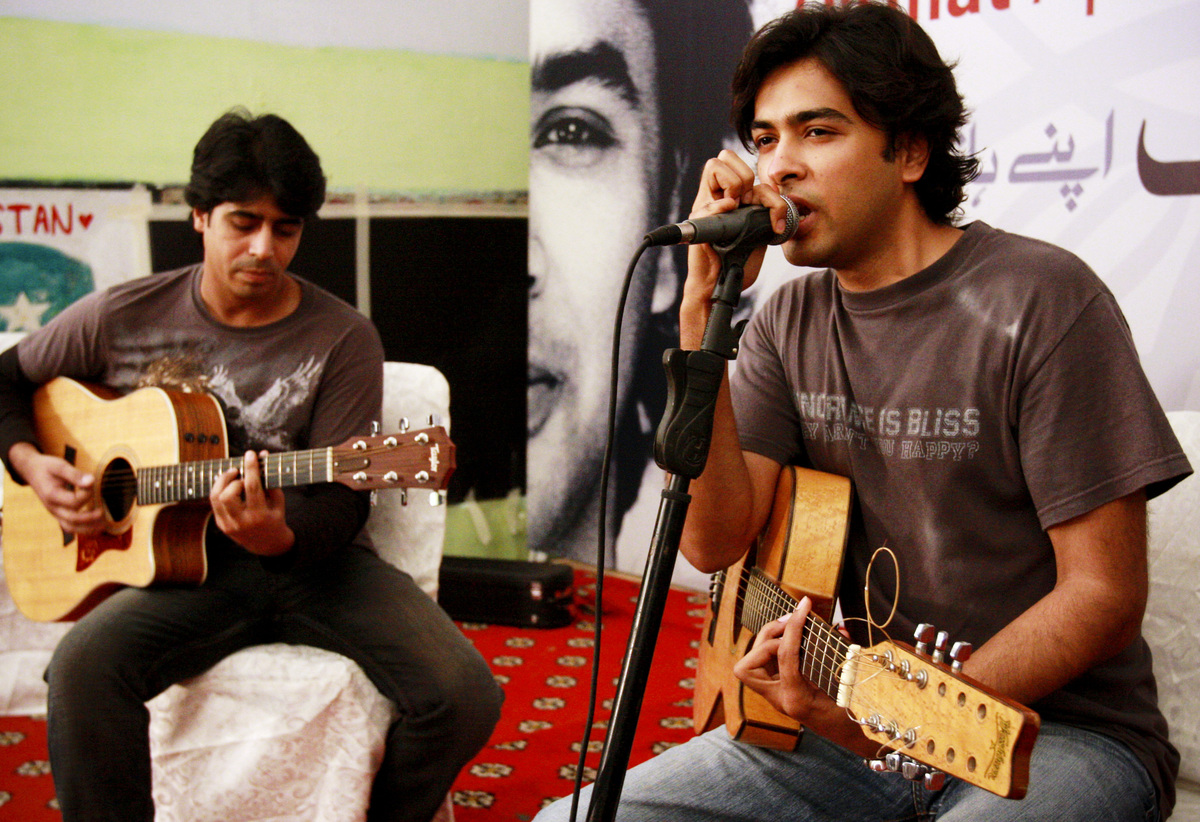 Shehzad Roy, one of Pakistan's most popular signers, rocketed to fame in the 1990s singing sweet songs about love. He was a favorite among Pakistani elites who like to dance to secular tunes but don't otherwise rock the boat.

So those fans might be slightly shocked by the Roy of today, who has traded candy-coated pop for fiercely political songs.

"Laga Reh" (Carry On) was one of Shehzad Roy's first political songs.

"If you had the chance, you'd sell off the entire country — to line your own pockets," he sings to politicians.

In the video for "Qismat Apney Haath Mein," or "Our Destiny Is In Our Hands," Roy wears an orange prison jumpsuit like those worn by inmates, Pakistani and others, at Guantanamo Bay. He swears at the guards.

"Laga Reh" was one of Roy's first political songs. At one point, he sings sarcastically: "Carry On" — both the song's refrain and the meaning of the title. "If you're sitting back doing nothing, just keep sitting there," he sings.

The new Roy thinks regular Pakistanis can't sit back and do nothing any longer.

"I think that, you know, one should start asking questions," he says.

The 34-year-old pop star says it was his charitable work in poor public schools that opened his eyes to injustice in Pakistan, a subject he can't stop singing about now. 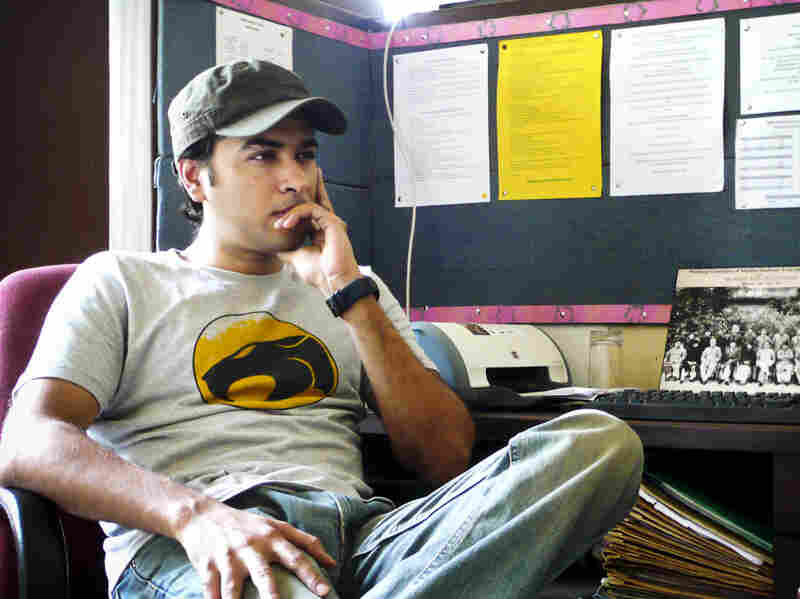 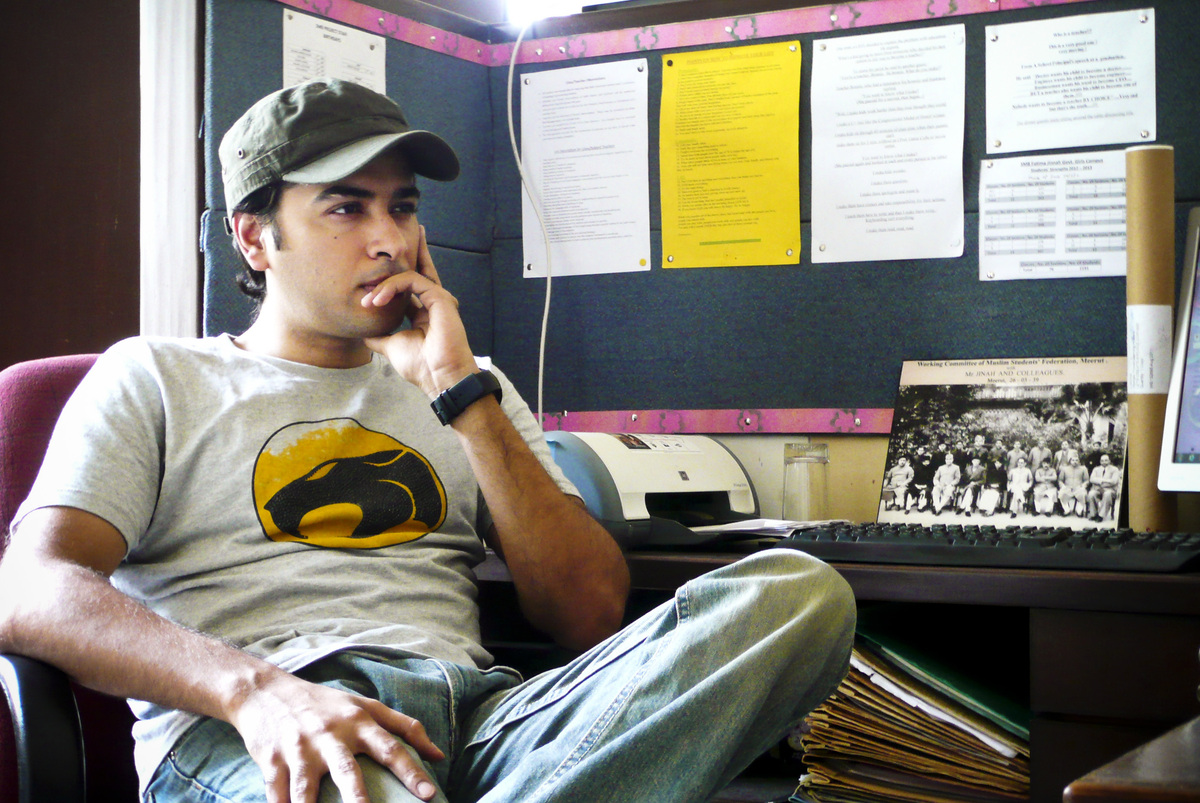 Roy is shown here at the Fatima Jinnah Government Girls School in Karachi, a poor public school being refurbished by his education nonprofit, Zindagi Trust.

On a recent day, Roy belts out that same sarcastic tune, "Laga Reh," in the corridors of a once-dilapidated school for 2,100 girls in one of Karachi's poorest districts. Roy took over management of the school from the Karachi government in 2007. He describes an early request from one of the teachers.

"She said, 'Shehzad, can you do me a favor?' And I said, 'Yes, sure.' And she said, 'Can you get rid of the dogs please?' " the singer recalls. "And I said, 'What?' I thought maybe she was saying metaphorically that there were some bad people. And then she said, 'No, no, we literally have dogs here.' "

Hungry stray dogs used to roam the classrooms. A former principal ran an illegal side business renting out the schoolyard for weddings. Leftovers and trash attracted rodents and wild dogs. Rubble piled up in the place of desks. Raw sewage ran in the drinking fountains.

Alia Amirali, an analyst at Pakistan's National Students Federation, says local politicians probably had no idea about the state of their government schools, until Roy came along.

"It's certainly never been a state priority. So the English, upper-middle-class education system is working fine," Amirali says. "That, the government pays attention to, ironically, because the government's priorities are always extremely class-biased. Because their kids have never been to these schools." 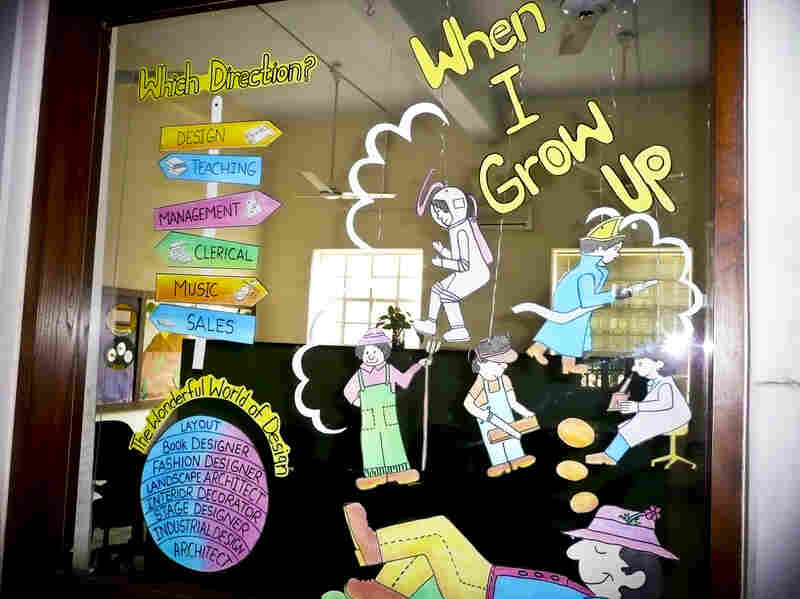 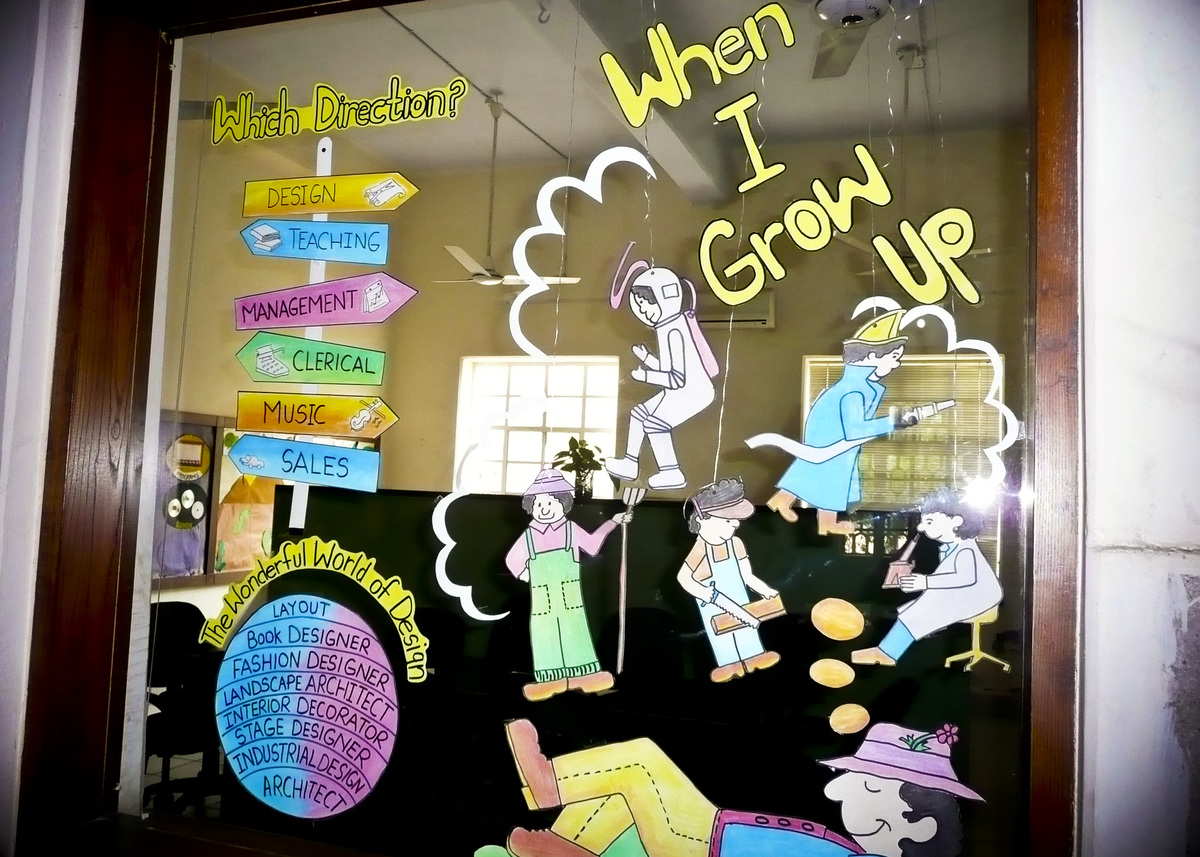 Local politicians have been forced to take note as Roy's education nonprofit, Zindagi Trust, has rebuilt the Fatima Jinnah girls' school, installed computers, trained teachers, and started the first-ever lessons there in art, sports and chess. The trust is moving on to other public schools and also runs after-hours programs for child laborers.

In that time, Roy has also released four albums about poverty, intolerance and corruption that he sees rife in Pakistan, despite billions of dollars in U.S. aid. He recently gave a school tour to a group of Western ambassadors, who asked him if there was one thing they could do to help Pakistan.

Look for that message in Roy's next song.