Accessibility links
Book Review: 'The Last Dragonslayer' by Jasper Fforde Author Jasper Fforde is well known for his Thursday Next series of literary fantasies. Reviewer Petra Mayer says his first book for young adults may feel familiar to Thursday fans, but it's still an enjoyable mixture of magic, emotion, everyday absurdity, and the occasional illusory moose.

A Mashup Of Mundane And Magical In 'Dragonslayer'

A Mashup Of Mundane And Magical In 'Dragonslayer' 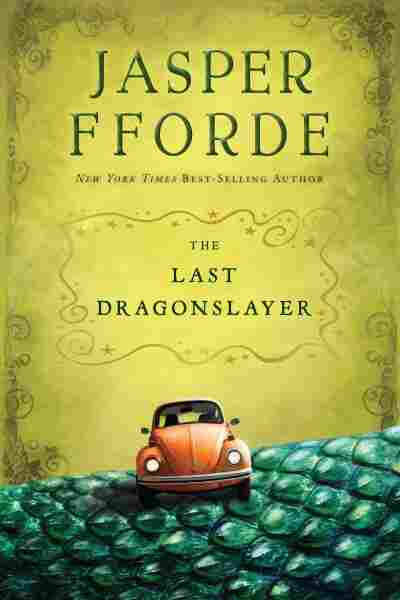 It's been a big year — well, a big few years — for young adult fiction, which I'm not going to complain about in the slightest; nothing beats a good YA novel for pure storytelling punch. But I might complain, just a little, about the overwhelming sameness of some of the plots. Dystopian futures, quiet-yet-spunky teenage girls, doomed love triangles — sound familiar? Suzanne Collins has a lot to answer for. Luckily, you can crack open The Last Dragonslayer and spend time with a protagonist who has a refreshingly different set of priorities.

Fifteen-year-old foundling Jennifer Strange is considerably more mature and responsible than her age would suggest. As the acting director of Kazam Mystical Arts Management, she rides herd on 45 "sorcerers, movers, soothsayers, shifters, weathermongers, carpeteers and other assorted mystical artisans," all various degrees of distempered and dysfunctional in a world that's becoming steadily less magical as the years roll on. She's also the receptionist, accountant, chauffeur and paper-shuffler, filling out all the forms required by the Magical Powers (amended 1966) Act.

If you haven't figured it out yet, yes, this is a Jasper Fforde novel. His first aimed at young readers, it features the same delightful mix of magic and everyday absurdity that characterizes his other books — like The Eyre Affair, starring literary detective Thursday Next, who pursues an international master criminal into the narrative of Jane Eyre. (She works for a government agency devoted to policing books. Other agencies include Cheese Enforcement and the ChronoGuard, which keeps time stable.) Thursday's world dovetails quite neatly with Jennifer's, where power loss and new regulations mean Kazam's flying carpeteers can no longer take passengers, and must scrape a living delivering organs for transplant and pizzas. 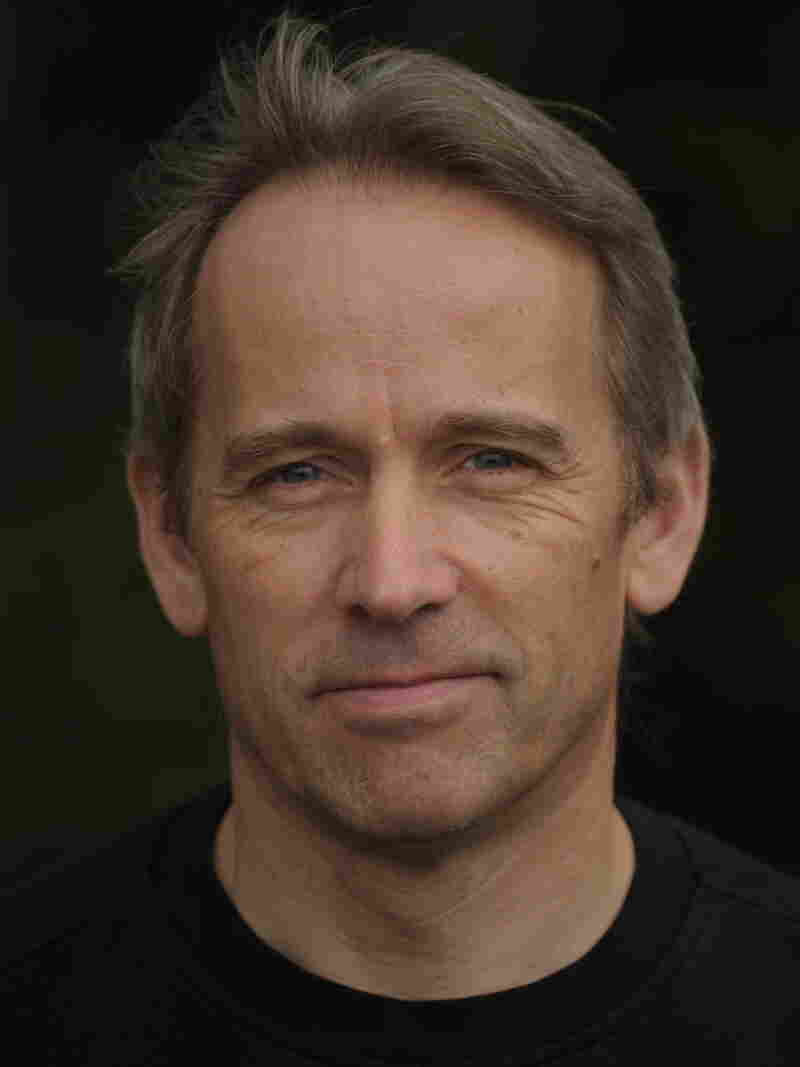 Author Jasper Fforde is best known for his Thursday Next series of literary fantasies. The Last Dragonslayer is his first book for younger readers. Mari Fforde /Courtesy of Harcourt hide caption 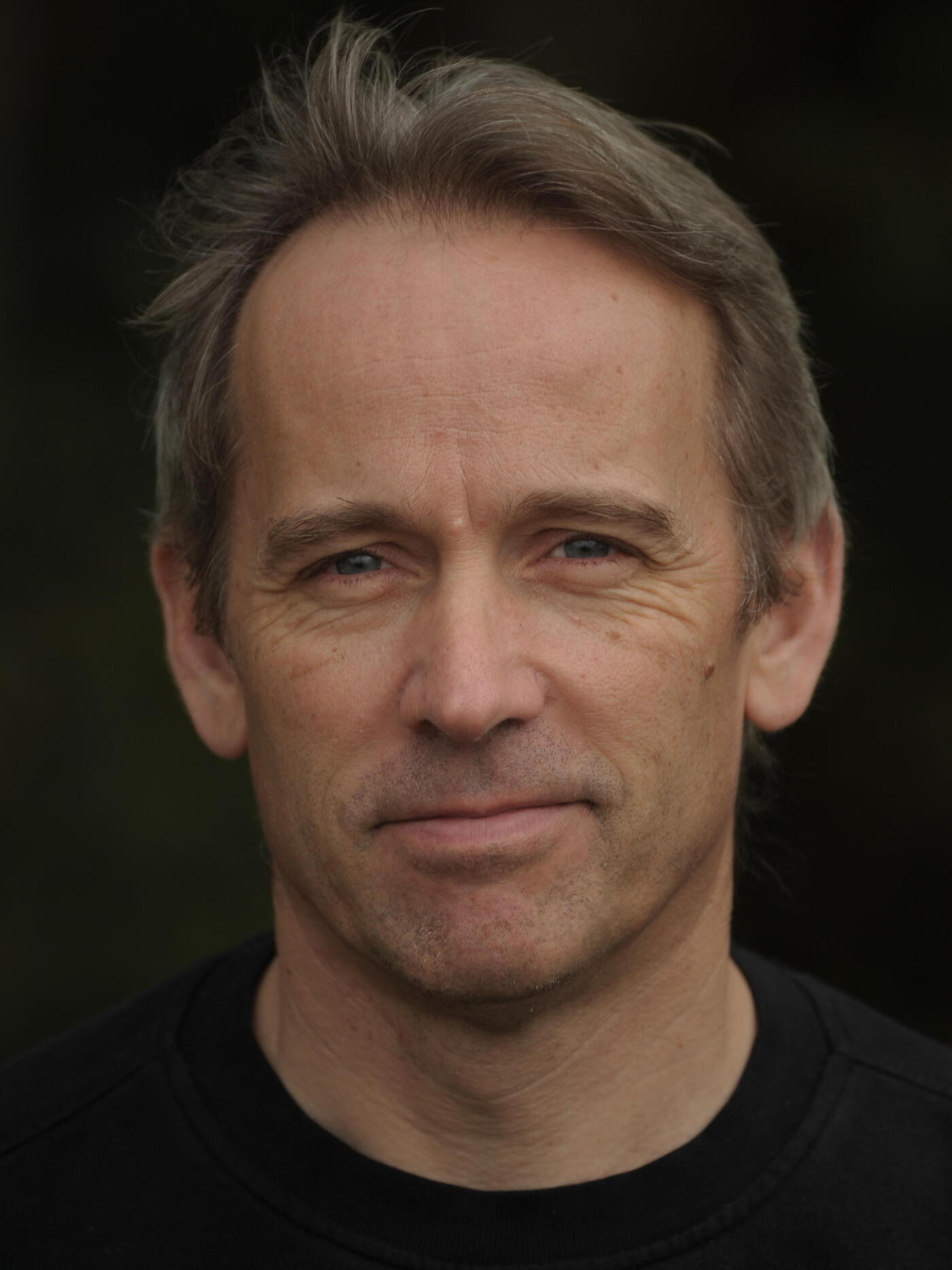 Author Jasper Fforde is best known for his Thursday Next series of literary fantasies. The Last Dragonslayer is his first book for younger readers.

No one's quite sure why magic is draining out of the world, but it probably has something to do with the declining population of dragons. After a few chapters of exposition, the plot lurches to life as both of Kazam's remaining functional seers are struck by the same powerful vision: the world's last dragon, Maltcassion, will die in less than a week, at the hands of the titular Last Dragonslayer. And no points for guessing who she'll be.

Fforde is a master world-builder, a specialist in mashing up, with deadpan hilarity, the fantastic and the mundane. But The Last Dragonslayer isn't all cranky carpet pilots and illusory moose in the hallways. Fforde doesn't shy away from dark issues — Jennifer becomes embroiled in a territorial dispute between her kingdom and the duchy next door, and struggles to head off a land war as greedy speculators prepare to pounce on Maltcassion's vacated turf. Jenny herself is a young woman of deep feelings; she's noble and brave, but also very angry, and she learns to embrace that rage and turn it into power.

If you've read Fforde's delightful Thursday Next series (and if you haven't, do start with The Eyre Affair), Dragonslayer will seem a bit familiar. Jennifer could easily be a teenage Thursday; both are tough, smart women faced with balky bureaucracy, nefarious corporate operatives and sudden media stardom. And, uncharacteristically, Fforde's dialogue here can be clunky — Jennifer occasionally sounds as if she's reading aloud, especially when she's delivering a chunk of exposition.

But these are quibbles. The Last Dragonslayer does a lovely job of simplifying, for the YA audience, Fforde's madcap ideas, while still retaining bite and passion. Readers both young and adult will get hours of pleasure visiting these Ununited Kingdoms, and riding around in the Rolls-Royce Slayermobile with the Last Dragonslayer and her stalwart sidekick, Tiger Prawns — and the Quarkbeast, but we'll get to him in the next book.

Read an excerpt of The Last Dragonslayer