Accessibility links
Movie Reviews - 'Butter' - No Contest: Everything's Better With It The world of competitive butter sculpting serves as the platform for a politically charged satire from Jim Field Smith. Critic Joel Arnold says that stellar performances from the film's ensemble cast, which includes Ty Burrell and Jennifer Garner, make for an excellently executed farce.

No Contest: Everything Is Better With 'Butter'

No Contest: Everything Is Better With 'Butter' 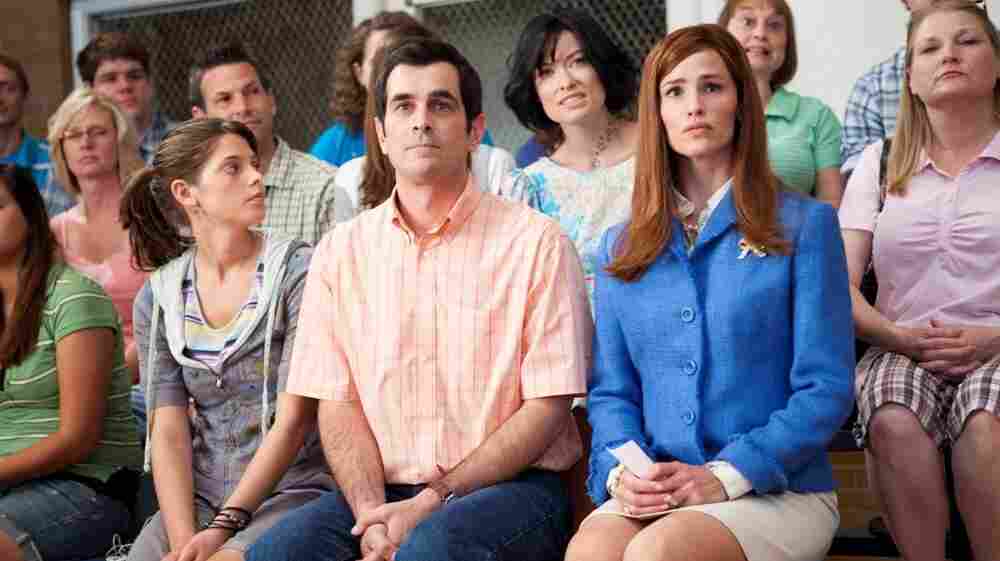 Unless you've attended a Midwestern state fair — or perhaps a Renaissance-era banquet — you might be unfamiliar with the ephemeral but much beloved art of butter sculpture.

Yes, the creamy dairy spread, when chilled to between 32 and 60 degrees, achieves a consistency ripe for carving, and artisans working with hundreds of pounds of the stuff can fashion almost anything: cows, the Liberty Bell, cows being milked, Mount Rushmore, cows jumping over moons, Yoda, Newt Gingrich on a horse.

For real-life builders of butter and their fans, the craft is more than a novelty — and in Butter, a politically charged satirical comedy, excellence in butter may as well be a matter of life and death.

Or at least it is to Laura Pickler (Jennifer Garner), the ambitious wife of Bob Pickler (Ty Burrell), who's won the Iowa state competition for butter carving for the past 15 years. Laura is a savvy if entitled social climber, and, as she explains in a voice-over that seems to be channeling Michele Bachmann, being the First Couple of butter sculpture comes with a certain level of prestige, which she and Bob may just parlay into a political career.

Burrell, playing an even more spineless riff on his doofus-dad Modern Family character, and Garner, displaying all of the grace but none of the warmth she displayed as an adoptive mom in Juno, exude a down-to-earth but practiced wholesomeness that almost immediately assures that they have something to hide.

When Bob reveals over dinner that he's been asked to retire from competitive butter carving to let others have a shot, things boil over. Laura, refusing to accept that outcome, practically invades the home of the head butter-commission judge, so determined is she to prevent Bob's ouster. Ultimately unable to wedge Bob back into the competition, she decides to enter it herself. 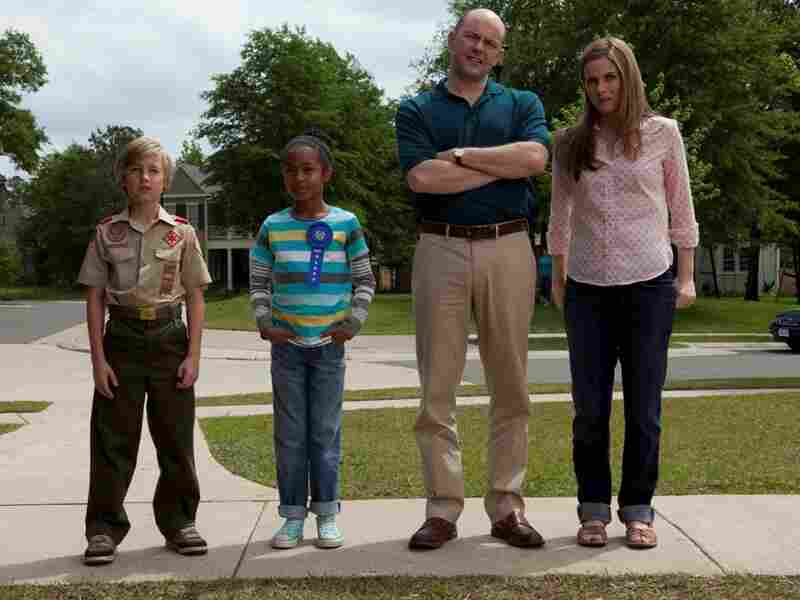 A butter sculpting prodigy (Yara Shahidi, second from left) has a chance to end the Picklers' reign with the help of her friend (Brett Hill) and her foster parents (Rob Corddry and Alicia Silverstone). Radius-TWC hide caption 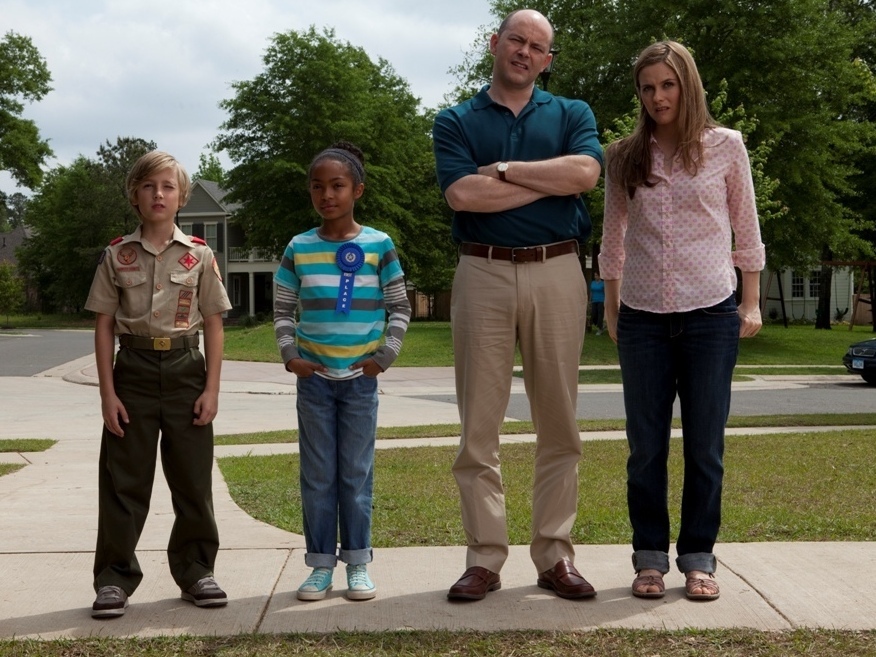 A butter sculpting prodigy (Yara Shahidi, second from left) has a chance to end the Picklers' reign with the help of her friend (Brett Hill) and her foster parents (Rob Corddry and Alicia Silverstone).

The challenger for the butter crown, and the welcome antagonist to Laura's aspirations, is Destiny (Yara Shahidi), a young girl with an innate gift for butter-carving. Meanwhile Bob's daughter, Kaitlen (Ashley Greene), plays foil for her parents' eccentricities, which include Bob's regular visits to the strip club where Brooke (Olivia Wilde), a self-aware caricature of a stripper, is making a significant dent in the family pocketbook.

Butter adopts several strategies similar to those in Election, including narration by multiple characters: Telling her own story, Destiny describes being inspired by seeing the sanitized story of the Picklers on TV — a memory that kept her hopeful as she was shuffled through the Iowa foster care system in home after comically unsafe home.

She finds some stability with Julie and Ethan (Rob Corddry and Alicia Silverstone), a pair of suburban yuppies far removed from the red-state world of Laura Pickler. (Their fridge is stocked with the likes of soy margarine and almond milk.) They're generally supportive and encourage Destiny's interest in butter, but after living with religious fanatics and drug users, it's not hard to see why Destiny concludes that "white people are weird."

Taking aim at populism, small-town politics, the American family and the hypocrisies of the foster-care system, Butter casts its satirical net wide, and that breadth of focus sometimes blunts its biting message. Thankfully, this is a movie centrally about a competition, and there Butter finds its comedic footing. When Brooke, out for vengeance against Laura, enters the competition, the stakes escalate and the back-stabbing begins.

The film benefits from strong performances by its ensemble cast, with Wilde's nastiness balanced by her oddly maternal hopes for Destiny's success; a sweet appearance from Kristen Schaal as a carving runner-up and Pickler devotee; and a strong against-type performance from Hugh Jackman as a beefcake car salesman and high-school boyfriend of Laura's.

Butter thrives on skewering characters whose self-importance isolates them completely from the consequences of their actions. And while the film's perspective is distinctly liberal, providing several thinly veiled criticisms of conservative politicians, nearly everyone (except Destiny) is guilty of something.

It's a minor disappointment, then, in an otherwise well-executed farce, that Butter rushes through its final minutes and wastes some of its momentum on a left turn toward the heartwarming rather than the jugular. In the cutthroat world of butter, comeuppance is best served (and carved) cold.