Accessibility links
Book Review: 'This is How You Lose Her' by Junot Diaz Junot Diaz's electric new collection of short stories centers around Yunior, a macho yet mournful Dominican-American man. In these stories about love, lust and infidelity, a good man is hard to find — and when he is found, he's always in bed with someone else. 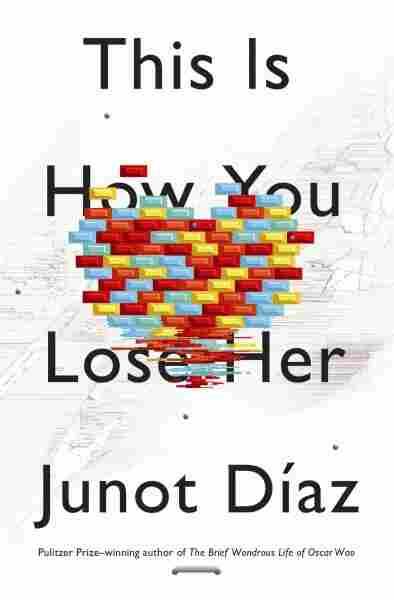 Ay-yi-yi, what is it with these Dominican men? Their hands — and eyes — never stop roving, even as they're slipping engagement rings on their true loves' fingers.

If that sounds like negative stereotyping, don't complain to me: I'm just passing along the collective cultural verdict of the women and men, most of them themselves Dominican, who hustle through Junot Diaz's latest short story collection, This Is How You Lose Her. A good man is hard to find in these stories, and when you do find him, he's always in bed with someone else.

I picked up Diaz's collection because I wanted to give him another try. I was one of those rare readers who did not think Diaz's Pulitzer Prize-winning novel, The Brief Wondrous Life of Oscar Wao, was all that wondrous. I got weary of it early on. Sure, the Spanglish freestyle narration was dazzling, but the title character, Oscar, was one of those boy-men who obsessively dwell in the hermetically sealed world of sci-fi comic books, Dr. Who reruns and sword-and-sorcerer fantasy fiction.

Oscar, I'm happy to say, is nowhere in this terrific collection, which instead focuses almost exclusively on Yunior, Oscar's wired friend who narrated The Brief Wondrous Life of Oscar Wao. The nine fully charged-up and chronologically mixed-up stories here mostly explore Yunior's staggeringly scummy treatment of his girlfriends — his "hood hotties" — but they also riff on other kinds of love: maternal and brotherly; the yearning immigrants feel for their home country; the distinct emotional purgatories of the cheater and the cheated upon.

In the first story in this collection, called "The Sun, The Moon, The Stars," Yunior disarmingly warns us not to expect too much of him in the morals department. Here's a somewhat edited version of his introduction:

"I'm not a bad guy ... I'm like everybody else: weak, full of mistakes, but basically good. Magdalena disagrees though. She considers me a typical Dominican man ... See, many months ago, when Magda was still my girl ... I cheated on her with this chick who had tons of eighties free-style hair. Didn't tell Magda about it, either. You know how it is. A smelly bone like that, better off buried in the backyard of your life."

Like I said, that introduction is edited, because as any Junot Diaz reader knows, his characters can't rattle on for long without resorting to some expletive. Happily, Yunior's voice is as versatile as his other main instrument; rather than just a Johnny One-Note of obscenities, he's also witty and moving and mournful. 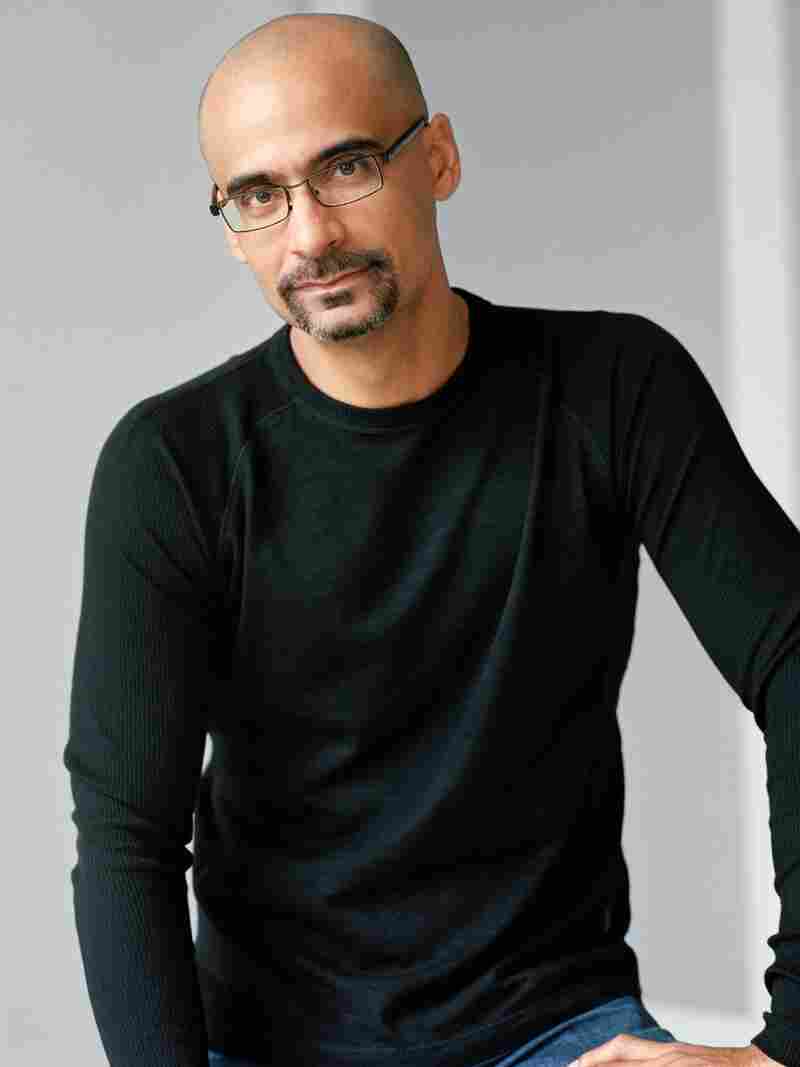 Junot Diaz won a Pulitzer Prize in 2008 for his novel The Brief Wondrous Life of Oscar Wao. He was honored in 2012 with a Macarthur "genius" grant. Nina Subin/Penguin Group hide caption 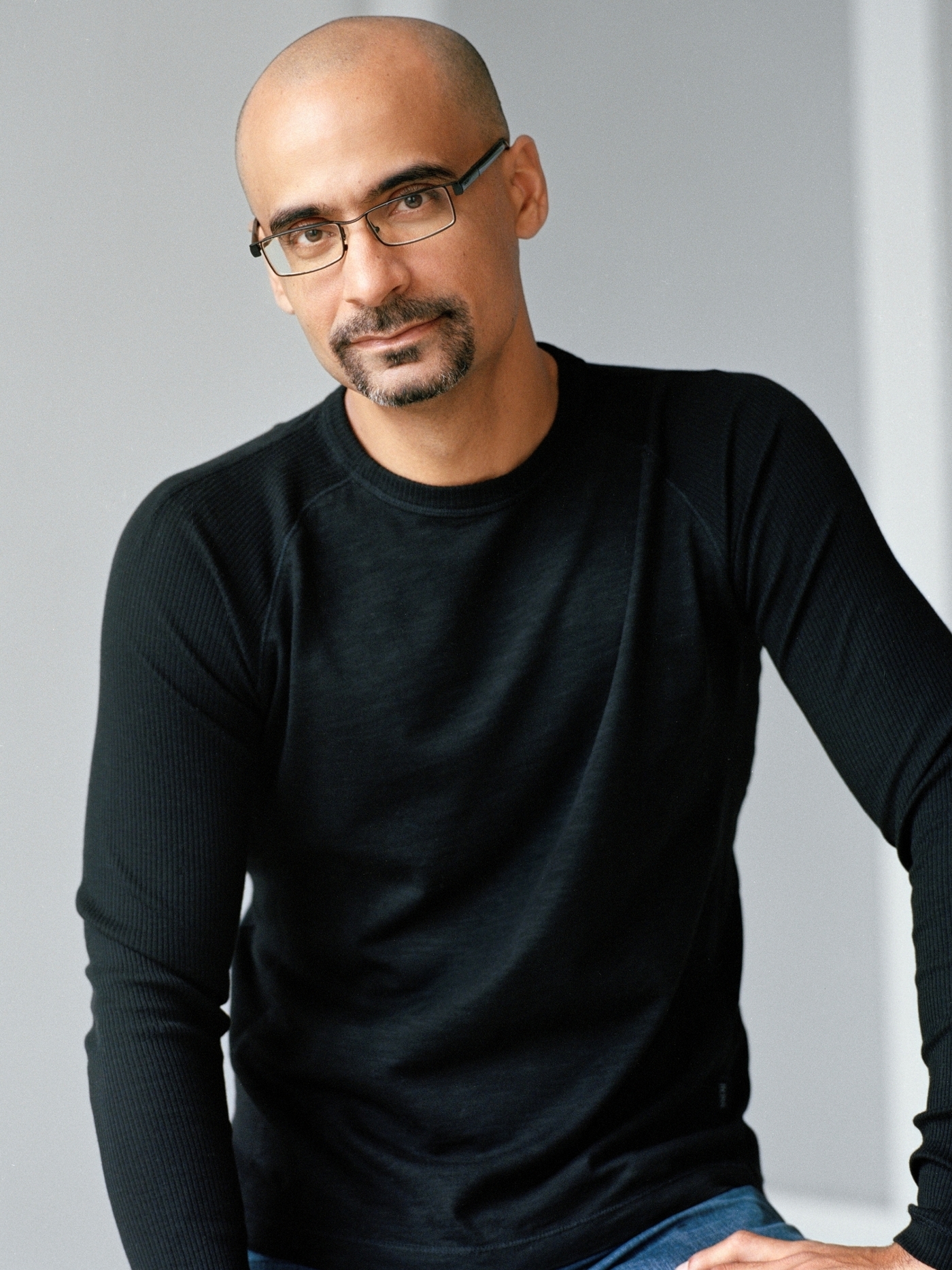 Junot Diaz won a Pulitzer Prize in 2008 for his novel The Brief Wondrous Life of Oscar Wao. He was honored in 2012 with a Macarthur "genius" grant.

In the story "Invierno," Yunior recalls leaving Santo Domingo as a child, after his father, who's been working in New Jersey for five years, finally sends for the family. It's the dead of winter and Yunior's "Papi" turns out to be as cold as the sleet outside: He's a bully with "watery turtle eyes" who, because he's ashamed of Yunior's "bad" Afro-Caribbean hair, takes him to a barber one day to have it all shaved off. When the newly bald Yunior returns to the family's apartment, his brother Rafa laughs and tells him, "You look like a big thumb." It's a nasty moment leavened with our knowledge, gleaned from earlier stories here, that Rafa is destined for a tragic end.

As electric as the stories that make up Yunior's fragmented autobiography are, the standout that stays with me is about another kind of character entirely. It's called "Otravida, Otravez," and it's told from the perspective of a Dominican woman named Yasmin who runs a hospital laundry.

"I sort through piles of sheets with gloved hands," she tells us. "I never see the sick; they visit me through the stains and marks they leave on the sheets, the alphabet of the sick and dying."

Yasmin lives in a cockroach-y rental house with other immigrants, and she's sleeping with a married man whose wife is back in Santo Domingo. The promise of America in this sharply etched story comes down to a minimum-wage paycheck, an occasional walk to a movie in the mall, a guilty grappling in bed. I want to hear so much more from Yasmin. Yunior, our Dominican Don Juan, loses plenty of women in these stories, but Yasmin is one woman Diaz, as a writer, shouldn't let go.

Read an excerpt of This Is How You Lose Her