Accessibility links
First Listen: Macklemore & Ryan Lewis, 'The Heist' The Heist, a new album from the versatile Seattle duo, has layers of humor, emotion and hooks. It's a record full of articulate message songs, put together in a way that comes off as loving and warm, not didactic. 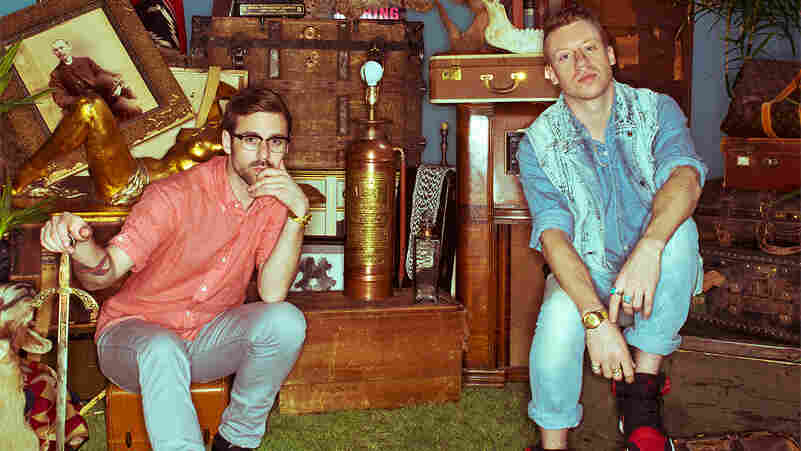 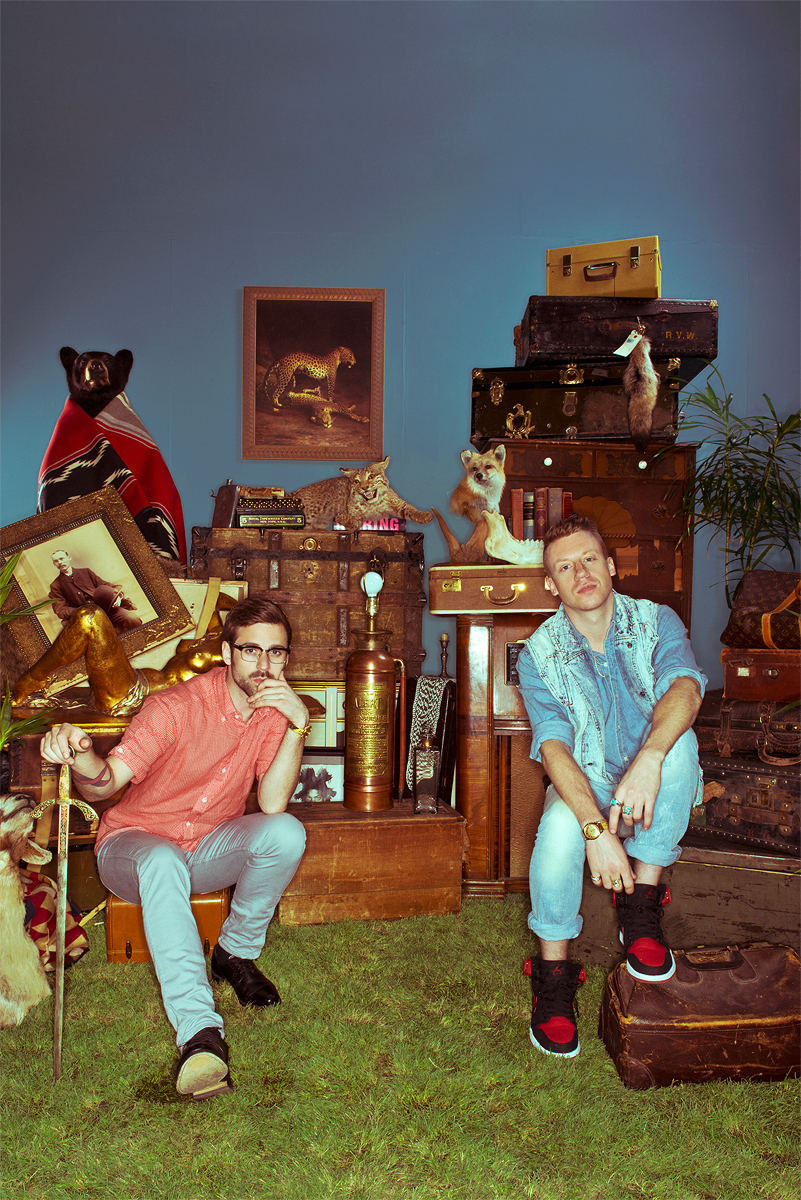 The first time I heard a song by Macklemore & Ryan Lewis, I was in a large public space with a lot of weepy eyes. That song, "Same Love," was written by the two versatile Seattle-based musicians, to advocate for marriage equality for gay men and women. The song has become part of a political campaign, Music for Marriage Equality, but it's deeply personal — it was inspired by Macklemore's uncles, who were in a loving gay relationship as he grew up. Like a lot of songs on their new record, The Heist, it's got layers of humor, emotion and hooks.

Those qualities have helped Macklemore & Ryan Lewis win a great deal of support from within their hometown. Kevin Cole, the DJ from NPR member station KEXP who introduced me to "Same Love" at an All Songs Considered listening party in Seattle, got pretty choked up trying to express his passion for the song. Here are some of the lyrics:

That my uncles can be united by law

Kids are walkin' around the hallway

Plagued by pain in their heart

A world so hateful

Someone would rather die

Than be who they are

And a certificate on paper

Isn't gonna solve it all

But it's a damn good place to start

I'd be sold on this record for its messages alone, because the duo puts them together in a way that comes off as loving and warm, not didactic. But The Heist is also funny: "Thrift Shop" is a silly tune with a hooky sax, the sound of cash registers ringing and lines like, "I wear your granddad's clothes / I look incredible." A little bit of levity provides a crucial counterpoint to an album of thoughtful songs. The Heist is an all-over-the-map project from a budding songwriter and ambitious producer — and totally worth the listen.