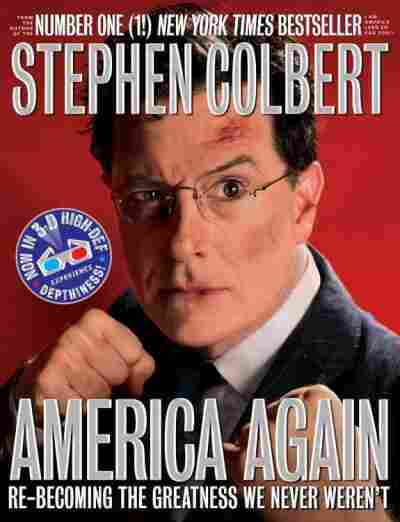 Re-Becoming The Greatness We Never Weren't

Stephen Colbert has no idea how other news pundits find time to write books. But he felt certain that his character on his Comedy Central show, The Colbert Report, needed to have another one.

"My character is based on news punditry, the masters of opinion in cable news, and they all have books," he tells Fresh Air's Terry Gross. "We don't have time to write a book and feed and wash ourselves, so something has to go out the window. And [for me] it was family, friends and hygiene for the past year."

His new book, America Again: Re-becoming the Greatness We Never Weren't, includes colorful 3-D photographs and explores "a new message within right-wing punditry worth talking about," Colbert says — the notion that "our greatest days are ahead of us, and we have the greatest history in the history of history, but this instant right now is completely screwed up, and we've got to save America from disaster."

Besides writing the book and doing his show, Colbert has also been busy running his superPAC, Americans for a Better Tomorrow, Tomorrow — which he created almost by accident, while parodying a Tim Pawlenty political ad.

Colbert has pulled other political stunts — trying to get on the presidential primary ballot in South Carolina, for example. He says he didn't want to actually influence the election's outcome, so he had a plan to bail out in case that became a real possibility: He was going to create his own political scandal.

Though his wife wasn't thrilled with the plan, Colbert says, "I wanted to, like, actually go down to South Carolina and, like, stumble around Columbia, the capital, like pantsless with a bottle of Jack Daniels and try to get arrested."

On the presidential debate in Denver (this interview was recorded Wednesday, before the debate)

"I'm hoping Mitt Romney can get his act together in this debate because as a conservative pundit, or rather, playing a conserve pundit ... it's so difficult for me right now to get behind Mitt Romney. It's incredibly frustrating as a performer who has to model behavior that is so schizophrenic and bifurcated, because it's almost an unprecedented candidacy — as far as I can tell. No one seems to like him — even the people who are behind him. There isn't a sort of monolithic point of view to base my own satire on. 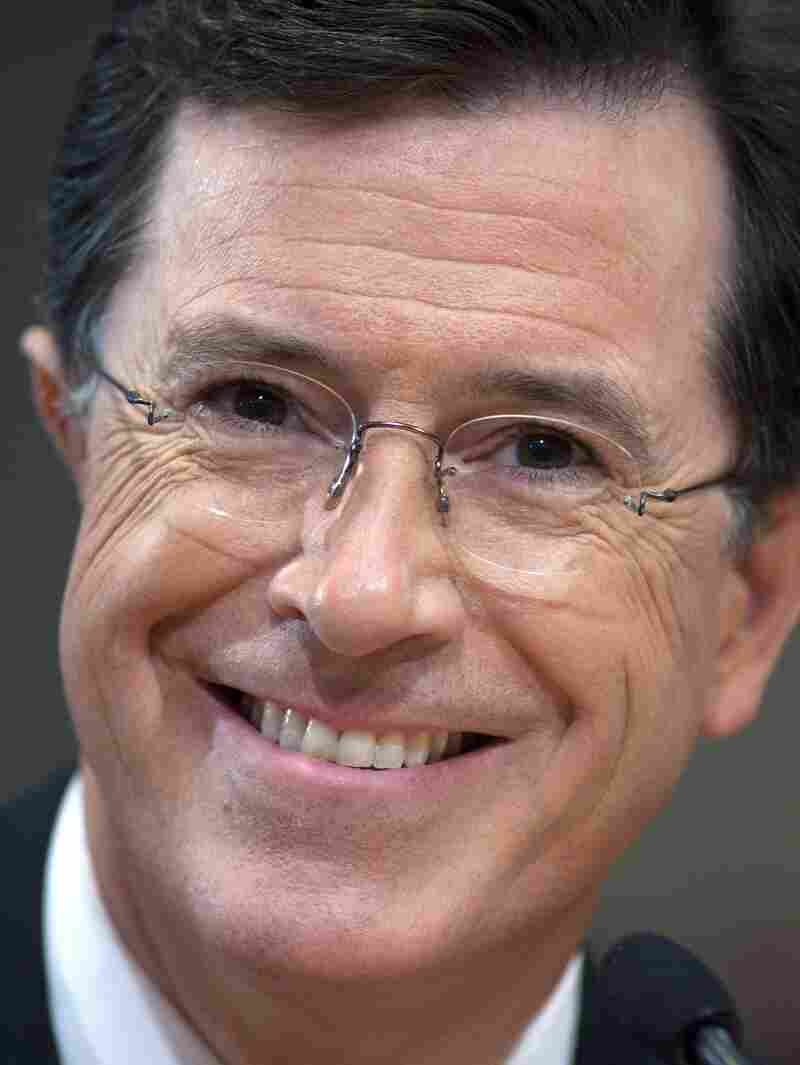 Stephen Colbert is also the author of I Am America (And So Can You!). AP hide caption 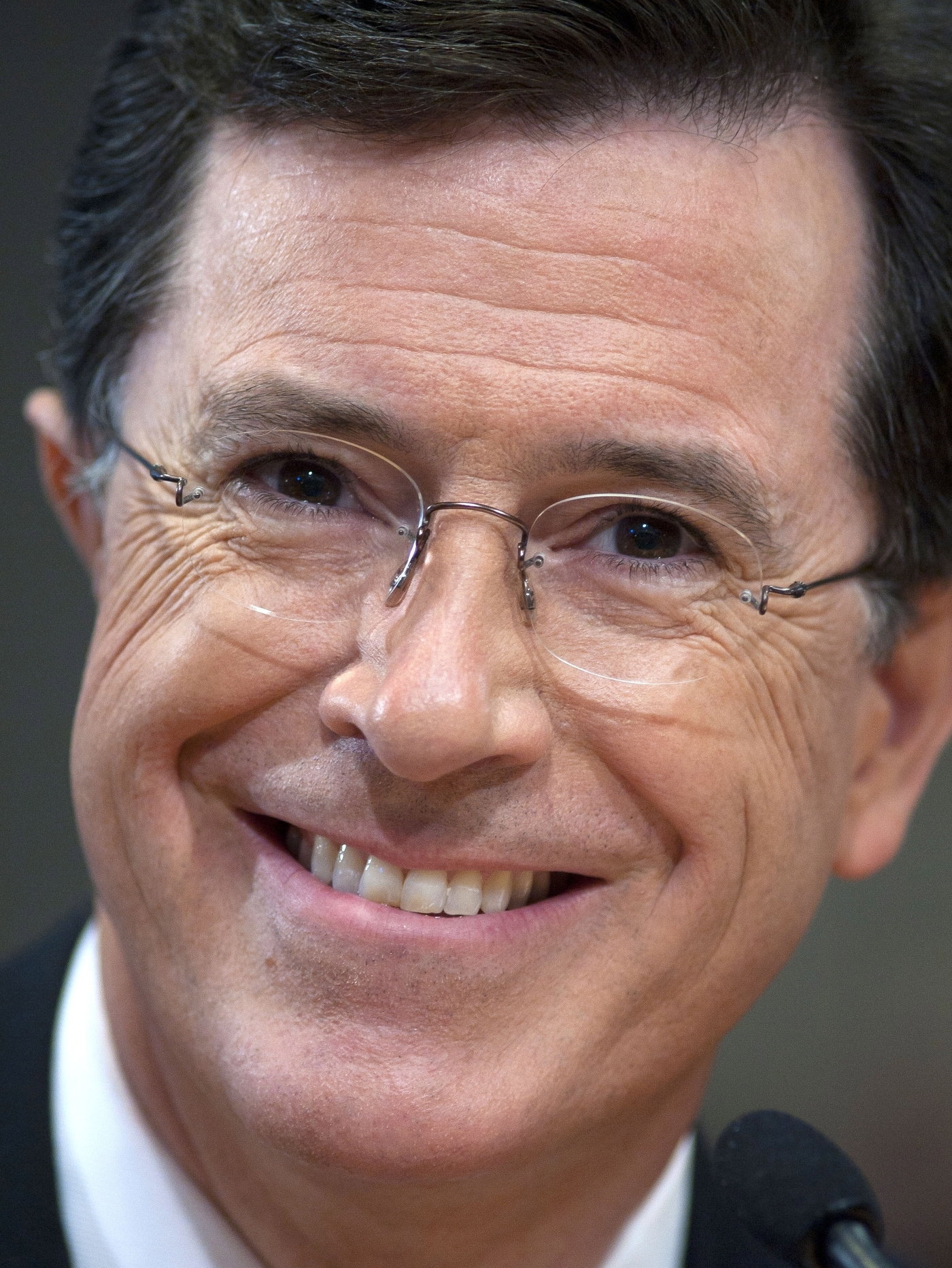 Stephen Colbert is also the author of I Am America (And So Can You!).

"Basically, the satire of my character in relation to Mitt Romney now is, night to night, I can change my mind. I can be hopeful or in despair from night to night, because I have no point of reference for what's happening now. Even McCain in 2008, post-Lehman Brothers, might have seemed like a bit of a winged duck, but people still liked him. People were still behind him.

"You get a feeling that everybody of the sort that I'm modeling really has one foot out of the boat right now, and I really I hope Mitt — I mean listen, I have my own political views, but as a performer I hope he does something positive tonight so that there's something for me to rally behind, because that's what my character wants to do. ... He wants to have a candidate that he can champion, and that just doesn't exist in Mitt Romney right now. He's just a walking wound."

On creating his superPAC

"The whole thing came about by accident. We were just trying to do a parody ad of a Tim Pawlenty ad, and I couldn't figure out how to end it. And then I said, 'Well how does his ad end?' And his ad ended with just a simple card on the screen that said 'LibertyPAC.com' — whatever his political action committee was. And I said, 'OK, just put a ColbertPAC.com at the end, and one person on the staff said, 'Do you want me to buy that URL?' And I said, 'Yeah, yeah — we might want to use that later.'

"And then the network called and said, 'Are you really going to get a PAC?' And I said, 'Why do you ask?' And they said, 'Because if you actually get a PAC, that could be trouble.' And I said, 'Well then, I'm definitely going to do it.' Because I like the idea of, why is it trouble? Everybody can do it, why can't I do it? ... We'd done jokes on Citizens United for about a year, and then I realized, 'Oh, well, this is what the whole year is about. It's really about this whole new flush of cash into our political system that is in large part untraceable or traceable only after the fact when it's too late, after the primaries, after the election is over. And I said, 'OK, well let's just try to do it'...

"We really played the game hard up through the South Carolina primary, when Jon Stewart took over my superPAC, because I announced my plans to form an exploratory committee about whether or not I should run for president, to illustrate how easy it is to give money to somebody else and really have control over what happens. Ostensibly it's no longer in your control, but you've given it to your best friend, who actually rides to work with you this morning, and you share a building."

On the separation of church and state

"We have this idea in our minds that there's this separation of church and state in America, which I think is a good thing. And we extend that to our politics — not just church and state, but it's also there's a separation of religion and politics. But of course there isn't. Every president says, 'God bless America' at the end of the State of Union address. And everybody, every candidate is quoting some form of the Old and the New Testament in speeches to try and make their own moral points.

"But we don't think of ... a preacher or priest or rabbi or imam, for that matter, endorsing from the pulpit. And I was fascinated by the idea that these guys were going to force the issue, because they've done this for five years — this isn't the first year they've done it. Now they're videotaping it and sending it to the IRS, to just try to poke the hornet's nest of the IRS and say, 'Please take us to court.' Because they're trying to get this forced into a court case, because they think they can win.

"And I, after some thought and talking about it with my writers, I think they're right. ... I think they should be able to endorse from the pulpit. Now whether or not they should get tax-exempt status is another thing, because that is the rest of us subsidizing their political speech. ...

"I think they should be able to do it, but I also think that it's a very dangerous thing to do — not just for our politics, but it's also dangerous for the faith of people who are exercising that right. Because they seem to think that it's a one-way membrane — that they'll get religion into our politics. But they're ignoring the fact that politics will come right back through that gate onto our religion.

"And if you actually have a political party that is this religion, or a political party that is that religion, I think that's a short road to the kind of religious civil war — whether or not it's actually an armed war — but religious civil war that we fled in Europe. America has avoided that. And I think our politics are so horrible these days. ... Why anyone would want that horrible tar on something as fragile as faith is beyond me."

On preparing his guests for interviews on The Colbert Report

"It's very individual. You don't know who is going to be comfortable dealing with me as a character. And I'm sure it can be a difficult booking at times, because as much as I tell people before the show begins that, 'Hey ... I do the show in character, and he's an idiot, and he's willfully ignorant of what you know and care about. Please just honestly disabuse me of my ignorance. Don't let me put words in your mouth, and we'll have a great time out there.' That's easy to say and easy to hear. But it's another thing when you actually get out there, and I am aggressively dumb at you. ... And I'm very grateful for anyone who would come into that odd arena — especially someone who doesn't know the show or isn't a fan of the show.

"And so I say that to every guest so they won't feel surprised — I'm not an assassin. ... When the show first started, I thought, 'I got my knife sharpened and I'm gonna get this ...' And then I thought, 'Why are you gonna get this guy? This guy's your guest. Be welcoming to this person, and then maybe you'll discover something that you couldn't possibly invent.' And it has been absolutely the truth.

"And so I look at every guest as a guest — they're a guest in my home, and I am grateful that they would come here. And I hope people have a good time, and if they don't, it's my fault, or rather, it's my responsibility. Because if I actually get into an aggressive discussion with a guest about something ... and I'm expressing my disagreement satirically, and if they don't enjoy that, that's OK, because I have a responsibility for what I'm saying.

"But I actually do want people to have a good time. Like even after the correspondents dinner six years ago, which was a long time ago now, I wrote President Bush and said, 'I hope you enjoyed it. I hope there's some part of it you enjoyed, because it was an honor to do the show for you, and I really did want everyone to laugh.' "

Read an excerpt of America Again