Accessibility links
Three-Minute Fiction: Order Up I told him it was a pleasure to meet him and that it was an absolute honor. He said he needed more time to think, so here I am watching and waiting. Two broad, expressionless men stand at each side of the front door of Bragg's Brunch n' More.

For Round 9 of our Three-Minute Fiction contest, we asked you to send us original works of fiction that revolve around a U.S. president, who can be real or fictional. Our winner was "The Dauphin." 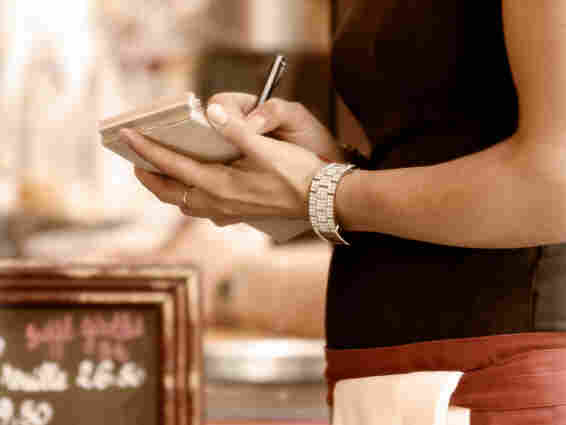 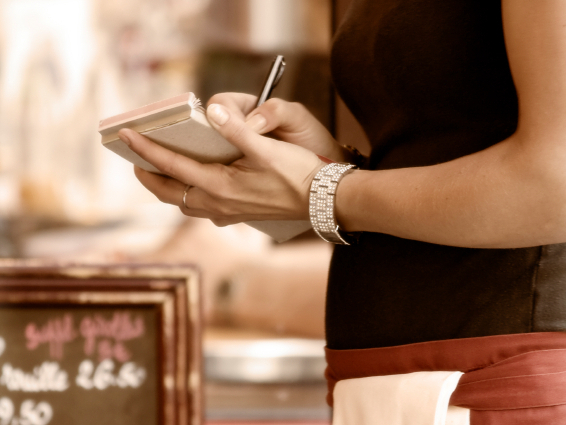 I told him it was a pleasure to meet him and that it was an absolute honor. He said he needed more time to think, so here I am watching and waiting. Two broad, expressionless men stand at each side of the front door of Bragg's Brunch n' More. We had a slow weekend, and I was worried these goons weren't going to let new customers into the restaurant. I know Bragg's will benefit from a visit from the president in the long run; we might even make the 6 o'clock news. But me? I have rent due in two days.

He closes the menu and I start toward the table, but then he opens it again so I pause. President Bennett Marshall III has a head the size of a cantaloupe, and I smelled his cologne the minute he walked in. Don't any of those Secret Service guys pull the man aside out of sheer courtesy and tell him that a single spray will suffice when you're wearing the expensive stuff?

He closes the menu again.

"Hello again, Mr. President. Can I refresh your coffee?" I ask. I'm shaking. I'm nervous even though I have no good reason to be. It's probably statuesque men in their dark suits, standing behind me and watching my every move.

"Indeed it is," I say, and begin to pour, pretending not to notice the little bit of grounds that are collecting around the rim of the mug. "More cream?"

He shakes his head no. Then shrugs and shakes it yes, maybe he would.

"I'll bring you a few creamers, in case. Would you like a few more minutes?"

"Eggs Benedict," I say. I'd never had it, but it sounds, and looks, presidential. He looks at me for a long time, as if waiting for me to elaborate. "The pancakes are really good, too. We have pancakes with bacon in them," I say.

"I do like bacon. Not the healthiest, though," he pats his flat stomach. I feel that shaking in my legs again, creeping down to my knees now. When the president looks right at you, let me tell you, it's like he staring right through you.

"You know, North Carolina has the best places in the world to get bacon."

He laughs. "I bet so. Katherine, I'll try the bacon pancakes."

"Great!" I am smiling in a way that makes my cheeks hurt.

"On second thought," he says. "I'd like the eggs Benedict with a side of bacon."

"Or," he begins. I keep my pen poised, ready to scratch out yet another order, which I do. After two more, I get a final decision. I rush away before he can change his mind again and call out the over-easy breakfast special to the guys in the back.

When I return to find no new customers, the goons still at the door, and cloudy smell of musk, I notice the president's water needs to be refilled. As I greet him yet again with my wide smile, he says, "Katherine, you know, I think I'd like to try those bacon pancakes after all." When I make eye contact this time, I don't shake. All I can think is the man better leave a cash tip.