Accessibility links
Domestic Abuse Victims Get Chance At Freedom Women in California prisons for killing their abusive partners may get a chance at freedom. Gov. Jerry Brown recently signed a bill that allows new evidence to be considered in decades-old cases. 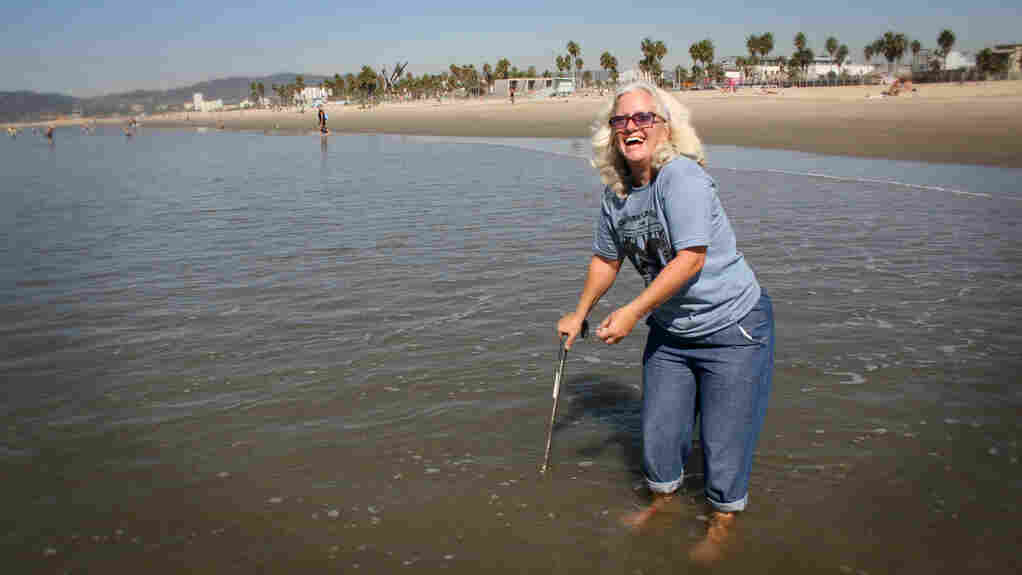 Brenda Clubine received a sentence of 15 years to life in 1983 for killing her husband. While in prison, she started the support group Convicted Women Against Abuse to help victims of domestic abuse like herself. When she was released in 2008, her first request was to see the beach in Venice, Calif. Courtesy of Sin by Silence hide caption

Brenda Clubine is a platinum blonde with focused blue eyes and a no-nonsense demeanor.

She spent 26 years in prison for killing her husband. After enduring beatings and emergency room visits, she says, it finally ended in a locked motel room where he told her to give him her wedding rings.

"I said, 'Why?' He said, 'Because tomorrow they won't be able to identify your body without them,' " Clubine says.

She hit him in the head with a wine bottle, and he died of blunt force trauma. She got out of prison four years ago, but many women with stories similar to Clubine's are still behind bars. 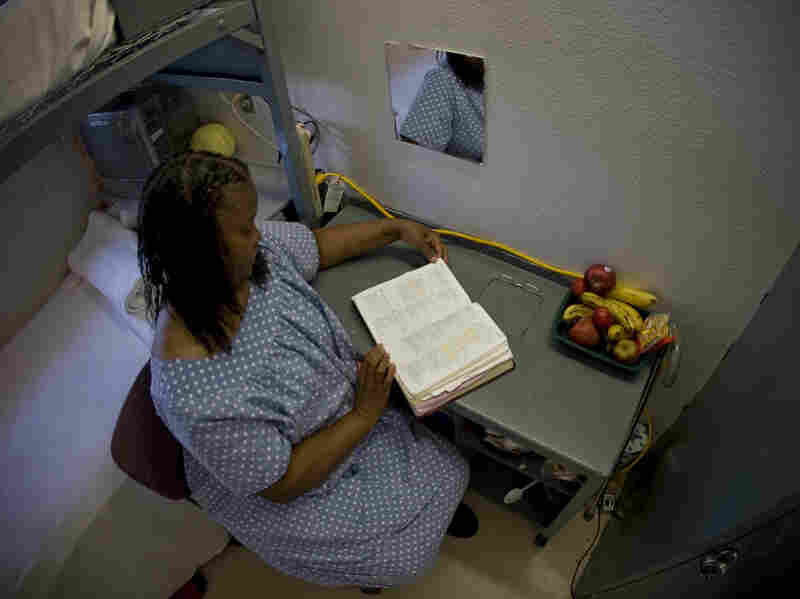 LaVelma Byrd, photographed at the California Institution for Women in Chino, Calif., was convicted of murdering her husband in 1994. She never let on that her husband beat her on a regular basis. She is not eligible for parole until 2020. Misty Dameron/Courtesy of Sin by Silence hide caption 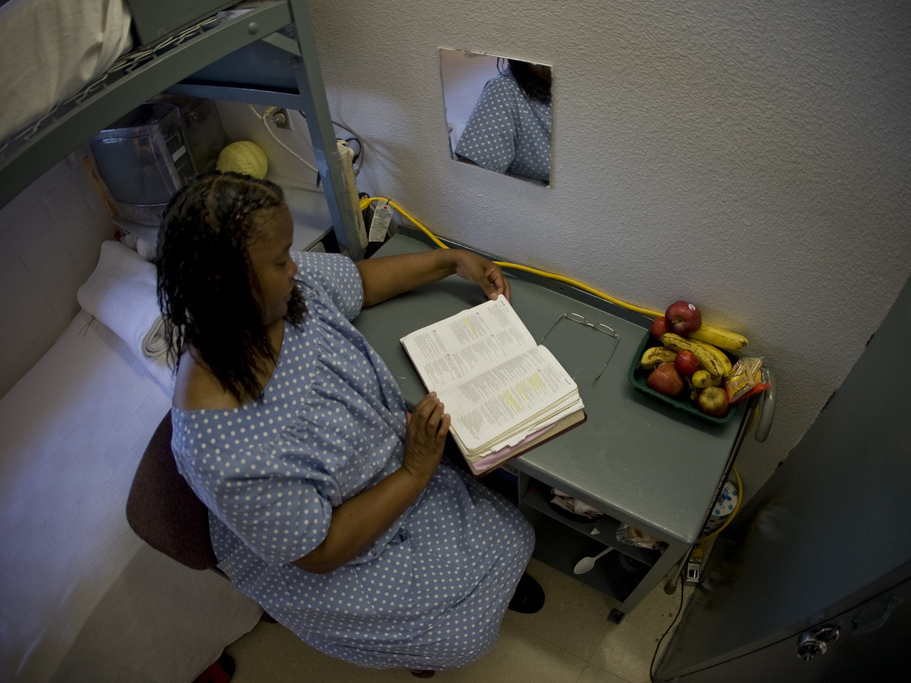 LaVelma Byrd, photographed at the California Institution for Women in Chino, Calif., was convicted of murdering her husband in 1994. She never let on that her husband beat her on a regular basis. She is not eligible for parole until 2020.

Misty Dameron/Courtesy of Sin by Silence

Now, those women may have a chance at release. California Gov. Jerry Brown recently signed a bill to allow new evidence to be considered in the cases of women serving decades-long sentences for killing their abusive partners.

At least once a month, Clubine returns to the prison to attend the support group she started more than two decades ago, Convicted Women Against Abuse.

Sitting in a circle are women of all ages, but the older ones stand out. Some have walkers, while others have bandaged legs or arms. Other wounds are invisible.

"My arrest photos show [my husband's] kick prints all up and down my back," says inmate Glenda Virgil.

Virgil is in a wheelchair. She has had back surgery and a number of medical issues that she counts off on her fingers. She's 65 and has spent close to 27 years in prison.

"He had said — threatened — to kill me before, but he had never said he was going to kill himself and me in the same breath, and then our dog too. He was going to take us all," Virgil says.

The prison-issued muumuu that Rosemary Dyer is wearing looks like something out of the 1950s: white polka dots on slate gray. She's 60 years old and has been in prison since 1988 for killing her husband.

Dyer says that in the past few years she has received letters from victims of domestic violence asking for advice. For six months, she corresponded with a young woman being abused by her baby's father. One day, the letters stopped. She later heard what happened.

"He killed both of them," Dyer says, fighting back tears. "And the only thing I could think of was what more could I have said to express to her the importance to get away."

About a half-dozen of the women in the support group, including Virgil and Dyer, are featured in a documentary about incarcerated battered women called Sin By Silence.

The film's director sent a copy of the documentary to California Assemblywoman Fiona Ma, chairwoman of the Select Committee on Domestic Violence. After seeing the film, Ma wrote legislation she called the Sin By Silence Bills. One of the new statutes allows incarcerated victims of domestic violence to refile for a writ of habeas corpus.

"These cases were tried prior to Aug. 29, 1996, and back then the judge did not allow expert testimony related to battered women syndrome as part of the defense," Ma says. "Had they presented it today, they probably would have received no sentence or involuntary manslaughter."

Cory Salzillo, the legislative director of the California District Attorneys Association, says the new law gives too much leeway for dealing with new evidence.

The law doesn't guarantee freedom or even a hearing. It's hard to find pro bono lawyers to take the cases, because the process can take years.

Back at the California Institution for Women, Virgil says that since landing in a wheelchair, she has lost the one prison job she enjoyed — training service dogs. She has had one parole hearing after another, but this change in the law gives her hope.

"I don't think I have much life left. I'm going to fight for it, though," Virgil says. "A year ago I didn't really much care. I just want to be a grandma. I want to be able to hold my grandchildren."

The two-hour support group ends, and the women file outside where the temperature has finally dropped below three digits. Under a half moon, they join other inmates strolling the familiar cement paths of the prison yard.

At 9 p.m., it's the yard recall. The women return to their cells, locked in for the night.